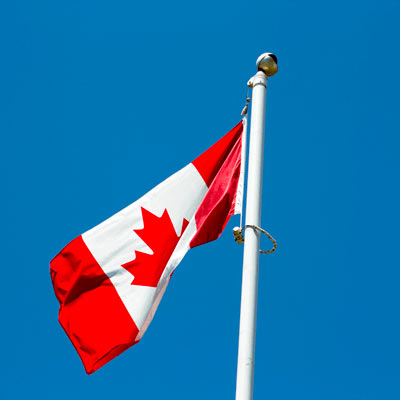 Port Credit has what everyone looks for in a neighbourhood, convenience. On top of that it continues to remain one of Mississauga’s most desirable neighbourhoods thanks to its proximity to the Lakefront, its collection of fun shops, bars, and restaurants, and its easy access to Toronto by both car and public transportation. Port Credit is one of those neighbourhoods that used to dominate Mississauga and it’s the type of vibrant community that everyone is craving for once again.

Mineola is one of Mississauga’s ultimate “move up” neighbourhoods. Its streets boast multi-million dollar homes, custom builds, and give off that “cottage in the city” type feel. It’s ideally located with access to the City Centre, QEW, and Lakeshore within minutes, but is tucked away, quiet, and tranquil. Mineola has a great balance and that’s why it’s one of the most attractive neighbourhoods in Mississauga.

The people of Mississauga say you need to think of Lisgar as Meadowvale’s younger sibling. The two neighbourhoods share a border and often blend into each other. The difference is that Lisgar is a more newly developed, planned neighbourhood. Developed in three phases over the better part of 15 years, Lisgar is one of Mississauga’s youngest neighbourhoods. Tucked away in the very Northwest corner of Mississauga, Lisgar has seen young families flock to its neighbourhood. With its ideal mix of affordability, distance to public transportation, and overall quiet, picturesque streets, Lisgar has seen a huge surge in demand and home prices have quickly increased.

Known as the King of the hill, Lorne Park is often see by most as Mississauga’s most prestigious neighbourhood. On the weekend, families will take a stroll or drive through its gorgeous tree-lined streets that boast a mix of luxury million dollar, custom builT, and old-fashioned cottage-style homes. When you enter Lorne Park, you immediately recognize the pride of ownership of its residents. It carries with it a very prestigious yet down-to-earth balance. You don’t feel out of place, but rather want to immediately join this fantastic neighbourhood.

Central Erin Mills has settled nicely into one of Mississauga’s mature neighbourhoods. It is now what would be considered a move up neighbourhood with most of the homes in the area being traditional 2-storey detached. This has driven younger families to look at its more affordable neighbours. However, redevelopment of the Erin Mills Town Centre and the surrounding areas will transform this neighbourhood into a City Centre light for North Mississauga. Condo projects by Daniels and Pemberton have already launched and will give residents more condo options to choose from.

Known to locals as “The Village in the City”, Streetsville is defined by its main street downtown strip and older, diverse mix of housing. It’s essentially the Port Credit of the North with a tighter sense of community which is vibrant and hosts numerous events throughout the year including the Santa Claus Parade in the winter and Bread and Honey Festival in the summer. Victoria Park is placed nicely behind Main Street and there is also a great trail and park for kids and families to explore. Streetsville has something for everyone of all ages.

Mississauga is an energetic and beautiful world class city with a great deal putting it all on the line.

This is your comprehensive guide to spending in the capital city of Canada.