Want to experience the Canadian dream? Discover these 4 inspiring stories of immigrant women entrepreneurs founded their businesses in Canada. If you want to work in Canada, look out and see how you can succeed as an immigrant.

4 Immigrant women of inspiration in Canada

There is a good reason why Canada is considered one of the most welcoming and friendly countries in the world, not only in terms of the quality of life but also, more importantly, the economic opportunities available. Canada is a country that has worked hard to create a favorable economic environment that challenges as well as encourages its citizens to be creative and pursue entrepreneurship.

As Canada continues to grow economically and socially, many of the immigrants that moved to the country in the last few years have benefited from this environment and it is for this reason that we pay tribute to some of the most inspiring stories of immigrant women entrepreneurs that found their business breakthrough in this country. 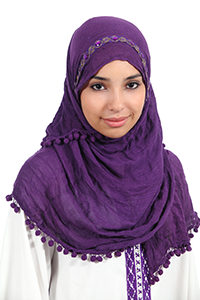 Named as one of Canada’s Top 100 Most Powerful Women in 2015, the Egyptian-born woman is the co-owner and chief executive officer of WeUs Them, an innovative marketing communications company based in Halifax, Nova Scotia.

Faten Alshazly moved to Halifax as a teen with her parents in 1994 and upon arrival, she immediately embraced the difference in culture and attitudes from her home country while still maintaining the values she grew up with. Her company provides strategic communications services to international clients such as Xerox and ESPN, and she credits her rapid rise to the pinnacle of the business world to her open-mindedness and the humility of the Canadian people who welcomed their family with open arms. She proudly states that Canada has given her so much that she wants to give back and one of those ways is by the community work she does in providing mentorship and motivational talks in Nova Scotia.

The Dalhousie University, computer sciences graduate advises fellow immigrants in Canada and those with ambitions of moving to the country to be open minded and embrace the Canadian culture and the opportunities it has to offer.

The owner of ColombiaExotic, a company that imports exotic fruit from her native country of Colombia, the yellow Pitahaya she established in 2012. Her business serves the increasingly diverse Canadian consumer market with a fruit that has many known health benefits. She moved to Canada in 2003 armed with a business degree and upon arrival, immediately set out to upgrade her academic qualifications.

Her highly successful company is a supplier to Canada’s largest food distribution Company, Loblaw’s, who she has been in business with for the last five years. Despite her prior experience in Importation business, she is purely driven by her passion which she attributes to the Canadian attitude of not giving up and pursuing one's dream to the very end.

She has set up plans to extend her business portfolio to include the importation of other exotic fruits such as yellow passion fruit and purple passion fruit, she advises fellow immigrant women in Canada and everyone for that matter to simply plan and pursue their dreams as Canada has all the rest covered in terms of economic opportunities and infrastructure. 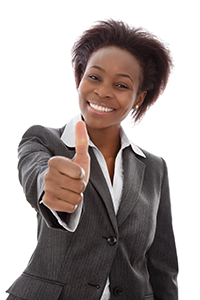 An architect by trade, Margaret moved to Edmonton from Ghana with her husband who was enrolled at the University of Alberta, and she had no intention of staying forever once her husband was done with his PhD studies. That soon changed when she was denied a post at an architectural firm. She offered to work for free and soon became indispensable to the company, so much so that she was offered a full-time job after only three months.

She worked for the company during the day and in the evening worked as a home carer, and was soon inspired by the home care job to create her own company called Aomega Group Ltd, which specializes in building and managing personal care homes in Calgary. Different from nursing homes, these are real houses that accommodate 6 or 7 people with 24/7 staff on hand. Her architectural skills helped her build and create customized home care homes with the client’s needs in mind.

Recently named the president of The Ghanaian Canadian Association of Calgary and "The compelling Calgarian of 2015", her advice is for immigrants in Canada to believe in themselves, never take no for an answer and more importantly, take advantage of the countless opportunities Canada has available to them.

The Ottawa-based owner of BioSecrets has one dream, to share a piece of her culture and make Canadians beautiful. Her company that she set up in 2006, only two years after she escaped the civil war in her country and moved to Canada with just $100 in her possession , sells organic argan oil from Morocco.

She came to the country with a diploma in business studies and found a job at a local bank soon after arriving, but was laid off the next year when the bank moved to another province. Sihem saw this as a blessing in disguise and an opportunity to fulfill her long-held dream of owning her own business. She wanted a business that would have a connection to her home region of North Africa, hence BioSecrets and the oil that is known as liquid gold in the beauty industry.

Benali connected with a co-operative of Moroccan Berber women, a native tribe that resides in the argan forest who extract the oil. The Canadian women fraternity in Ottawa was quick to take to the benefits of the oil much to the surprise of Benali, and now her business has grown in leaps and bounds.

Sihem Benali hopes her story will inspire other immigrants in Canada. “Canada is the true land of opportunity and I am the biggest example, I arrived with $100 in my pocket and today I am a successful woman entrepreneur, if I can do it, so can you.”