Those who get to call themselves Canadian are really lucky and with Canada welcoming approximately 285,000 new permanent residents, Canada’s immigration intake still remains the highest per capita in the world. Immigration is a huge adjustment, with the first five or 10 years being the most difficult.

From Ukraine To Canada: The Heartwarming Story Of Dmytro

Those who get to call themselves Canadian are really lucky and with Canada welcoming approximately 285,000 new permanent residents, Canada’s immigration intake still remains the highest per capita in the world.

Immigration is a huge adjustment, with the first five or 10 years being the most difficult. The challenges are many, but each generation of immigrants builds a foundation for the future – both for themselves and Canada.

Everyone has a story. Many newcomers have experienced journeys to Canada that range from heartwarming to harrowing. Like the recent heartbreaking scenes of immigrants fleeing the US into Canada by braving horrible and dangerous winter conditions.

However, It is not all doom and gloom, however. Today, immigrating to Canada has become a life-changing experience for many, and with plenty of success stories to tell. One of these stories is Dmytro’s. 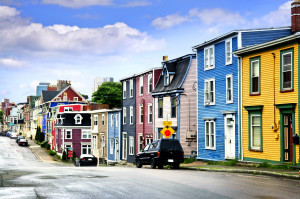 Take the story of Dmytro Ponomarov, who after the struggle of fleeing Ukraine in 2014, now enjoys a healthy life with his family in Prince Edward Island. Today Dmytro is the picture of contentment.

Dmytro’s story is of courage and the love one has for his family. It also brings to light how Canada continues to play an important role in the world today. Today, by accepting people from all walks of life and giving them an opportunity to be the best they can.

Growing up in Ukraine, Dmytro Ponomarov says he was afraid for his safety. “Aggression was something you experienced in almost every aspect of your life. Besides someone’s parents, and only to the best of their ability, there is no one who can really protect you. So, when I was in Grade 5 I learned how to box. I was a four-time Ukrainian national champion.” He says.

Years later, as an adult who was starting a family, Ponomarov wasn’t going to let his kids feel the same way.

In 2014, Ponomarov watched the news footage of people being shot by snipers in Ukraine’s capital, Kiev. He said it was the straw that broke the camel’s back and which prompted him to begin the immigration process for his wife, Olene and their infant son

“Through my teenage years, I always considered myself different and wanted to move or travel to Europe or North America,” said the now 32-year-old.

So, he decided to try his luck and immigrate to Canada. In 2015, he begun the process. By October, he had taken the International English Language Testing System exam and had an overall score of 7.0. Around the same time, his wife gave birth to their second child, a daughter.

“I submitted our documents and in about two weeks we got a response from P.E.I.’s immigration officer, which granted us nomination to apply.

“In January 2016, we submitted our documents for federal consideration. Five months later we had our visa interview in Kiev and then on Sept. 24, we arrived in Canada.” He says proudly.

Growing up in a war-torn country taught him life lessons that few Canadians could imagine. “My children are very happy in Canada,” he says, smiling. “They don’t hear gunshots at night.” His hopes for their two children revolve around them having a good education. 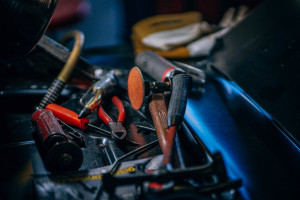 Before coming to Canada, Ponomarov worked as a service technician. Five months into living as an Islander, he was hired by Eastlink. “It was my dream job opportunity to be able to stay in the field I had been working in for seven years in Ukraine.”

His wife Olena is also enjoying the Island, since learning English, applying to study accounting technology at Holland College, he said.

“It makes me so happy to see her take part in all possible activities to make herself independent and figure out the life she wants her. And the way they taught English really inspired her to continue studying. It’s completely different than the way we are taught in Ukraine. I feel so lucky about everything. We are building the lives we want to have, not one we’re forced to have. Our children are the best part to all of this. We see how they are growing, speaking English and Russian and are in such a great environment. Tells me we made the right decision by coming to Canada.”

In addition to studying, the family are committed to saving money for the citizenship application fee. That in itself is a huge commitment. And shows how much they love being in Canada.

Do you know the name of Canada’s highest mountain? Or who was Sir Samuel Steele? They are just two sample test questions on the Canadian citizenship exam. Their Canadian story will surely only get better. Theirs is a story of hope, love and a country that has embraced them in ways their own country did not.

Sometimes we become complacent about our country. Good, old, reliable Canada, our home and native land. Sometimes we need to hear from newcomers to shake that indifference. Freedom is a rare commodity in much of the world.