For those who want to migrate to Canada, Manitoba has invited 313 candidates through the Manitoba Provincial Nominee Program (MPNP). The MPNP is a Canadian immigration program that allows the province to welcome new immigrants.

313 Skilled Workers Invited To Apply For Immigration To Manitoba 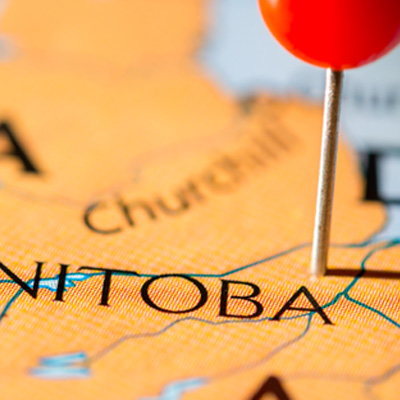 Manitoba has invited 313 candidates for immigration to the province through the Manitoba Provincial Nominee Program (MPNP). The MPNP is a Canadian immigration program that allows the province to welcome new immigrants who have the ability to establish themselves and their families in Manitoba, based on the eligibility criteria set by the province.

In the latest MPNP draw for skilled workers which took place on March 16, a total of 250 candidates were issued with a Letter of Advice to Apply (LAA) under the criteria for the Skilled Workers in Manitoba sub-category.

The remaining 63 LAAs were issued to candidates in the Skilled Workers Overseas sub-category who were invited directly by the MPNP under a Strategic Recruitment Initiative.

Every candidate who has been issued an LAA had previously submitted an Expression of Interest (EOI) to the MPNP must first submit an EOI, then get an LAA, before submitting an application for a provincial nomination certificate. With this certificate, the applicant may then apply for Canadian permanent residence.

The MPNP for Skilled Workers was established to help employers in Manitoba to find foreign talent to complement their existing workforce. The government of Manitoba selects experienced workers who have made an Expression of Interest in immigrating to the province and who have the skills needed across the local labour market.

These skilled workers are then nominated to receive a provincial nomination certificate from the MPNP. Upon receiving this certificate the nominated person may then apply to the federal government for permanent resident status.

These immigration options may be particularly attractive to individuals who may not be eligible to immigrate to Canada through the Federal Express Entry immigration selection system, as the eligibility requirements are different.

Under this sub-category of the MPNP, applications are accepted from qualified foreign workers and international student graduates who are currently working in Manitoba and have been offered a permanent job by their employer in Manitoba. Skilled workers in Manitoba are not subject to a points-based system assessment to determine their eligibility.

This MPNP sub-category is for qualified skilled workers who may be outside Canada but who can demonstrate a strong connection to the province and its labour market. A point’s based system is used to assess candidates according to factors such as age, work experience, language proficiency, education and adaptability.