Unlike the USA, Canada welcomes Mexicans. Mexico now has a special agreement with Canada allowing its citizens to visit Canada without a visa. The process is usually fast and can be approved within minutes.

Ahead of the Visa requirement removal for Mexican citizens, Canada has invited them to apply for an eTA in advance 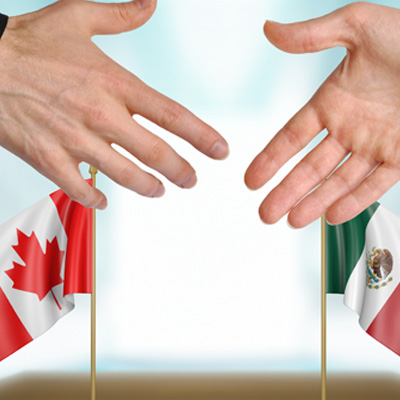 The eTA process is simpler and much shorter, and Mexico will now join a host of other countries that have a special agreement with Canada allowing its citizens to visit Canada without a visa. An eTA is an electronic document linked to an individual’s passport, and the application is completed online although in other cases a paper application is used. The process is usually fast and can be approved within minutes, an eTA is typically valid for five years or until an individual’s passport expires, whichever comes first.

After the visa lifting on December 1, 2016, Mexican citizens travelling to Canada by air will need an eTA whereas those travelling by land or sea will need to present their travelling document, a passport for example, at the port of entry into Canada.

In his press statement ahead of the visa lifting, Pierre Alarie, Canada’s ambassador to Mexico said “being able to apply early for an eTA provides Mexicans traveling to Canada time to get their travel documents they need, to take full advantage of the anticipated visa-free status in the immediate days after the visa lift.”

Reasons for the visa lift

In a statement, the Prime Minister said, “This move will make it easier for our Mexican friends to visit Canada while growing our economies and local communities.” Canada is pleased to deliver on the government’s commitment to lifting the Visa requirement for Mexican citizens. We look forward to the social and economic benefits that lifting of the visa requirement will bring to both countries, especially to the middle class here in Canada” he added.

Learn more about the future plans of the Canadian border!

US-Canada border may open after 75% of Canadians are vaccinated.

COVID-19 Update: See which industries, jobs in Canada, and Canadian Immigration have been affected by coronavirus restrictions.