Want to visit Canada as tourist? Great news if you are from Brazil, Romania or Bulgaria, you no longer need a Temporary Resident Visa (TRV) from the 1st of May 2017. In addition, Canada intends to lift visa requirements for all.

Brazilians, Romanians and Bulgarians No Longer Need a Visa to Fly to Canada 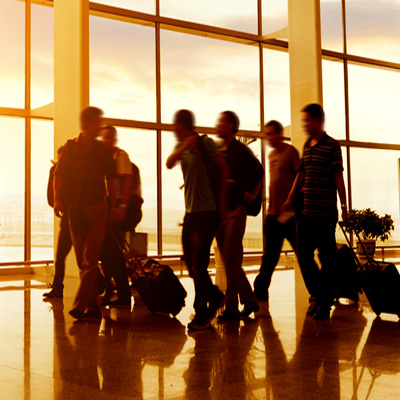 Effective May 1, 2017, certain citizens of Brazil, Bulgaria, and Romania will be able to travel to Canada without first having to obtain a Temporary Resident Visa (TRV, otherwise known as a visitor visa). Instead, these individuals will have to apply for an Electronic Travel Authorisation (eTA), which is a quicker, cheaper process, before boarding their flight.

This new procedure applies to citizens of one of the three countries who have held a Canadian visa in the last 10 years or who currently hold a valid United States (U.S.) non-immigrant visa (visitor) visa. Any individuals who do not meet this criterion, or are travelling to Canada by car, bus, train or boat will still need a TRV.

In addition to that, Canada intends to lift the visa requirements for all Romanian and Bulgarian citizens on December 1, 2017. However, the government has not stated if or when the same policy may be implemented for Brazilian citizens.

The eTAs became mandatory for visa-exempt travellers in November 2016, more than 3.6 million eTAs gave been issued since the system was launched on August 1, 2015. Before the introduction of the eTA system, visa-exempt foreign nationals seeking entry to Canada were not systematically screened for admissibility until they arrived at a Canadian Port of Entry.

Commenting on this new initiative, Canada’s Minister of Immigration Ahmed Hussen was quoted as saying, “this initiative will make it easier for eligible travellers to come to Canada and to transit through a Canadian airport. It will also encourage them to make repeat visits. The end result will be more travel and tourism and more economic benefits for Canadians.”

It is important to note that, individuals seeking to obtain an eTA are first required to fill out their personal information and answer a few basic questions relating to criminal or medical issues.