While there’s uproar and lack of empathy towards immigration in other parts of the world, especially in the united states, Canada refuses to join in. A recent study reveals 8/10 people believe immigration is good for a country. 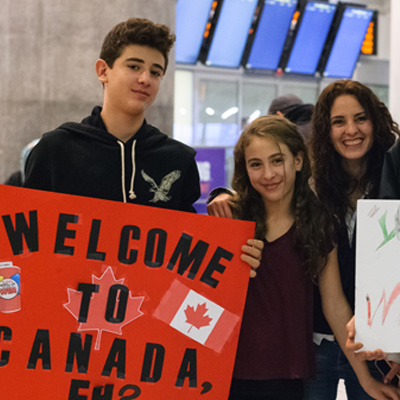 It appears that Canada does not follow the crowd in regards to how the country’s citizens view the immigration policies. While there’s uproar and lack of empathy towards immigration in other parts of the world, especially in the United States and parts of Europe, Canada refuses to join in, so much so that 8 in 10 people believe that immigration is good for the country’s economic prosperity.

In a new study that was released recently, it was found that many Canadians do not share the belief that immigration levels are too high, on the other hand, a growing number of the Canadian population have confidence in the immigration controls and its effectiveness in keeping out criminals out of the country.

The data from this study is derived from a combined study done by the Environics Institute and Canadian Race Relations Foundation, that was conducted between October 3 and 16.

Environics has for the last 40 years been involved in surveys on the Canadian opinion and attitude towards immigration. The recent study has found that very few Canadians today have concerns about immigrants not adopting “Canadian values” and it is the lowest to be recorded in the last two decades. The study goes on further to say that 9 out of 10 Canadians said people born elsewhere are just as likely to be a good citizen as someone born in Canada.

The study findings have come out at a time when a few opposition politicians in Canada, including current and prospective leaders, have proposed for policies that will help safeguard “Canadian values” from perceived threats.

However, the vast majority of the general public do not share these beliefs, and the government at Federal and Provincial levels has encouraged higher immigration levels.

The study also states that most Canadians do not think that immigration increases crime rates, and an even smaller group believe that refugee claims are not legitimate. Although 36 percent of the 2,000 respondents admitted that the country has taken in too many Syrians because of the ongoing refugee crisis, their main concern has been whether Canada can support them once they arrive and how it will manage resources diverted from other government projects, as opposed to a fear of the newcomers failing to fit in or posing some security threat.

The findings have come at a time when the Canadian Minister of Immigration John McCullum, is soon scheduled to announce a bold new immigration plan for the next few years. The Minister has stated his wish to “substantially increase” the overall immigration levels.