Canada has taken the slow road to tolerance but has emerged as the most tolerant country worldwide in prevailing years. Keep reading to find out more.

Same Sex. Different Day: Just How Liberal is Canada Towards the LGBTQIA+ Community? 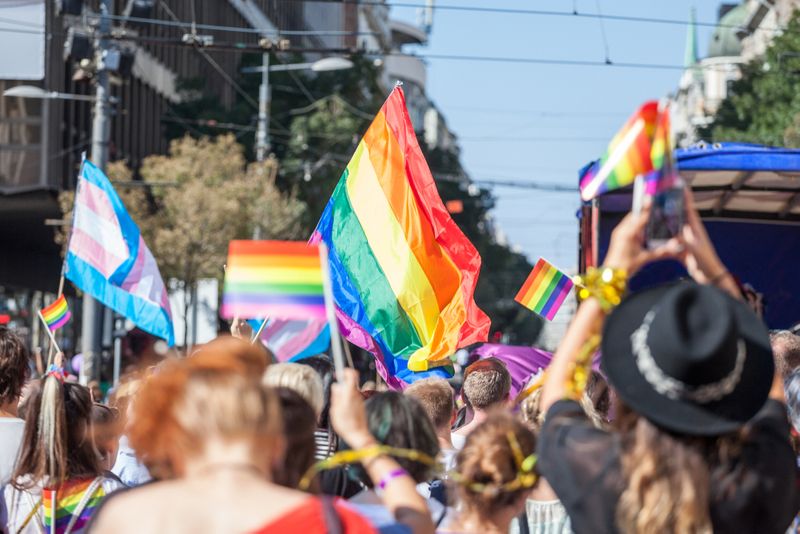 “Pride is about so much more than a parade. It’s about celebrating our differences, and supporting one another no matter whom we love.”

Canada has a mixed legacy regarding tolerance, however, has emerged as one of the most dynamic, multicultural, and tolerant places to live in the world. It has made tremendous leaps, especially with regards to same-sex marriage and the rights of the LGBTQIA+ community.

In 2005, Canada became the fourth country in the world to legalize same-sex marriage with its Civil Marriage Act, which is a phenomenal landmark, however, the move towards a more tolerant society began long before this. In 1969, same-sex sexual activity was decriminalized when the Criminal Law Amendment Act came into effect. Most people also do not realise that same-sex marriage was actually introduced on a federal level as early as 2003 in Ontario.

Same-sex couples have also been allowed to adopt since 1996, with British Columbia leading the way. Since 2011 all provinces have legalized it.

Canada celebrates a number of pride celebrations, but the most well-known has to be Gay Pride, which is celebrated in all major cities in Canada and is attended by Canada’s prime minister, Justin Trudeau. One of the largest Pride celebrations in the world is Toronto Pride which draws in over 1 million people each year.

Today, Canada celebrates International Day of Tolerance, encompassing all that it means to live in a community free of religious persecution and discrimination, with rights to equal treatment, dignity and freedom of choice.

To find out how you and your loved one can immigrate to Canada, simply click the link below to speak to one of our highly trained immigration consultants or keep reading to find out what some of your best options are to relocate to one of the most dynamic and tolerant communities in the world.

The Express Entry system manages 3 federal economic programs and fast tracks your Canadian visa application and can be processed in as little as 6 months. If you are successful in taking the express path to Canada you will not only receive permanent residence for you and your family, but they will also be privy to wonderful public benefits such as free healthcare as well as free public education up until Grade 12.

Express Entry is based on certain factors such as your age, education, language ability, work experience, and adaptability but did you know that your spouse’s skills and work experience can help boost your core CRS points? Keep reading to discover more ways to get the perfect CRS score.

The Provincial Nominee Program allows you to immigrate to Canada if you want to live and work in Canada and have a valid job offer. A job offer will add towards your additional CRS points but perhaps the best way to boost your CRS score is to receive a PN (Provincial Nomination). Getting your hands on a PN means 600 extra points to add to your CRS score, making it virtually a done deal that you will receive an Invitation to Apply for permanent residence in Canada.

1. Can same-sex couples get a visa for Canada?

Yes. There are various ways that your partner could get a visa in Canada. Some immigration programs like those managed by the Express Entry system or the Atlantic Immigration Program, allow couples to apply to immigrate to Canada together. You can even bring your partner with you on a study visa if they are eligible for a study permit, work permit, or visitor visa. Another option is to sponsor your partner through the Family Sponsorship program if you are a Canadian citizen or permanent resident living in Canada.

2. Can I sponsor my same-sex partner in Canada?

Yes. As long as your partner is admissible to Canada, and has supplied all necessary forms, documents, and extra information required, like medical exams and biometrics, they should be eligible to be sponsored to move to Canada. You will need to be a Canadian permanent resident or citizen living in Canada, and over the age of 18 in order to qualify as a sponsor. You can sponsor your spouse, common law, or conjugal partner through the Family Sponsorship program.

3. Can you get citizenship through same-sex marriage in Canada?

Yes, same-sex couples are afforded the same rights as different-sex couples in Canada. Same-sex marriage has been legal in Canada since 2005, which means that a spouse can be of either sex for your marriage to be recognized in Canada. To be considered eligible to apply for Canadian citizenship you will need to be a permanent resident who has lived in Canada and have filed taxes for at least three out of the last five years . If you are between the ages of 18 and 54, you will also need to pass a citizenship test and prove that your language listening and speaking skills (in English or French) meet the Canadian Language Benchmarks (CLB) level 4 or higher.

Immigration to Canada can be both complex and confusing. By using our accredited Regulated Canadian Immigration Consultants (RCICs)you will not only optimize your chances of success in the visa application process, but you will receive expert advice on which program is best for your personal needs. Our RCICs are registered with the ICCRC and are legally permitted to assist you by evaluating your eligibility, reviewing all documentation, and submitting it to the Canadian government on your behalf.

Don't risk your chances of living your Canadian dream. Let us make sure that all forms are completed correctly and sent in on time. Simply fill out our application form to receive your assessment today and take one step closer to a liberal life in Canada.