Discover the top 5 little-known suburbs to live in Canada. Bonus: Top 6 questions to ask when choosing a neighborhood in Canada. 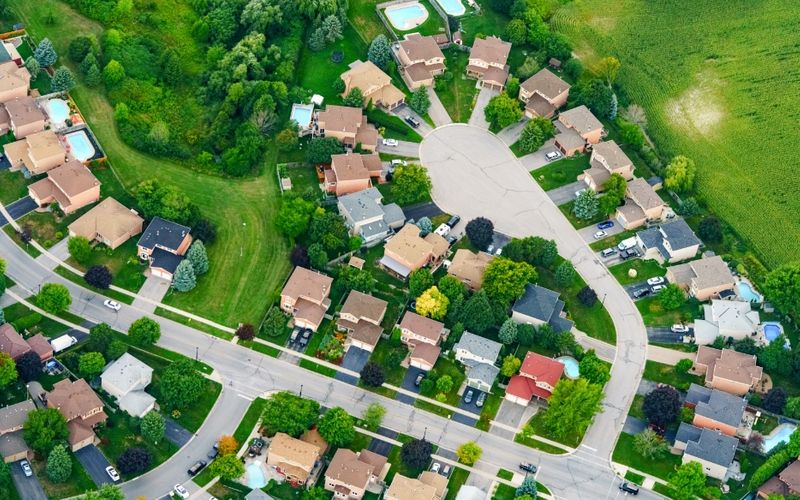 Thinking about moving to Canada? There are thousands of incredible and diverse cities across the Great North but choosing one that’s right for you and your family can be a head-scratcher. There are a few things to consider such as affordable housing, family-friendly neighborhoods, job opportunities, and even the winter conditions.

While one-third of the Canadian population is huddled in Montreal, Toronto, and Vancouver, we’ve narrowed our search to find five little-known yet equally as exciting suburbs to live in Canada for newcomers! 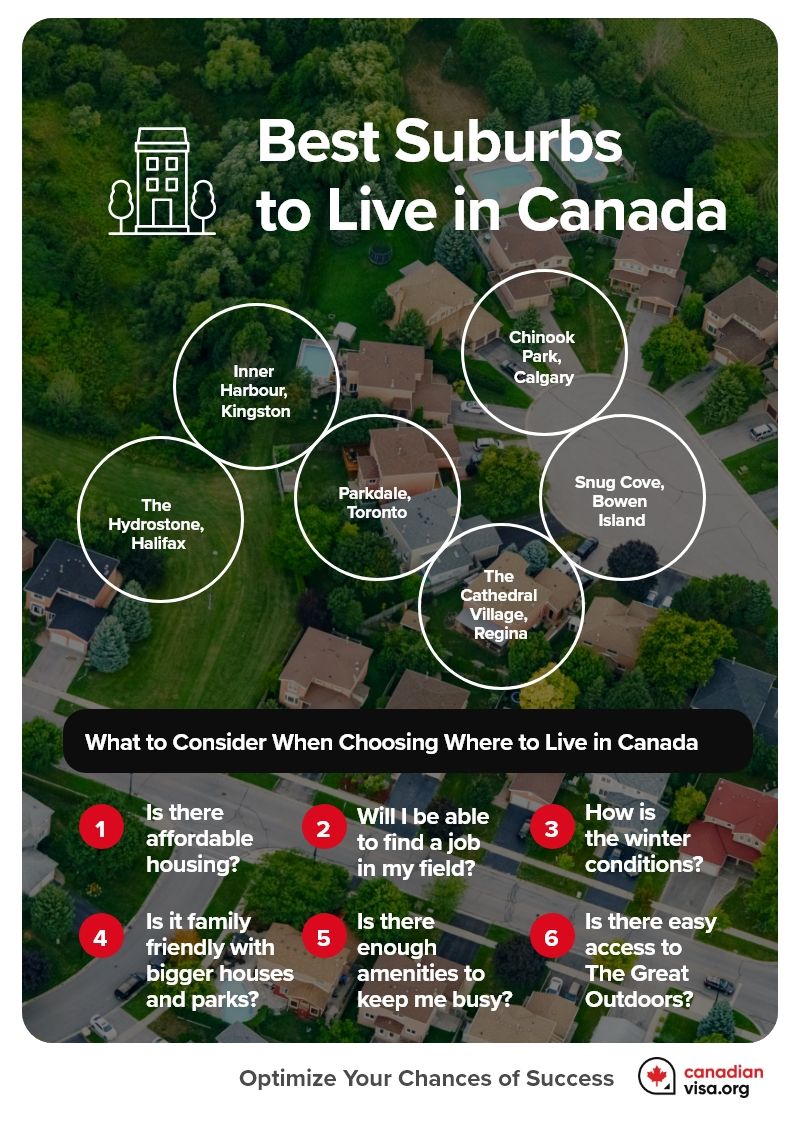 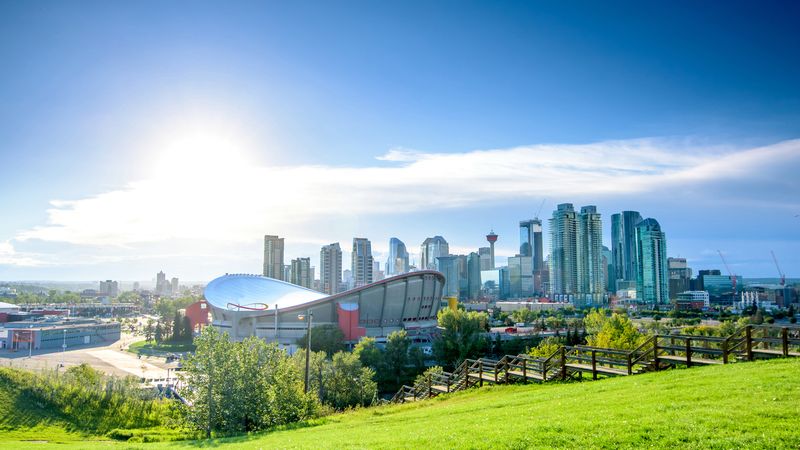 Chinook Park is a small neighborhood with less than 2,000 people that is ideally located in southwest Alberta where the warm Chinook winds flow and is responsible for the pleasant weather. Various green spaces around the neighborhood make it suitable for families that enjoy hiking, biking, and barbequing by the lake. Chinook Park is also close to the highway that gets you into downtown Calgary quickly and easily, and it’s about an hour’s drive from the spectacular Rocky Mountains. Talk about the best of both worlds! To live in this exceptional neighborhood, you’ll pay about 15 percent above the average in Calgary. 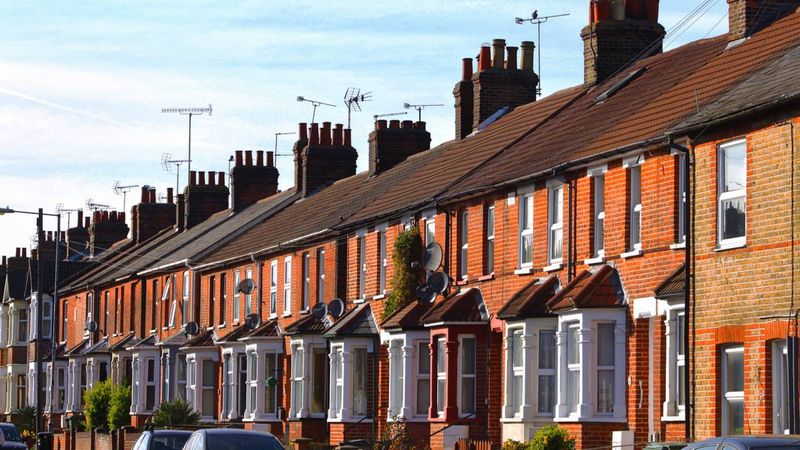 The fairytale neighborhood with the unique name is home to less than 1,000 residents and known for its tree-lined boulevards, circa-1920 row houses, and artisan boutiques. It consists of ten short parallel streets with houses constructed from special cinder blocks. The Hydrostone is the perfect suburb to live in in Canada for single young professionals and couples. It’s the central shopping district of Halifax with the best bars, restaurants, and shops that attract those who enjoy a bustling atmosphere and incredible nightlife. 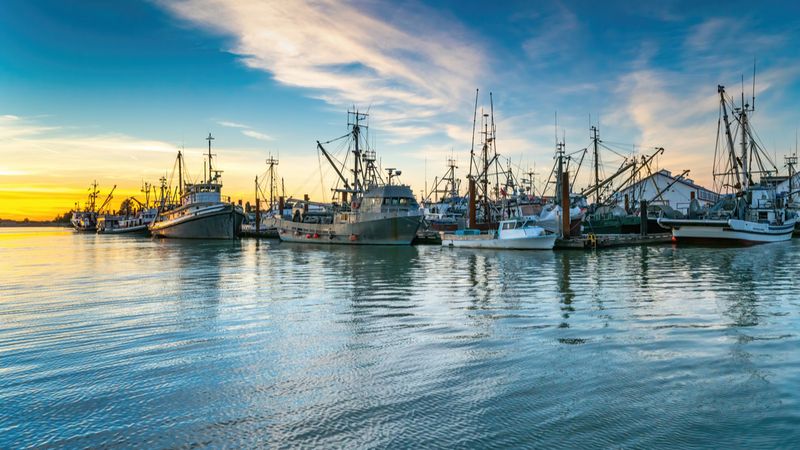 Inner Harbour is a popular neighborhood to live in for working-class families and students who attend the top-ranked university, Queen’s in Kingston, Ontario. It’s situated along the Cataraqui River and it’ll take you about three hours to drive to Toronto from Inner Harbour. Kingston has a vibrant cultural scene with hip restaurants and pubs, lots of local music, and is home to various talented artists. The historic stone buildings, waterfront, and museums make it a popular attraction for tourists. Housing and rentals costs are remarkably affordable at 40% less compared to the provincial average. 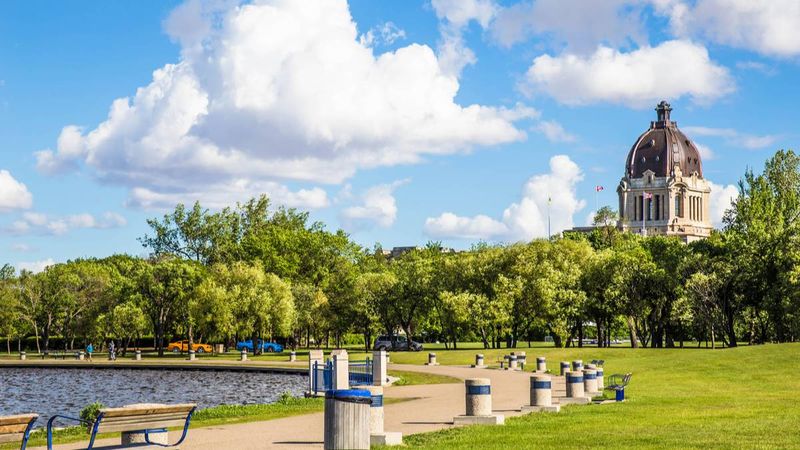 The Cathedral Village is primarily a tight-knit residential area with a diverse population. Commercial businesses can be found at the north and eastern boundaries of the village. But it’s at 13th Avenue where all the neighborhood activities happen. From community potlucks, craft markets, to art festivals and dozens of boutiques and Instagram-worthy murals lining the street. It’s one of the safest suburbs to live in Canada for families and within walking distances to schools, parks, and churches of different denominations. Big families will enjoy the large, older homes in the village and young professionals will be able to rent affordable condos. 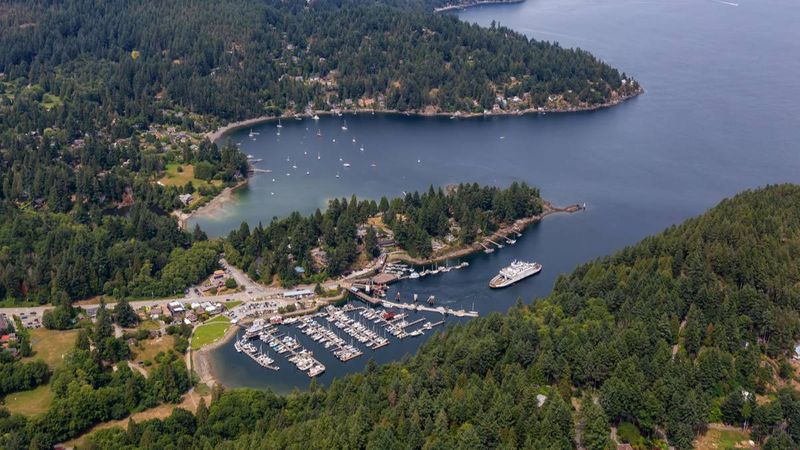 According to an article by the Calgary Herald, “Bowen Island is like being in another time and place.” If you want to live in a suburb in Canada that’s off the grid, you'll love Snug Cove. Situated at the heart of Bowen Island, Vancouver, this small maritime community is where the ferries arrive and depart and where scenes of the popular Netflix hit, Virgin River, were filmed! The Great Outdoors really show off in this part of the island with a large sparkling lake, thick forests filled with long hiking trails, and mountains surrounding you on all sides. What’s more, the town center takes you back in time with cottage-style shops selling artisanal products and delicious baked goods.

Questions to Ask When Choosing Where to Live in Canada 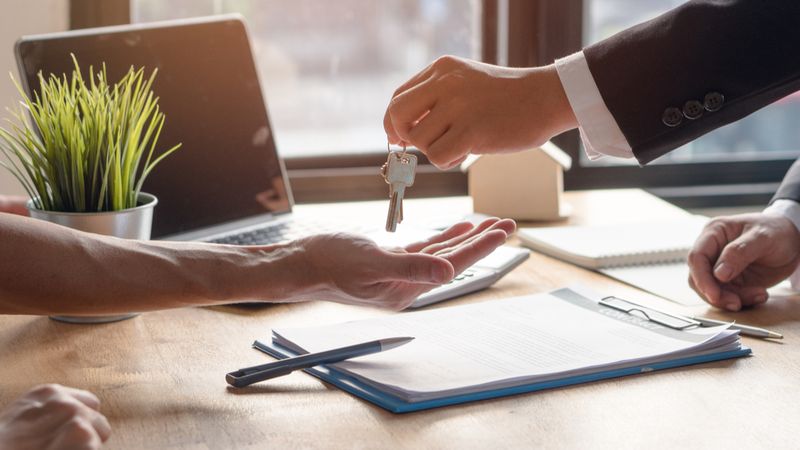 1. Is there affordable housing in Canada?

According to a census, one-third of Canada’s population lives in the three metropolitan areas; Montreal, Vancouver, and Toronto. These areas are popular because they offer more amenities and job opportunities. On the flip side, the excellent quality of life does come with a price tag. The cost of living in these areas is typically higher, especially for housing. There are many more affordable places to rent or buy outside of these major centers just like in the suburbs we mentioned above (Chinook Park in Calgary, The Hydrostone in Halifax, Inner Harbour in Kingston, etc.), for example. 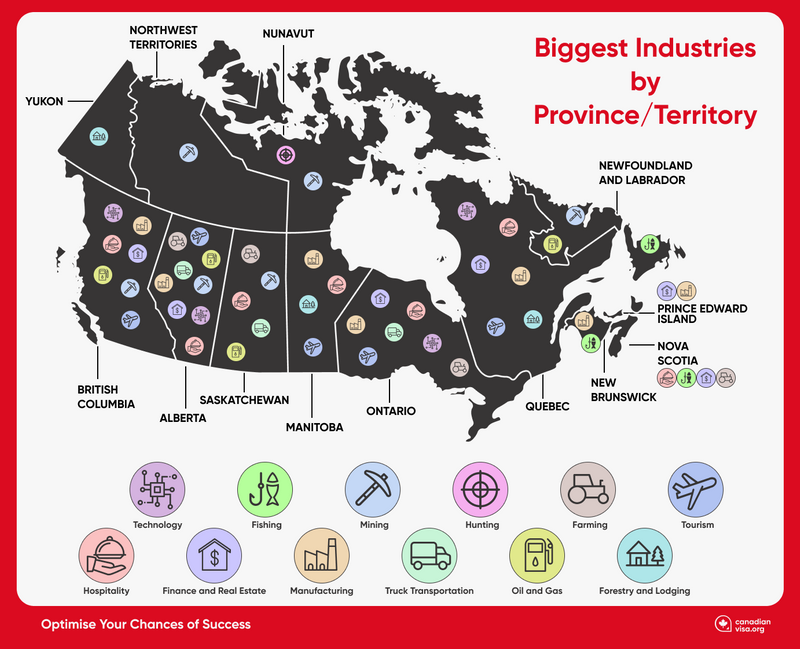 Major industries across Canada differ quite a lot. For example, if you’re a fisherman, your best bet at finding a job in your field will be in one of the maritime provinces with big fishing industries. Or, if you’re a software developer, you’ll want to live in Vancouver - Canada’s very own Silicon Valley, to find the best job opportunities. Take time to research the job prospects in an area before you make a decision.

3. How are the winter conditions in Canada?

It’s no secret that Canada gets cold in the winter but some areas are quite literally subarctic. So, depending on how well you handle freezing conditions, you may want to look at settling in a city with milder winter conditions, such as Victoria, Halifax, Hamilton, and St. Johns. Here is a list of the top ten cities with the best weather during the winter season. 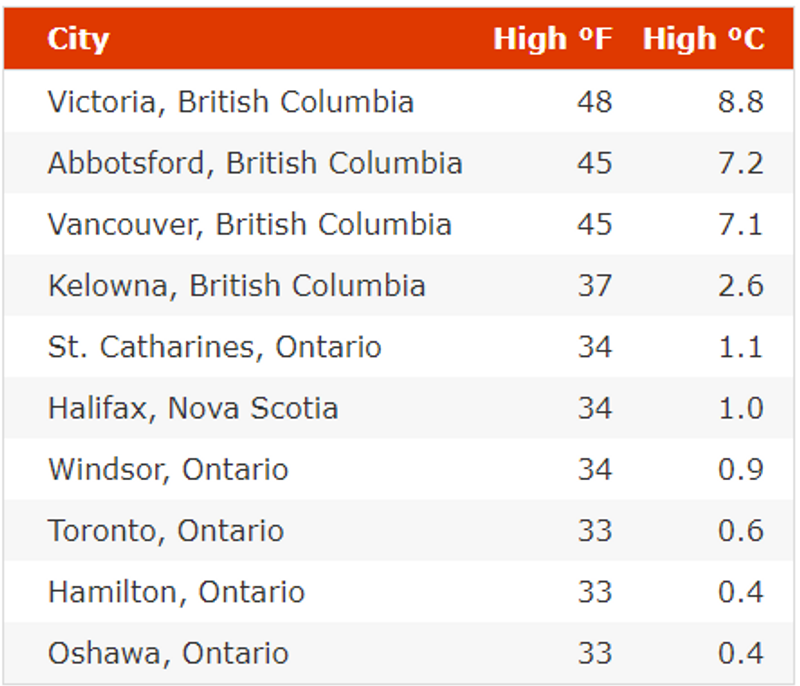 4. Is it family-friendly with bigger houses and parks?

If you have children then you’ll want to choose a neighborhood that’s family-friendly. This includes checking how many schools there are in the area, how many parks and green spaces are in close proximity, and if there is affordable housing with two or more bedrooms. Another important thing is to live in an area with a low crime rate. Canada is a generally safe country but some areas are higher-risk than others.

5. Are there enough amenities to keep me busy?

Canada’s rural and northern towns are incredible in many different ways. They come with a lower cost of living and are typically situated near wide open spaces with beautiful natural surroundings. The only downside? They’re much further away from luxuries like big malls, restaurants, and leisure activities. You’ll be limited to a few shops and local diners. This kind of lifestyle appeals to many but others prefer the bustling city life. Which are you?

If you’re a nature lover and prefer to hit the ground running or hiking on weekends then you’ll want to keep a lookout for a suburb in Canada that's within a reasonable distance to some of the many incredible national parks in the country. For example, Calgary is the nearest city to Banff National Park where you can explore snow-capped mountains, glacial lakes, and abundant wildlife.

Ready to Live in Canada?

The first step in your journey to Canada is to explore your immigration options. The good news is that Canada has over 100 immigration and visa options available. The tricky part is to figure out which ones you qualify for. Luckily, you can leave that to the visa professionals at CanadianVisa.org. Simply fill in the form below to receive an eligibility assessment today!

Here, we look at the top multicultural cities in Canada and what it is about them that has caused people from all over the world to make these cities

Move to Canada and live in country's royal city - Guelph. It is said there are unlimited blue collar jobs available in this Canadian gem.