Learn all you need to know about life in British Columbia, home to some of the most beautiful cities in Canada, bordering the Pacific Ocean.

As one of the most beautiful provinces in Canada and one of the top tourist spots, British Columbia offers some of the last truly wild country in North America as well as some of the most exciting cities. With a population of over 4.5 million people, most residents tend to live in Vancouver and the capital city, Victoria. Let's take a closer look at life in British Columbia.

Where is British Columbia?

Lying along the Pacific Northwest coast of Canada, British Columbia covers 944,735 km², with around 27, 200 kilometers of rugged coastline and thousands of small islands. 75% of the province is mountainous and impenetrable in many places with 2/3rds of the province remaining underpopulated and undeveloped. With varied climates, you can expect to find rain forests along the coast, sub-arctic winters further north, and mild weather in the interior.

Cost of living in British Columbia 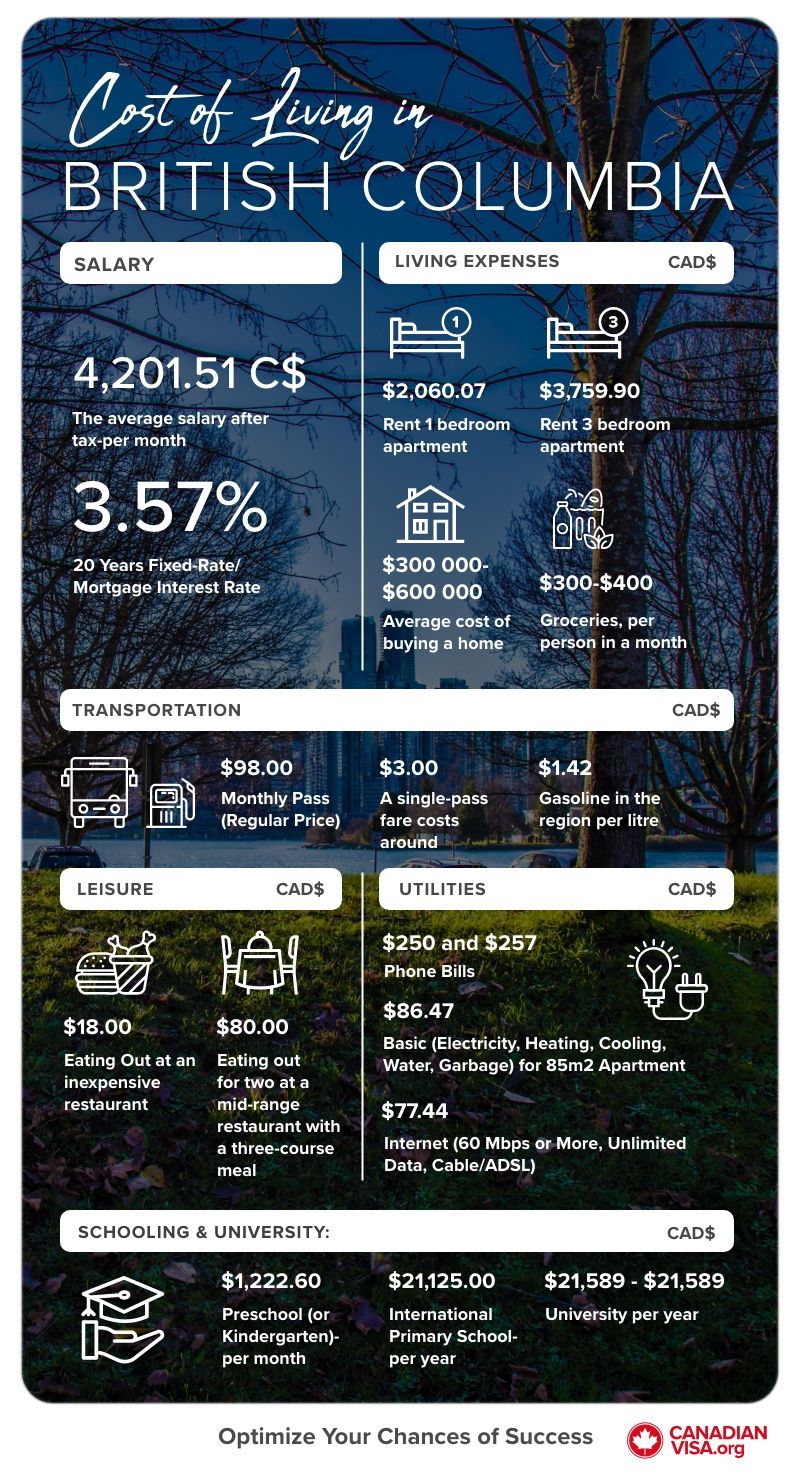 The cost of living in British Columbia will differ depending on whether you choose to live in rural areas or the major cities. The province does have the highest living expenses in Canada but also boasts some of the most fantastic schools and comprehensive healthcare cover at the government’s expense.  The average cost of a home in British Columbia is $632,000.

This province is blessed with an abundance of natural resources, meaning that the most lucrative industries are agriculture, fishing, and mining. As a strong and growing economy, job opportunities open up often in construction, manufacturing, and education. 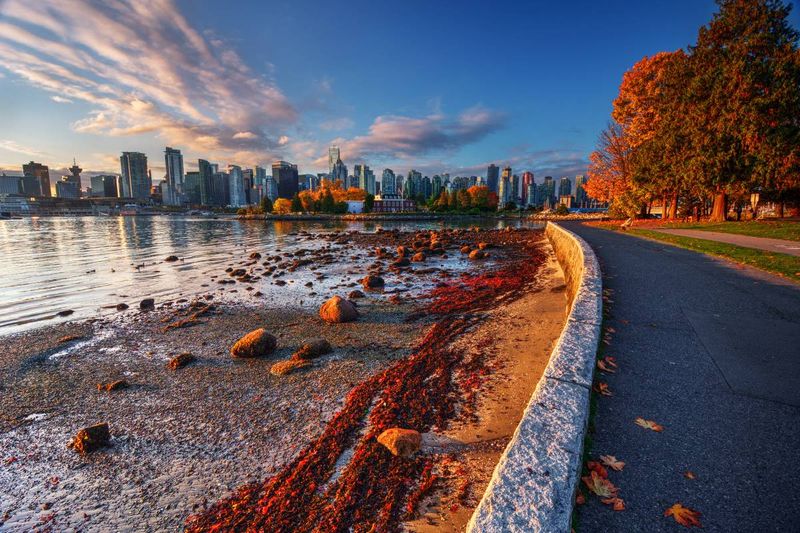 Almost half of the entire population live in and around Vancouver, or on Vancouver Island. The mainland is sparsely populated, mostly by aboriginal people. There are a large number of other ethnic groups from all over the world due to frequent labour shortages.

British Columbia excels in many areas. However, the province is especially dedicated to providing quality education. There are numerous research-based universities that offer world-class education opportunities, resulting in some of the finest learning institutions in the world. The province currently has 25 publicly-funded post-secondary learning institutions, including 4 research universities, 7 teaching universities, 11 colleges, and 3 provincial schools, as well as one aboriginal college. 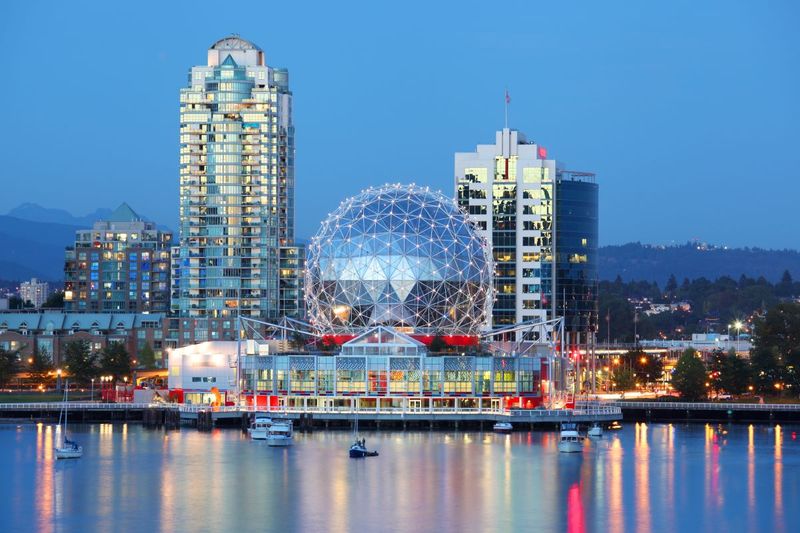 There are numerous museums, theatres, and exhibitions, mostly in Vancouver, however, the main attractions are the many outdoor opportunities. British Columbia is one of the last frontiers left in North America, and one of the few places where people can have a true wilderness experience. Many lakes and rivers are only accessible by bush pilots in small, very rugged aircraft. Hiking, camping, hunting, and wildlife viewing are major activities.

British Columbia offers a great opportunity for immigrants. This is due to the many work opportunities, rich culture, and resources, growing community, and education system as well as the beauty of the province.