Learn more about life in Quebec, a province with a low cost of living, great economy, free education, and the best attractions. Living in Quebec = living in paradise.

Situated in east-central Canada, Québec is the only primarily French-speaking region in North America. Most inhabitants are descendants of 17th century French settlers who resisted calls to assimilate into a more Anglo society. Now known as the most European city in Northern America, the province is vibrant, and filled with rich history, making it a place of wonder for locals and visitors alike. Here’s everything you need to know about life in Quebec. 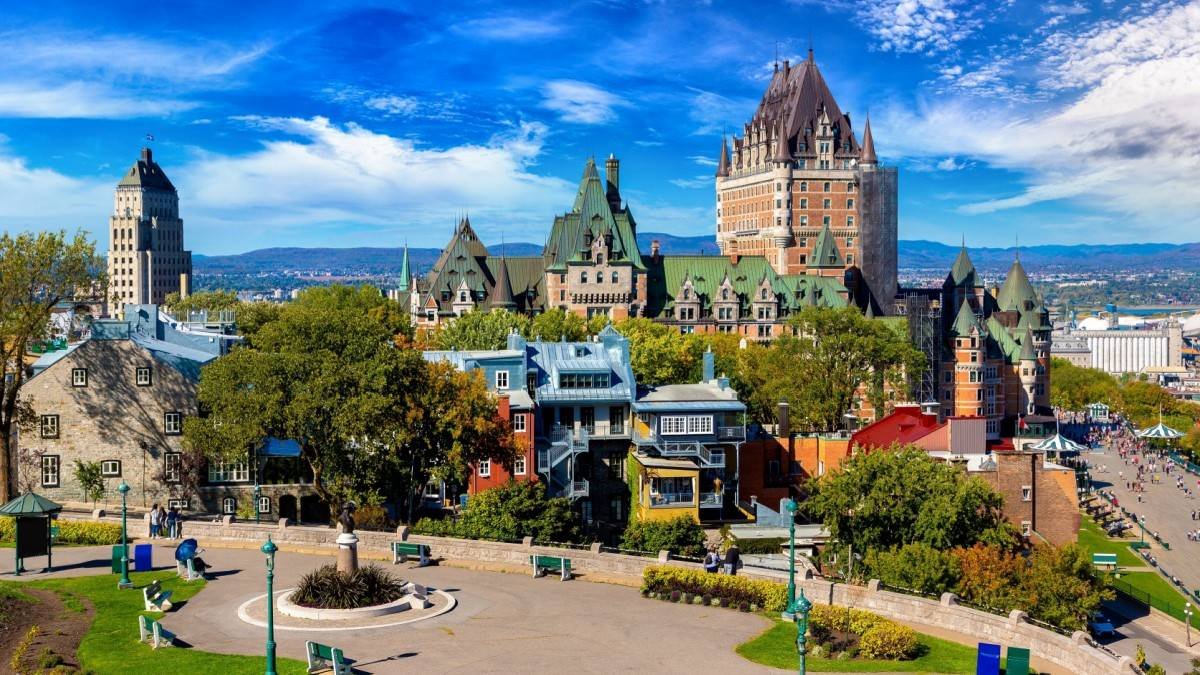 There are three main groups of indigenious people in Quebec - the Algonquian, the Eskimo-Aleut and the Iroquoian. In fact, the name Quebec - given to the city in 1608 - is derived from an Algonquian word meaning “where the river narrows”. It is noted that the French in New France reserved this name for the city of Quebec. It was, however, the British used the name to refer to the entire province.

The province’s capital city, Quebec City is one of the oldest European settlements on the continent. Founded around 400 years ago, it was branded as the "Capital of New France." The city fell under British rule until Canada won its independence in the late 1860s.

Where is Quebec on the Map

Making up close to a sixth of Canada’s total land area, Quebec is the largest of the Great White North's provinces in area. It has an area of 1.542 million km² and a population of over 8.5 million people, earning it the badge for one of the most densely populated Canadian provinces. Quebec borders Ontario on the west, Hudson Bay to the north, with US states Maine, Vermont and New York to the south. The province’s biggest city is Montreal (Montréal), which is also Canada’s second largest city.

Québec has one of the largest supplies of fresh water in the world (3%), with over 500,000 lakes, rivers and streams. The topography ranges from lowlands in the south, to rolling mountains in the north. Until the 20th century, Quebec’s economy was based mainly on natural resources, especially fishing, trapping, agriculture and timber. With the advent of new technologies, Quebec has experienced phenomenal growth in the aerospace industry and information technology. Principle exports include pulp and paper, agricultural and forestry products. 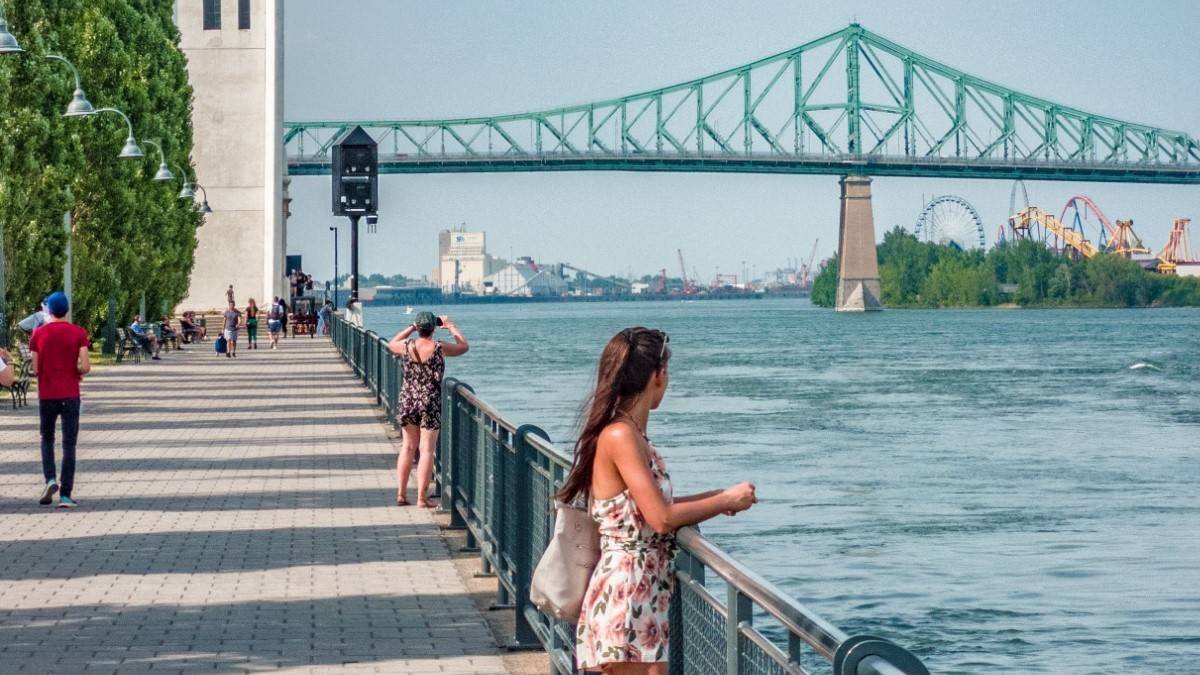 While Quebec’s climate is a mix of hot and cold, it can sometimes be quite severe. This is due to major continental air masses that sweep down from the northwest region. These air masses come into contact with the cold Labrador Current, which leads to cooler summers in the northeast. The humid hot air that travels up from the Gulf of Mexico is responsible for summer heat waves and extreme snowfall in winter. 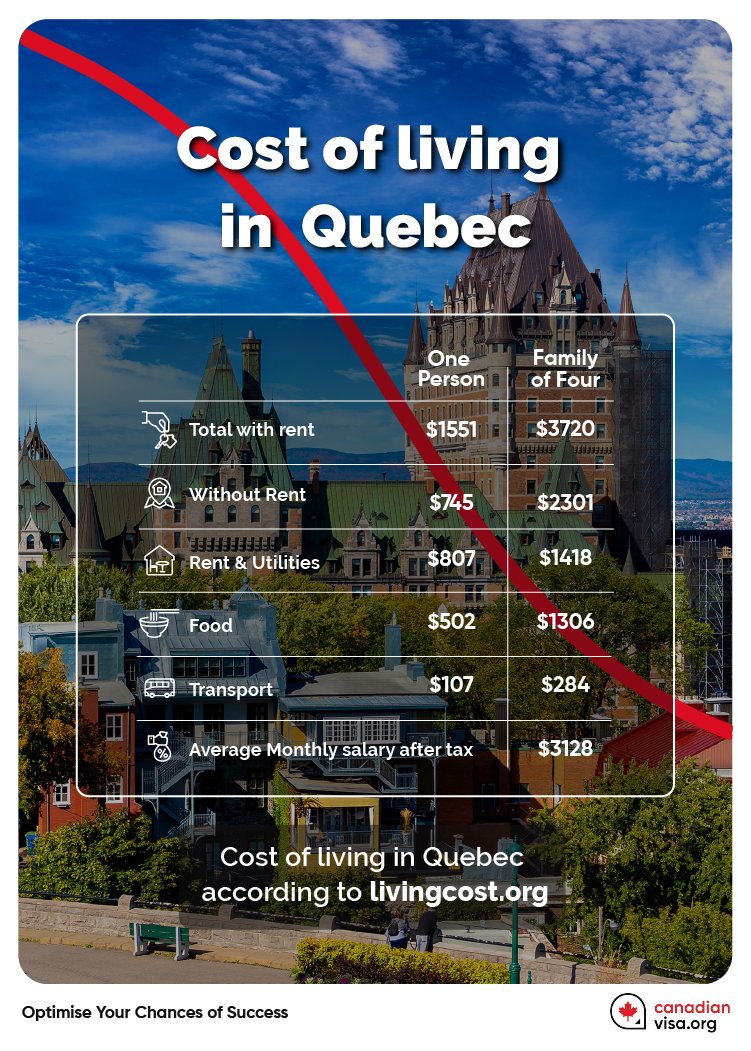 Quebec State is said to be ranked 8th most expensive and 6th best province to live in Canada. The cost of living in the province is around $1551, according to costofliving.org. This is reportedly around 1.11 times cheaper than the national average in Canada.

When it comes to the average salary after taxes you’ll have an average of around $3128, which is enough to cover living expenses for 2 months. This, of course, is dependent on your occupation and job level. Take a look at the infographic below for a further cost of living breakdown for Quebec. 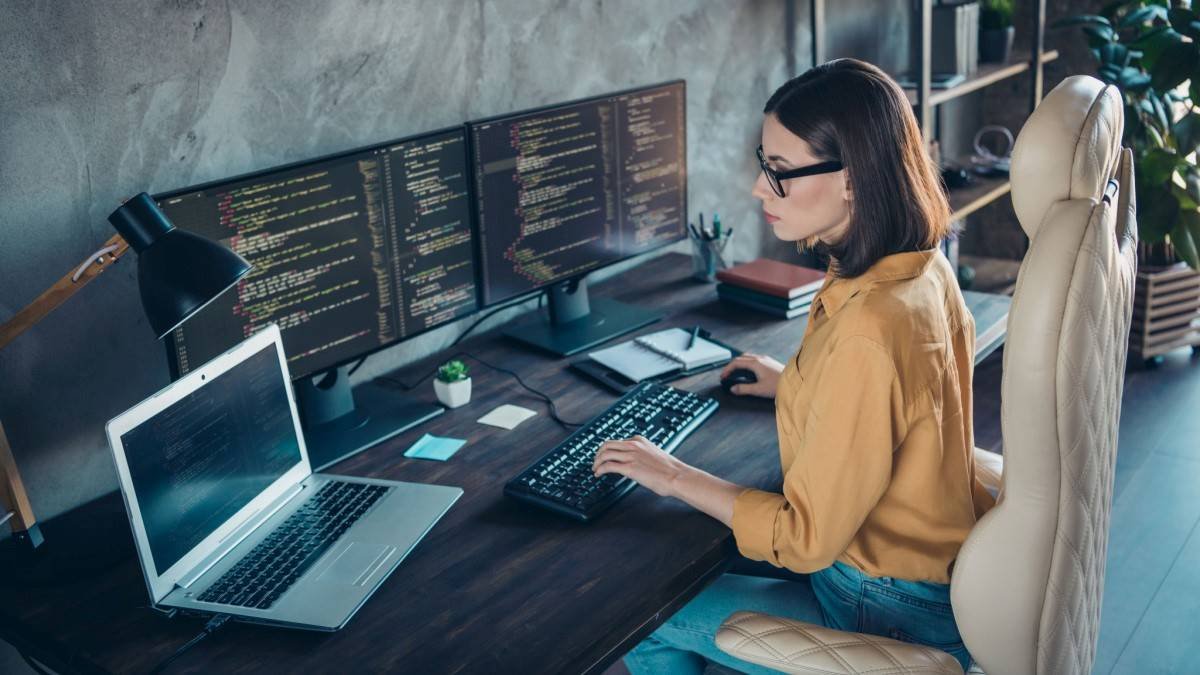 While Quebec isn’t part of Canada’s Provincial Nominee Program, it does have other immigration pathways, such as the Quebec Skilled Worker Program (QSWP), the Quebec Experience Class (PEQ) and the Business Immigration program.

The Quebec Skilled Worker Program allows you to immigrate to Quebec, if you are able to meet a list of requirements, like for example, education, work experience, age, proficiency in French and English, etc.

To check whether you qualify as a skilled worker, you must apply to the government of Quebec for a certificate of selection (Certificat de sélection du Québec).If the province selects you, you may apply to Immigration, Refugees, and Citizenship Canada (IRCC) for permanent residency.

The Quebec Experience Class (PEQ) grants international students or skilled temporary workers, with proficiency in French intermediate skill level in French, the opportunity to apply for Quebec permanent residency. To apply, you will have to either:

If you’d like to apply for Quebec permanent residency via a business pathways, you can invest in, start a new business or buy an existing one in the province. You’ll be able to apply to choose from: 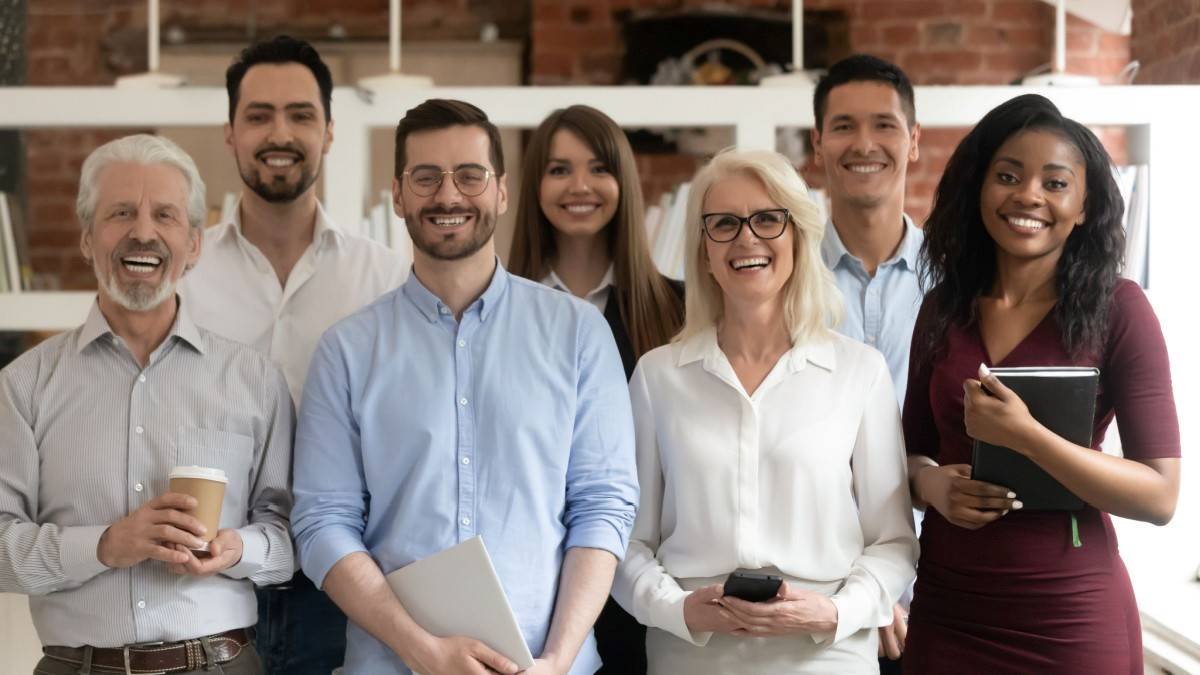 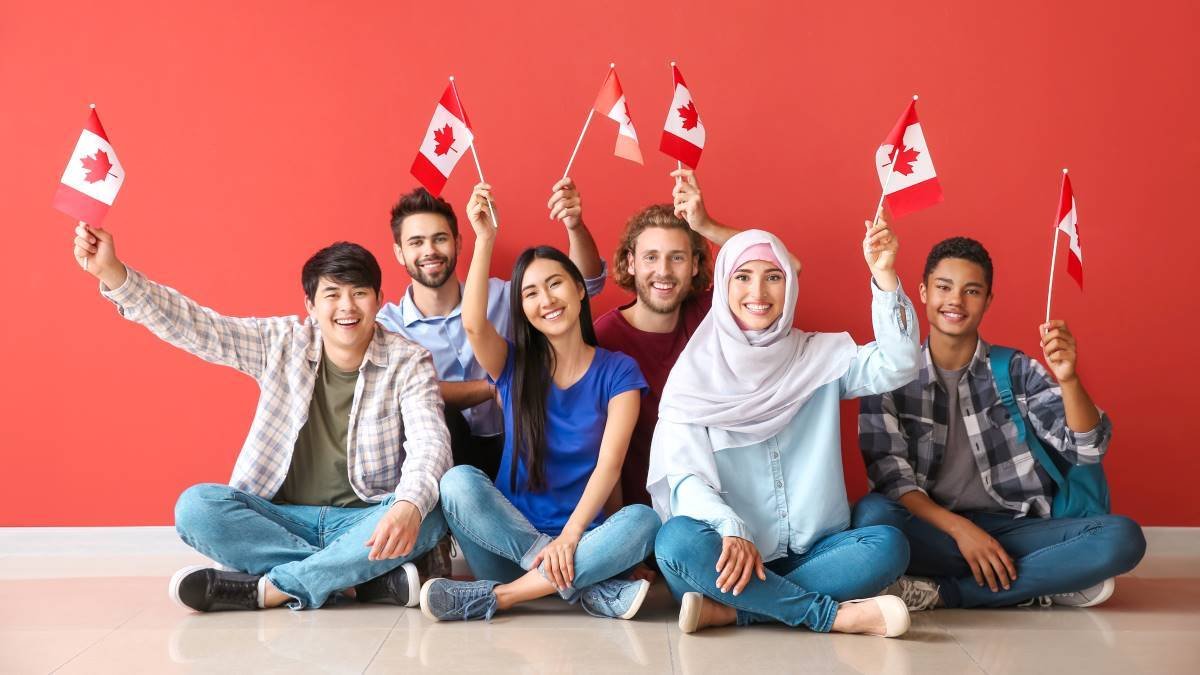 Education is a top priority in Québec. Attending school is compulsory in the province, until the age of 16. School is free for everyone up to high school level. As with other Canadian provinces, there are four levels of education:

Most tertiary institutions in Québec offer education in both English and French. There are, however, some institutions that only teach in French. The province’s McGill University is a top Canadian university. It ranks 24th internationally. 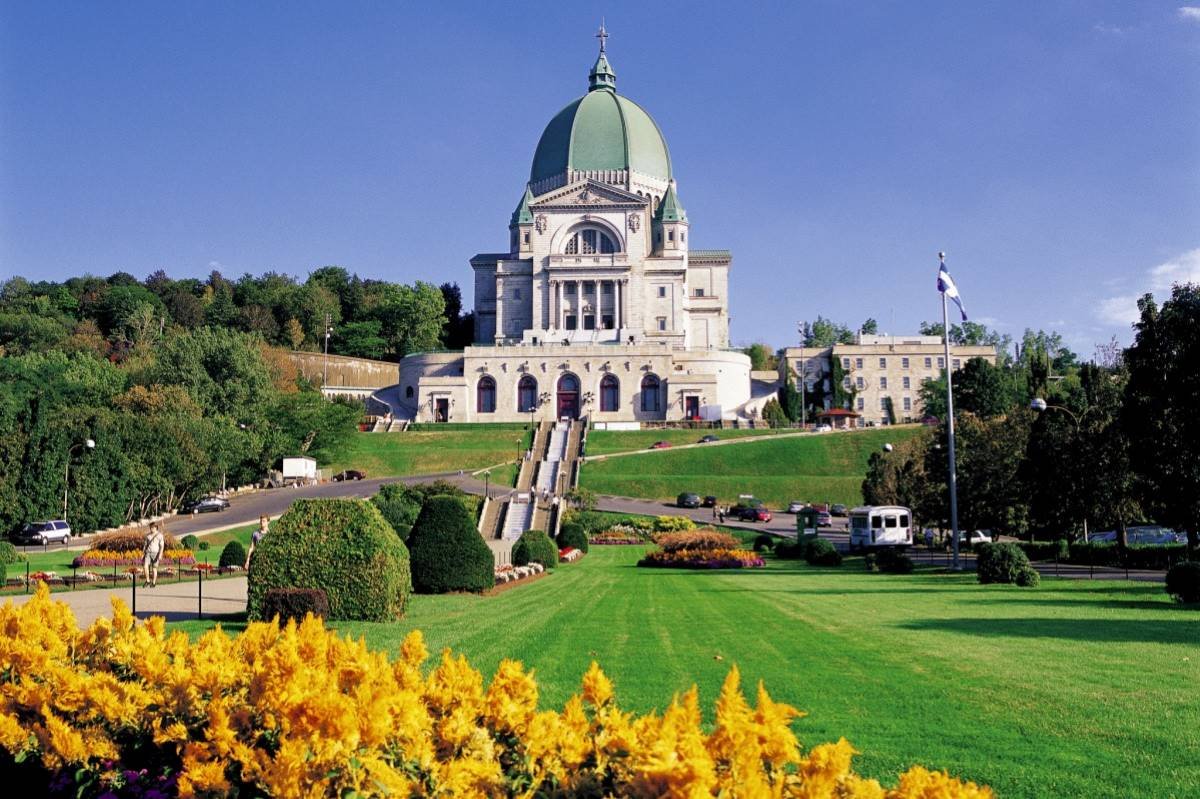 Quebec’s main cities are Montreal, Quebec City, Ottawa and Sherbrooke. Other large urban areas in the province include Trois-Rivières and Chicoutimi-Jonquiere. Check out the cities below:

Things to do in Québec 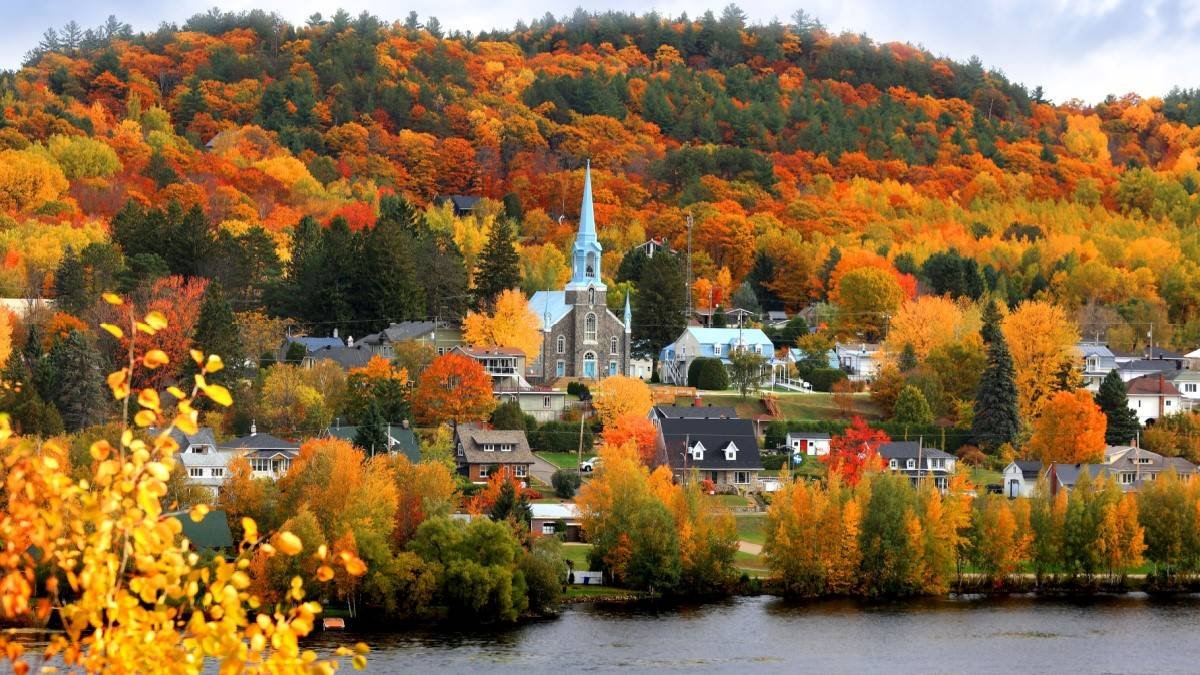 Québec can be thought of as a huge playground. Think mountains and valleys to enjoy nature, rich architecture and many different attractions. It has a rich culture with tourism playing an important part in its economy. One of the most famous entertainers from Québec is Celine Dion. There are numerous orchestras, playhouses, theatres, arenas, museums and galleries, as well as historical sites, mostly located near Montreal. With huge areas of lightly to undeveloped land, Québec could easily qualify as a sports paradise. The province has plenty of opportunities for fishing, sailing, hiking, hunting, camping, skiing, and more.

Here are some of the province’s top attractions:

Place Royale is the birthplace of Québec City. This is where Samuel de Champlain established the initial habitation of the land by Europeans in 1608. The area hosts an outstanding collection of 17th- and 18th-century buildings that showcase that Old Québec. Look out for the beautiful stone structure of Notre-Dame des Victoires, a church that dates back to 1688, as well as more modern attractions like the Musée de la Civilisation.

Located in Gatineau, Canadian Museum of History is housed in a modern building overlooking the Parliament Buildings in Ottawa. The museum explores the country’s human history, from First Nations cultures to Norse seafarers. You can expect a mix of permanent exhibits, as well as collections from partner museums.

Tucked away in  Québec’s Lauerentian Mountains, Mont Tremblant is a small city about a 90 min drive north from Montreal. It is best known for being one of Canada’s most famous ski destinations, and is the highest peak in the Laurentians. Apart from skiing, you can look forward to great dining experiences, entertainment, and many different options for accommodation. Apart from snow capped peaks in winter, you’ll fall hard for the region’s autumnal aesthetic, as streets fill up with leaves in a range of rusty tones.

Beautiful and lush, Montreal Botanical Gardens stretches over 75 hectares of land. Positioned opposite the Olympic stadium in Montréal's Parc Maisonneuve, you’ll find both outdoor and greenhouse gardens. With around 20 outdoor gardens, many of them are based on a set culture. Look out for the Chinese Garden, Japanese Garden, and First Nations Garden.

Garden enthusiasts, you can expect a variety of orchid collections, bonsai and penjing, cacti, cycads, and many others blooms. You’ll also have access to a number of talks, workshops, and other educational offerings - including an Insectarium and a planetarium.

Traditionally home to the Inuit peoples, Hudson Bay is one of Canada’s most remote areas. It spans over 637,000 square kilometers and reaches into the Arctic Circle. With harsh terrain, it is home to some rare natural wonders. You’ll find more than 800 species of Arctic vegetation, migratory birds, seals and from time to time, polar bears. The bay has a thriving fish population, and receives regular visits from Beluga whales. Beluga whales are seen occasionally. The Inuit peoples are the traditional residents of the region, and the small outpost communities have stood the test of time.

How Important is French in Québec?

By moving to  Québec, you’re opting to join a French-speaking society. The Charter of the French Language clearly states that French is the province’s official language. This means that French is spoken in every aspect of daily life. Speaking the language will allow you to integrate into this society easily, so it is vital.

How would I learn to speak French or improve my proficiency in the language once in Québec?

When you get to Quebec, you’ll have access to French language courses. Take advantage of the Gouvernement du Québec French courses available. These courses focus on making your integration into Quebecois society smoother and free.

Can I work in Québec temporarily?

Yes, you can apply to the province’s Temporary Worker Program. This program permits Canadian employers to employ you as a temporary foreign worker. You will be able to apply through one of the program’s streams, namely, the Global Talent Stream, High-wage positions, Low-wage positions and Agricultural workers.