Learn more about life in Nunavut, Canada - its major industries, education system, and the PNP you can use to immigrate to the Canadian province.


Once you explore the Northern Territory of Nunavut, you will discover the province's hidden gems. While it may be less known to immigrants compared to the bigger cities in Canada, Nanavut offers a wealth of career options and lifestyle choices, enabling you to build a long-term sustainable life for yourself and your family.

Let's take a closer look at what this province has to offer!

While the Inuit descent may be a bit unclear, it has been discovered that people have been living in the Canadian Arctic Archipelago for more than 4,000 years. The Inuit sustained their lifestyle through trapping, hunting and fishing, which was used for clothing and food.

However, when explorers landed in the area with diseases, the Inuit made contact, and in turn, diseases spread, reducing the population in the 19th century. As a result, the fur trade began to take the forefront in the arctic in the 20th century. Still, before the trade was established, the Inuit adapted and relied on external sources to sustain themselves.

Where is Nunavut on the Map 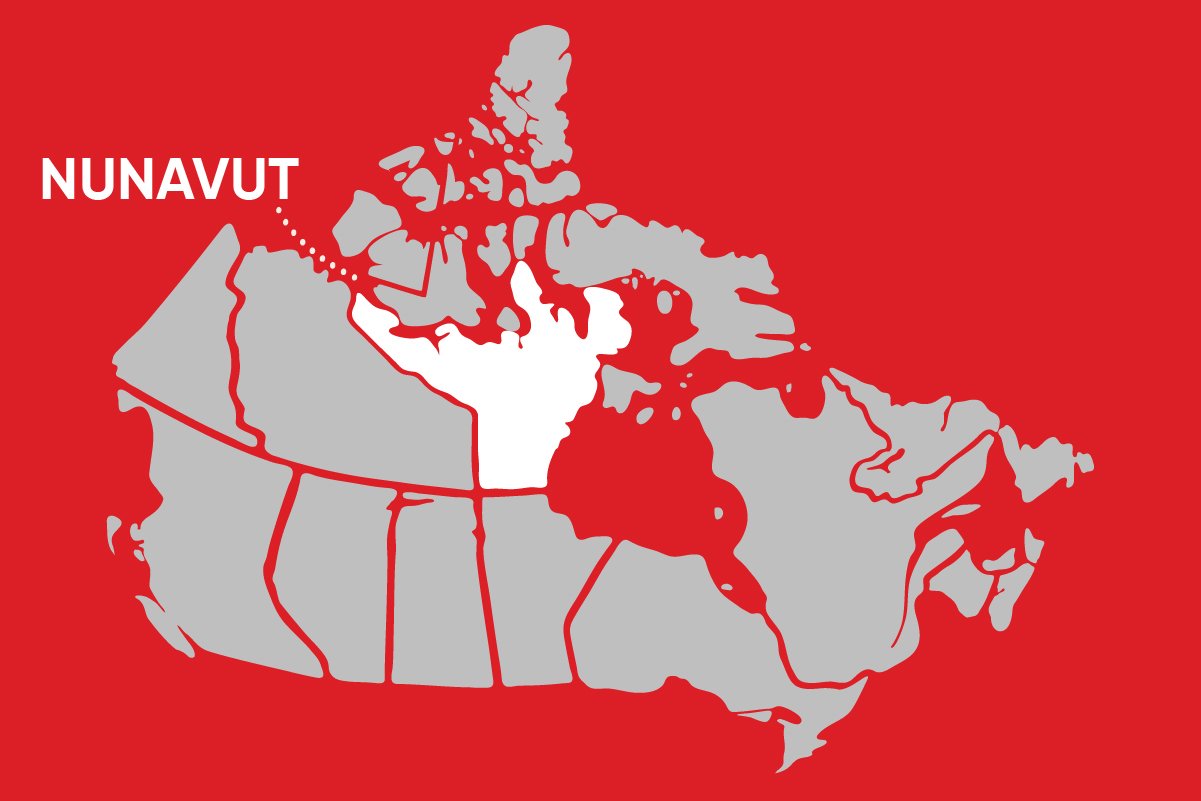 Being a vast territory of Northern Canada, you will find Nunavut expanding across the Canadian Arctic, covering the lands of the indigenous people of Arctic Canada (the Inuit). As the largest Canadian territory, which borders Northwest Territories, Manitoba and Hudson Bay, the province is home to Aurora Borealis, polar bears and natural resources. And if you are traveling towards the North of Grise Fiord, you will be in awe of the 24 hours of darkness during December. The province is a sparsely populated territory, while Iqaluit (Frobisher Bay), Rankin Inlet, and Arviat tend to be more populated.