Which Canadian provinces have the largest economies? Find out with out breakdown of the Canada GDP.

A country's GDP is the total monetary value of the goods and services produced by that country over a year. It's a good way to determine the size of the industries within the economy. One of the other factors you can determine via GDP is the average standard of living.

Taking the GDP and dividing it by the number of people living within the specific economy creates the GDP per Capita. This gives you a basic idea of the average standard of living in that economy.

As a result, examining Canada's GDP can be very helpful in determining what kind of standard of living you can expect in Canada compared to other countries. On top of this, examining the GDP of Canada's provinces and territories can give you a good idea of which province may be the right place for you.

What is the Canada GDP? 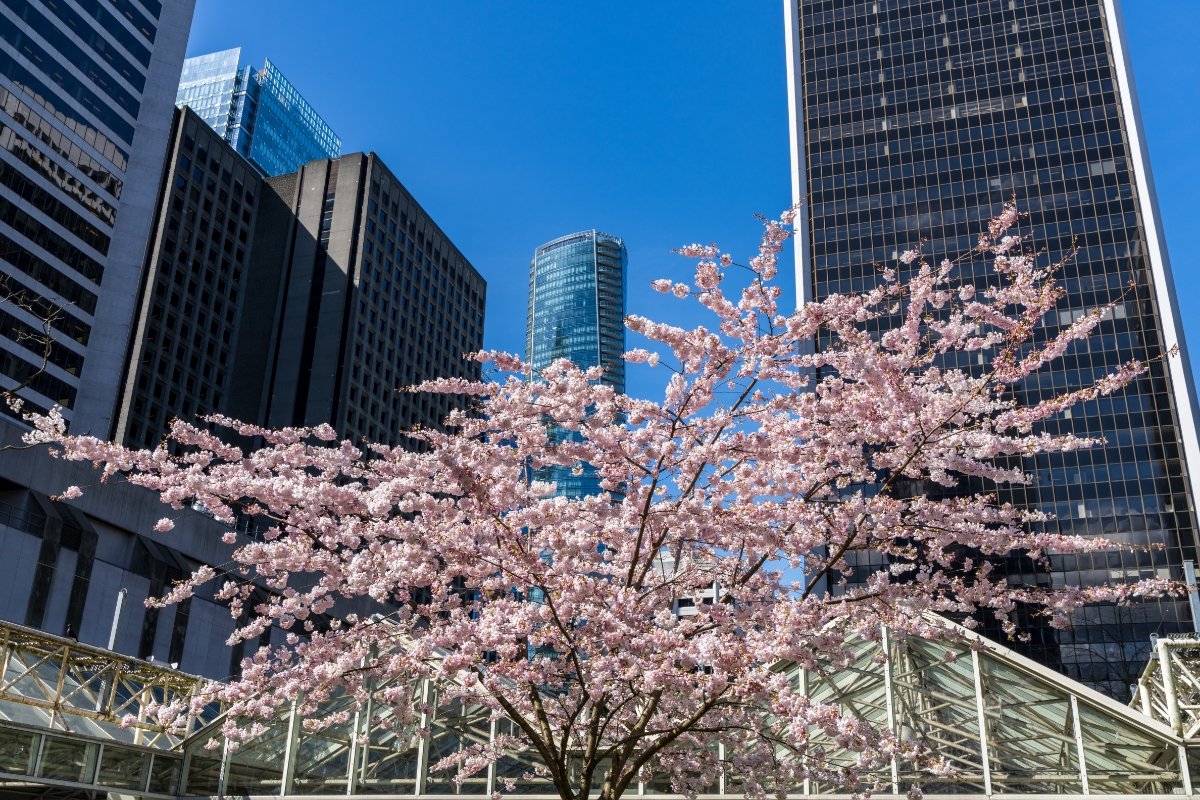 As the Canadian government only publishes the GDP data at the end of each year, the most recent data from Statistics Canada (StatCan) shows that Canada's GDP is $2,103,305,000,000 making it one of the largest economies in the world.

Canada's population is currently 38,929,902, according to StatCan. This means that Canada's GDP per capita is approximately $54,028, which is exceptionally high. By comparison, according to the World Bank World Bank, the world's average GDP is $16,469.26.

This is due to the wide variety of booming industries in Canada, a large number of natural resources, the relatively small population and the successful regulation of the national economy by the Government of Canada.

Another major reason Canada GDP is so high is the massive and growing provincial and territorial economies within Canada. Each province and territory has its GDP, which gives a general indication of the average living standard in each province or territory.

What is the GDP of the Canadian Provinces? 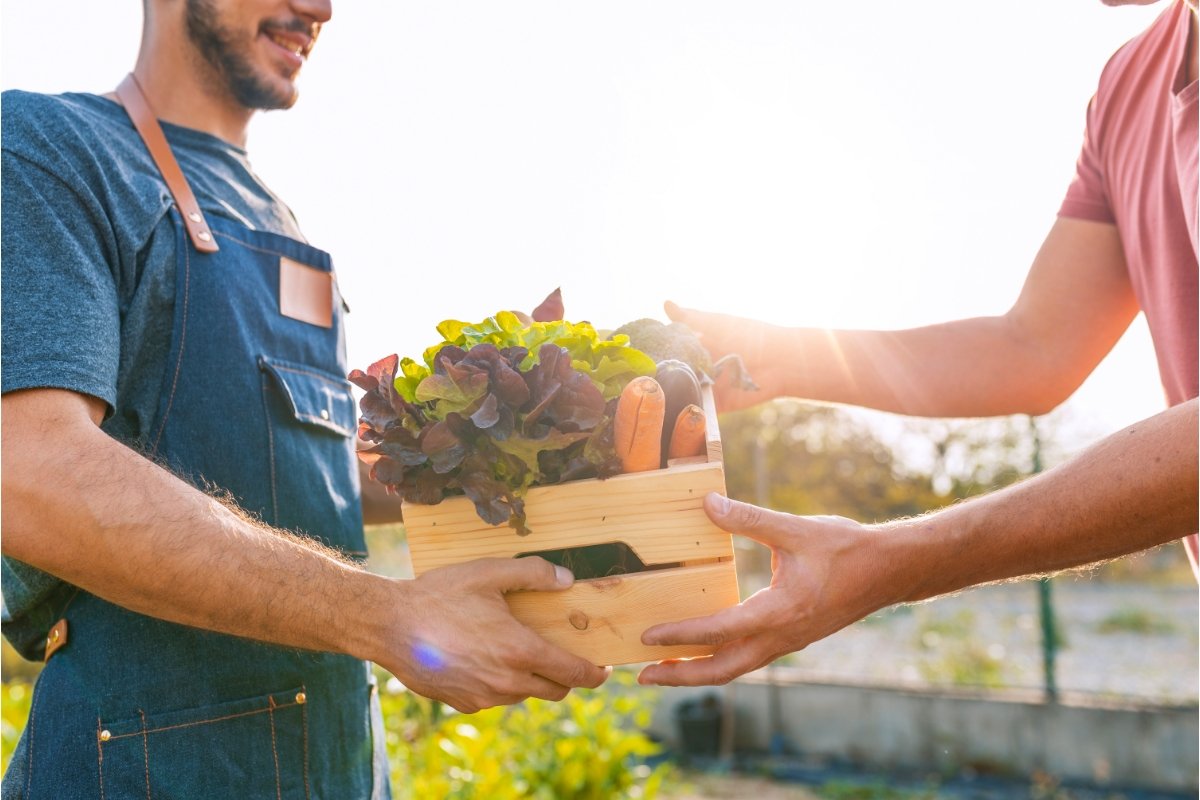 According to Statistics Canada, Canada's provinces have a wide range of GDPs based on population size and key industries. Each province's GDP is as follows:

According to the latest data, Ontario's current GDP is $805,813,000,000, making it the largest economy in Canada, almost double the second-largest economy. According to Statistics Canada, the population of Ontario is currently 15,109,416, making Ontario's GDP per capita approximately $53,331.84.

The primary factor that has created such a large GDP in this province is the sheer population within Ontario, the major industrial centers of Toronto, Ottawa, Toronto, Mississauga and Hamilton, and the major industries in the province.

Ontario's key industries are automobiles, machinery, electrical parts, mining, small grain and fruit farming, information technology, and telecommunications. Not only are these some of the largest industries in Canada, but they are also some of the fastest growing. As a result, a huge number of occupations are in-demand in Ontario. Here's an overview of Ontario's in-demand jobs.

Learn more about which occupations are in the highest demand in Ontario here.

Home to some of Canada's largest cities, British Columbia (BC) is one of the largest economies in Western Canada. BC's GDP is currently $282,111,000,000, making it the fourth-largest economy in Canada. Its population is 5,319,324. This means BC's GDP per capita is approximately $53,035.12, broadly similar to that of Ontario.

One of the major reasons BC's GDP is so large is due to the major centres of industry in the province in Vancouver, Victoria, Surrey and Burnaby. The key industries that affect BC's GDP the most are agriculture, fishing, and mining, as well as a wealth of smaller growing industries like Information Technology and their booming local film industry.

With BC's constantly evolving economy, the province has plenty of in-demand occupations. Find out if your occupation is in demand here.

Quebec's GDP is mostly influenced by the concentration of large cities in the province, like Quebec City and Montreal, and its freshwater, fishing, trapping, agriculture and timber, aerospace and information technology industries.

As a result of this wide variety of industries in the province, there is an increasing amount of in-demand occupations. Find out if your skills and knowledge are needed in Quebec here.

Saskatchewan's major centres of population and industry are Saskatoon and Regina. The major industries that make up Saskatchewan's GDP are agriculture and livestock production, oil and gas extraction, life sciences, and tourism.

Manitoba's GDP is mostly influenced by the size of the aerospace, agricultural, housing and retail industries, culminating in the major Manitoban cities of Winnipeg, Brandon and Steinbach.

The booming agriculture industry and the constantly growing smaller industries have led to a huge increase in demand for professionals in certain occupations. Find out more about which occupations are in demand in Manitoba here.

NB's economy is predicated upon its forestry, agriculture, tourism, retail trade and small-scale manufacturing industries, with the major population and industrial centers of this Canadian province being Saint John, Fredericton and Moncton.

Due to the massive amount of fertile land and the growing manufacturing industry, NB desperately needs workers at all levels. See if your occupation is in demand in NB here.

This is due to the province's wealth of natural resources in the territories and the booming diamond mining, wildlife, freshwater, minerals, and oil and gas extraction industries. As a result, there's abundant opportunities for lucrative work in the Northwest Territories. Find out which occupations are in demand below.

Despite its small size, PEI has loaded with a diverse array of industries thanks to its population and industry concentration in cities like Charlottetown and Stratford. The key industries of PEI are aerospace engineering, agriculture, bioscience, fishing, health care, information technology, renewable resources and tourism. As a result, there are many opportunities to get your start in Canada via PEI. Find out which jobs are in demand in PEI here.

The GDP per Capita in Yukon is so high due to its agriculture, forestry, fishing, power, manufacturing, labour, taxation, transportation and telecommunications industries. As a result, despite its small population, Yukon has plenty of fantastic opportunities for newcomers to get a great start in Canada. Find out which jobs are in demand in Yukon below.

Like the other Canadian territories, Nunavut's economy is largely based on its abundant natural resources, with mining, fishing, hunting, trapping, construction, and arts and crafts being the territory's key industries.

This incredibly large GDP comes as a result of the two major business centers in Alberta - Edmonton and Calgary. However, the province is home to major oil, finance, and tourism, at one point being the oil capital of Canada. As a result of these massive industries and growing cities, there is an abundance of jobs in demand in Alberta. Here's an overview of Alberta's in-demand jobs:

If you feel that one of these provinces is the right place for you, you may have the opportunity to become a Canadian permanent resident via a Provincial Nominee Program (PNP). However, each province's PNP has different requirements, and some have very different application processes. To ensure your eligibility and that your application process goes smoothly, you should speak to an expert. Our team of Regulated Canadian Immigration Consultants (RCICs) can help determine your eligibility and areas you need to improve and help you through every step of the application.

How Do These Affect the Canadian Economy?

The stability of Canada's economy is generally predicated on the GDP growing. If the GDP increases, it means that industry is growing. This, in turn, means that Canadian employers can hire more workers at higher pay, and those workers can afford to go out and pay for goods and services, further stimulating the economy.

The better the Canadian economy, the better the average standard of living in the country, which means that crime goes down, infrastructure improves, and public services become cheaper and more widespread.

Why is The Canada GDP Important for Immigrants? 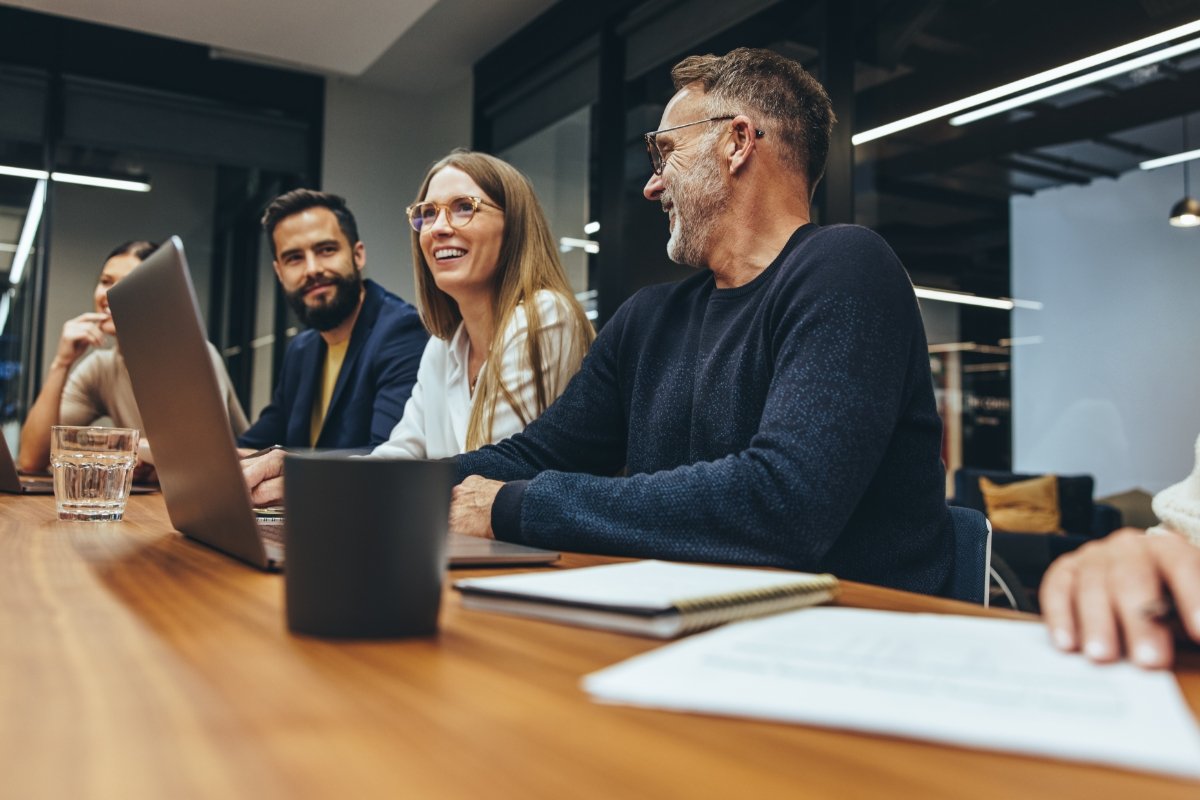 For most immigrants, the stability of an economy can mean an increase in safety, opportunity, quality services and an improved standard of living in comparison to their current situation. The Canadian economy grew 3.3% in 2021 and is set to continue growing into 2023.

This means that Canada's industries are set to continue expanding, and due to the aging local population, Canadian employers will need to look outside of Canada to fill the labour gaps in the Canadian market. For immigrants, this means more opportunities to move to Canada through work. To see if you are eligible for an opportunity to work in Canada, look at the list of the most in-demand occupations in Canada.

While you may be qualified enough for your dream job in Canada, the Canadian job application process may differ from how you apply for jobs in your country. Learn more about how to apply for a job in Canada here.

Does a Higher GDP in a Province Mean I'm More Likely to Get a Job There?

While it can be a positive indication, a higher GDP does not guarantee a higher chance of getting a job in that country or province. Often it depends on the opportunities available to you based on the vacancies in the area.

Does the GDP Affect the Cost of Living?

No data suggests a link between a high GDP and an increased cost of living. However, it does generally correlate with an improved standard of living. Here is an overview of the cost of living in Canada.

Does Having a High GDP mean the Canadian Economy is Stable?

Is Canada a Good Place To Invest In?

Canada has a wide array of wonderful investment opportunities throughout the country. So much so that Canada even has an investment visa program due to the influx of investment into the country.

Make the Best Out of Canada's Growing Economy 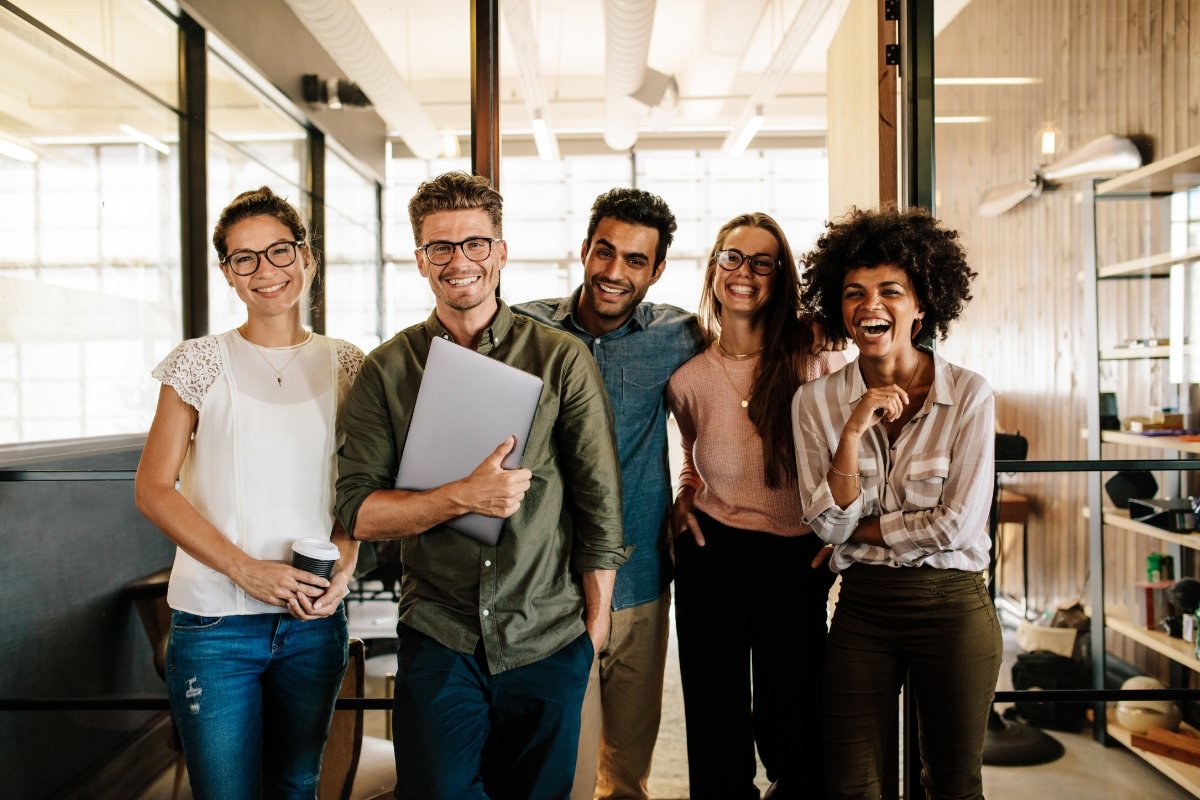 With so many opportunities for foreign nationals in Canada, it's easy to see why so many see Canada as their future home. However, if you want to get your start in Canada the right way, it's best if you consult an RCIC. RCICs can help assess your eligibility and find the immigration program you're most suitable for, curate your CV to Canadian standards, fill out your application forms for you, help you procure the necessary application documentation, represent you with certain government authorities, and provide the help and guidance you need through every step of your application process.