In this Montreal city guide, we will unravel the ins and outs of work, culture and life in Canada’s second-most populous city.


Canada's second-largest city, Montreal, has often been rated one of the most livable cities in the world. This Quebecois city is famed for being a cultural and design hub, with some of the most interesting museums, galleries and old-world architecture to marvel at. If you're considering a move to this Quebec wonder, take some time to go through our Montreal City Guide. 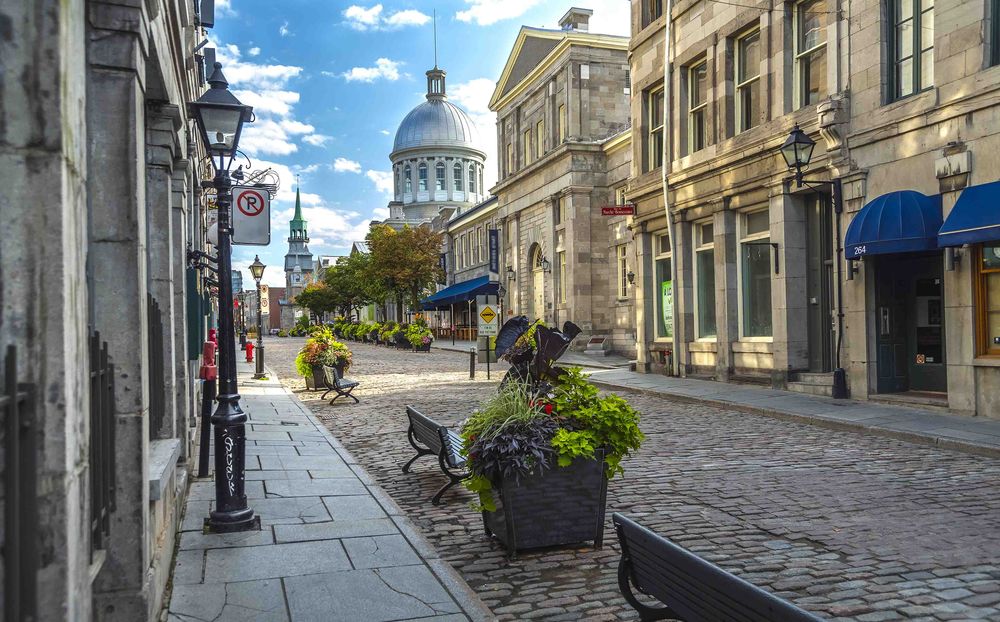 Montreal is one of Canada's most vibrant cities. It was originally known as Hochelaga to the indigenous Huron people who inhabited the area at the time of French navigator and explorer Jacques Cartier's arrival in 1535–36. This was his second voyage to the "New World." He was reportedly welcomed by over a thousand indigenous people on the slope of the mountain and christened it Mont-Royal (Mont Réal). Samuel de Champlain, the founder of Quebec city, set foot in the region 50 years later.

The city started as a missionary station and then transformed into a fur-trading centre. Then came the conquest of New France by the Brits in 1763. The city's setting on the St. Lawrence River provided favourable conditions for its development as a transportation, manufacturing, and financial hub.

At the time of the establishment of the confederation, it was the country's biggest city. This, however, changed when Toronto took over the top spot in the 1970s.

Where is Montreal on the Map?

At the time of the establishment of the confederation, Montreal was the country's biggest city. This, however, changed when Toronto took over the top spot in the 197os. Today this Quebec city in South Eastern Canada is the country's second most populous city and the most densely populated metropolis in the province, with a population of 1,762,949 people.

The city takes up around three-quarters of Montreal Island (Île de Montréal), which is the largest of just over 230 islands in the Hochelaga Archipelago. This archipelago is one of three that join where the Ottawa and St. Lawrence rivers meet. The city has an area of 141 square miles (365 square km).

If you're looking for a place in Canada where you'll find a decent amount of warmer weather, Montreal is your answer. July is the city's hottest month, with the temperature averaging 21°C (70°F). January is its coldest month, with temperatures that can plummet all the way to -9°C (16°F). The city receives the most rain in August.

Summers are fun in Montreal, with all sorts of festivals and outdoor activities to be enjoyed. The fall is full of charm, with a wonderfully warm aesthetic of rust-coloured leaves being the main attraction for international visitors. To experience the city in its full winter wonderland glory, visit in January and February.

Work and Jobs in Montreal 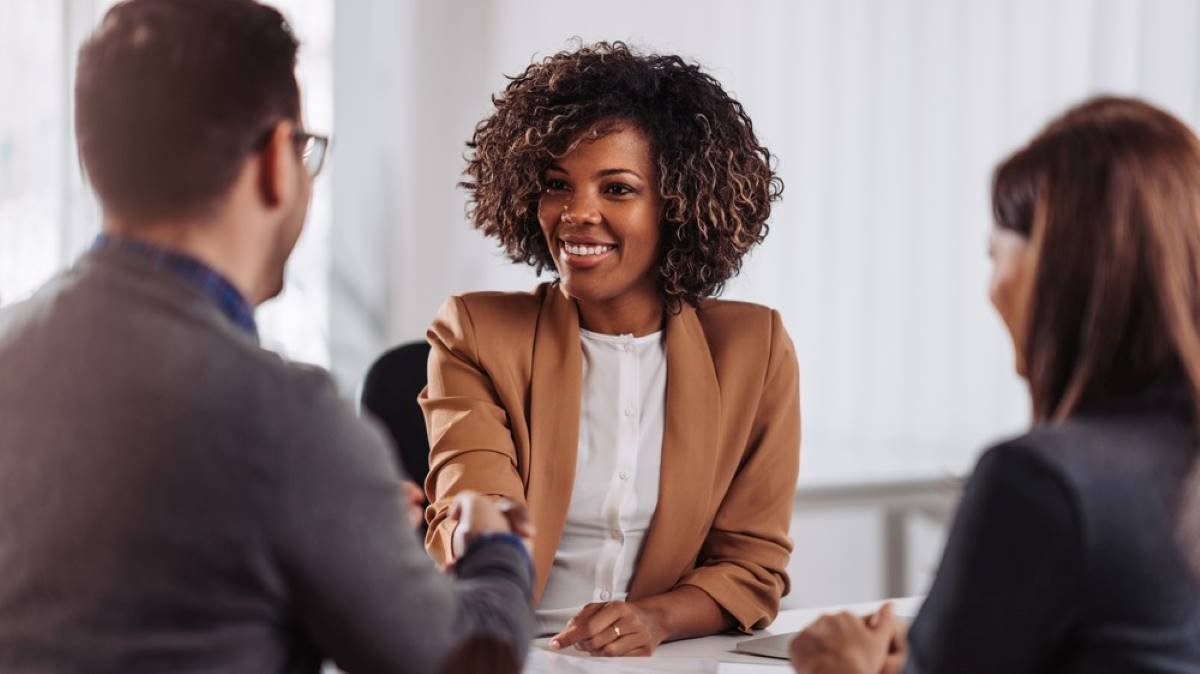 Montreal is the hub for many companies in the Finance, Manufacturing, Tech, Design, Art, Film, Tourism, and education sectors. The city, therefore, has plenty of opportunities for foreign nationals who wish to establish roots there. Take a look at Job Bank's projection of the city's in-demand jobs below.

Canada isn’t untouched by skyrocketing inflation that is affecting most countries across the globe. This means that the cost of living in the country is impacted - even in Montreal. It should, however, be noted that the city is a lot cheaper to live in than many other Canadian cities, including Vancouver, Toronto and even Calgary.

Here is an estimate of the cost of living in Montreal, according to Numbeo: 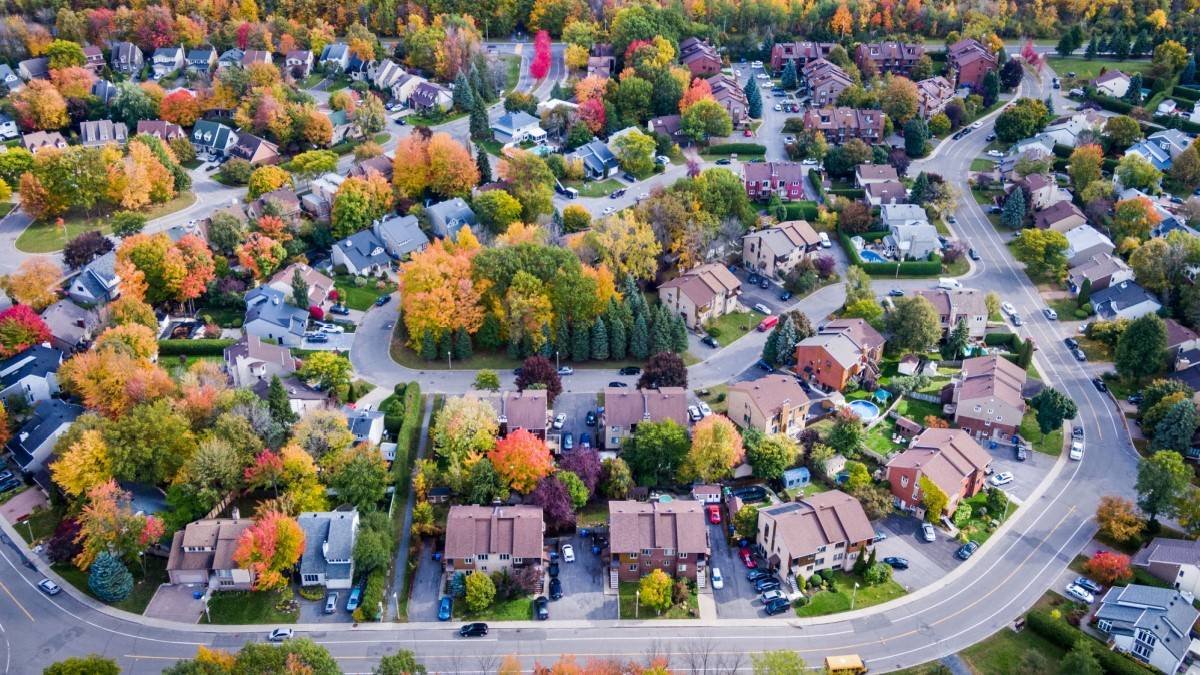 One of North America's top cosmopolitan cities, Montreal has, over the years, attracted many foreign nationals. The city's streets reflect a rich history, particularly in the city centre, which is referred to as Old Montreal (Vieux-Montréal). Think cobblestone streets and architecture from as far back as the 16th century.

Neighborhoods in Montreal are no different from the city in this regard. They are rich in character. You'll find tons of three-story townhouses subdivided into smaller apartments. The eighties saw certain working-class areas like the Plateau Mont-Royal transform into trendy areas. You'll find the 400,000-square-metre (40-hectare) Lafontaine Park at the center of "the Plateau," which is a tree-filled area with two ponds, an outdoor theatre, and paths for bike rides.

In the South east sections of the Plateau, there's the Latin Quarter, which has been popular with students since the 18th century. Then close by, you'll find the Village known as the "Gay Village" - the city's LGBTQ hub. Settling in this Quebecois city, you'll have access to the best farmers' markets, fine dining, museums and galleries. 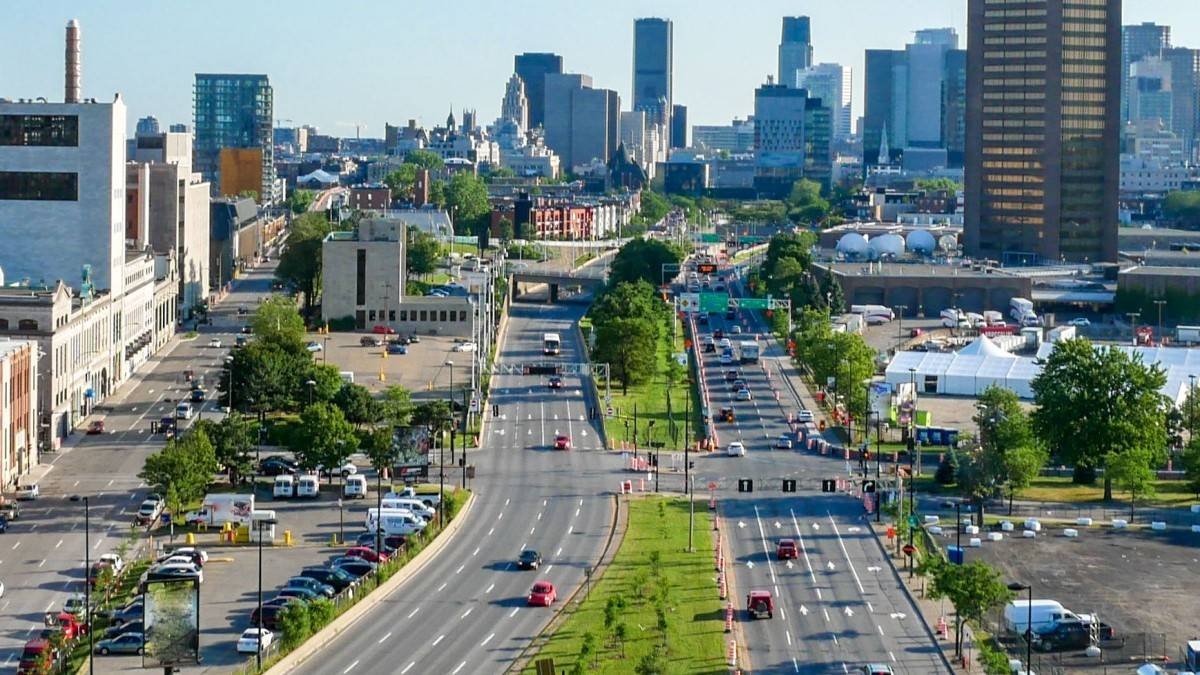 Montreal has an efficient public transport system that is both easy on the pocket and accessible. Included in the city’s integrated public transport system is a metro high-speed train network, a bus network, and a shared taxibus service for those far out regions. A single transit in Montreal will cost you $3.50 CAD. You’ll be able to buy a pass for up to three days or a monthly pass which will cost around $90 CAD. You can buy your pass at kiosks within metro stations or from a fare collector. TRAM fares may be bought for the Exo train, Metro, and the bus travel. This will all be covered in one pass, that you’ll be able to load onto an OPUS card. TRAIN fares will only cover travel on the Exo commuter train network.

Things to do in Montreal 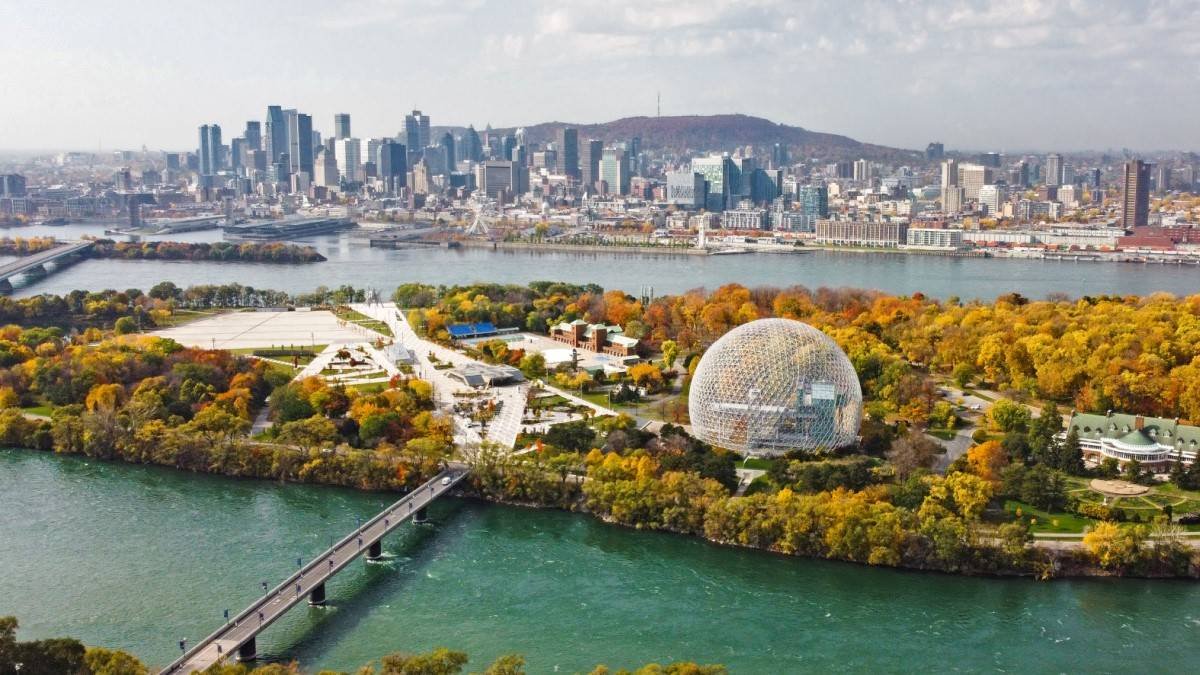 Not only is Montreal packed with history - but it's also one of the most happening places in the Great White North. You'll find traces of its rich history woven into every element of the city, which in itself, can keep you in awe. Then there are the museums, tours, architecture, music and nightlife, jazz and food scene.

Be sure to check out the following attractions.

Mount Royal Park is considered to be Montreal's unofficial playground. The park was designed by Frederick Law Olmsted (of Central Park fame) and opened in 1876. With more than 692 acres to frolic in, it is a favourite for Montrealers and tourists alike.

Founded in 1860, the MMFA is one of the most frequented museums in North America. Expect to see around 43,000 antique and more modern spread out across the museum's pavilions.

You'll find Jean Talon Market nestled in the heart of Little Italy. It is one of the largest outdoor markets in Northern America. It is a foodie's paradise, with the best selection of bakers, fishmongers, butchers, fruit and vegetable growers and restaurateurs showcasing their offerings.

The Lachine Canal runs from the historic structures of Old Montreal through the glass condo buildings of Griffintown, as well as the trendy St. Henri area and into industrial Angrignon and Lasalle. With this canal flowing through a couple of residential areas, visitors get to see an authentic day in the life of a Montrealer.

Spa enthusiasts, Bota Bota is a must! It is Montreal's top attraction for spa treatments and hydrotherapy circuits. You can look forward to relaxing in a mineral-rich hot tub while taking in magnificent views of Mount Royal and the historic Old Port. 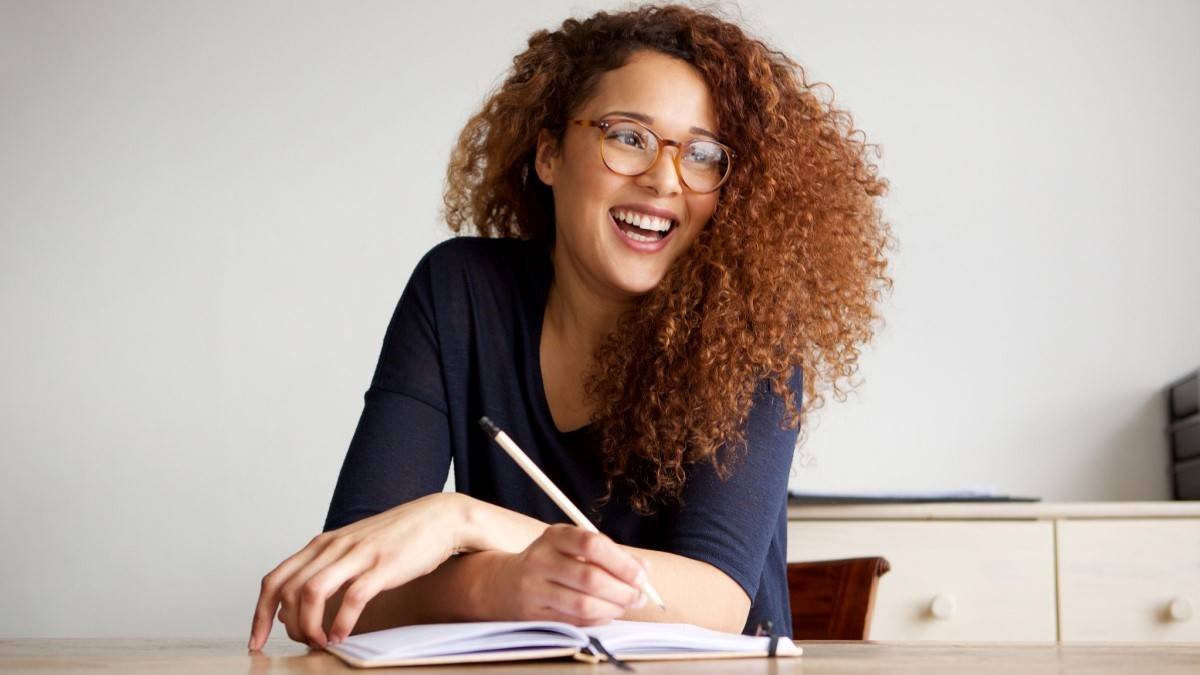 As a Quebecois city, Montreal's public school system consists of both French and English-speaking schools. It should, however, be noted that most of these educational institutions conduct lessons in french, which is the language of the majority in the province.

Check out these immigration pathways for Montreal:

Do I apply for immigration programs for Montreal online or using a paper application?

You will have to apply online. However, if you are unable to do so due to disabilities or other factors, you can request an application in another format.

What other application formats are there?

You'll be able to request a paper, braille or large print application.

Which documents will allow me to study in Montreal?

You will have to get a Québec Acceptance Certificate (CAQ) for studies and a Study permit.