How close is Canada to its neighbors? We break down Canada-US relations and how they affect immigration.


The United States and Canada are famously close. While, yes, geographically, they are right next to each other, they also have a very strong relationship. While each country has a distinct culture, their cultures share many similarities. They have numerous trade agreements and tax treaties and have supported each other in national security issues. They share official languages, and most of Canada's major cities are only a few hours' drive from the United States.

The History of US-Canada Relations 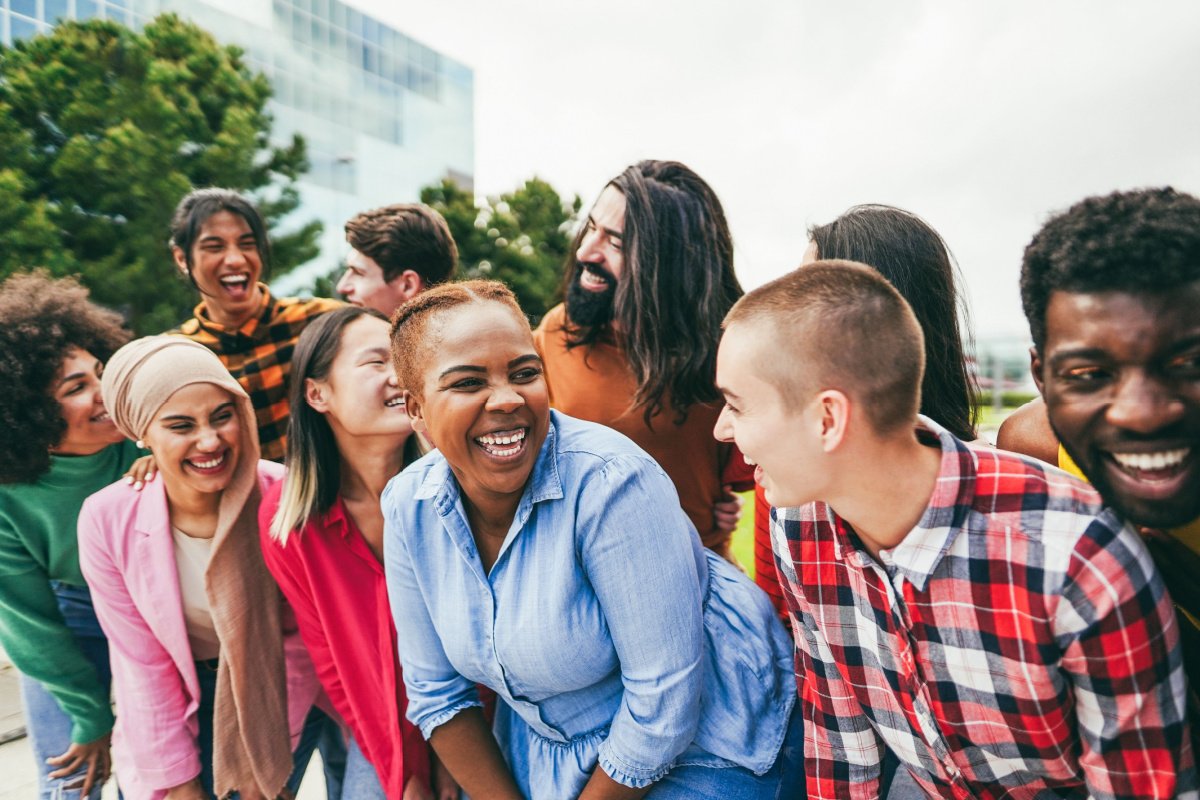 The relationship between the US and Canada was not always as friendly as we know it today. European settlers explored most of the regions during the 17th and 18th centuries, leading to several Colonial wars between the British and French for control over the different areas of Canada.

During the American Revolution between 1765 and 1791, many English Loyalists fled to Canada as it was still a British colony and still is subject to certain aspects of British rule today. If you have questions about the relationship between Britain and Canada, here's a handy breakdown.

The most significant conflict between both nations was the War of 1812, where the US attempted to invade Canada to fight against the harsh policies such as heavy taxation against the US enacted by the British due to their Napoleonic war with the French. During this war, the US annexed a section of Western Ontario, and Canada gained control over large portions of Wisconsin, Michigan and Illinois. The conflict ended in 1814 when Napoleon surrendered, and the British lifted their harsh policies.

The borders between the US and Canada were reorganized throughout the mid-19th century, and Alaska became part of the United States in 1903. However, the relationship between the two countries only began to warm after 1917, when the US elected to join the First World War (WWI), supporting the Canadian-backed Allied Powers.

The relationship continued to grow post-WWI, culminating in 1938 when US president Franklin D. Roosevelt gave a speech in Canada stating that the US would defend them if the growing Axis powers attacked them.

After the US joined the Second World War (WWII) in 1941, they fought alongside Canada and supported them through significant conflicts like the famous D-Day invasion of France.

After WWII, US-Canada relations grew due to the heightening tensions between the capitalist US and the communist United Soviet Socialist Republic (USSR), now Russia. However, since the late 1940s, the US and Canada have enjoyed a friendly, close relationship, which has allowed for the proliferation of trade agreements, immigration programs and tax treaties.

Immigration Between the US and Canada 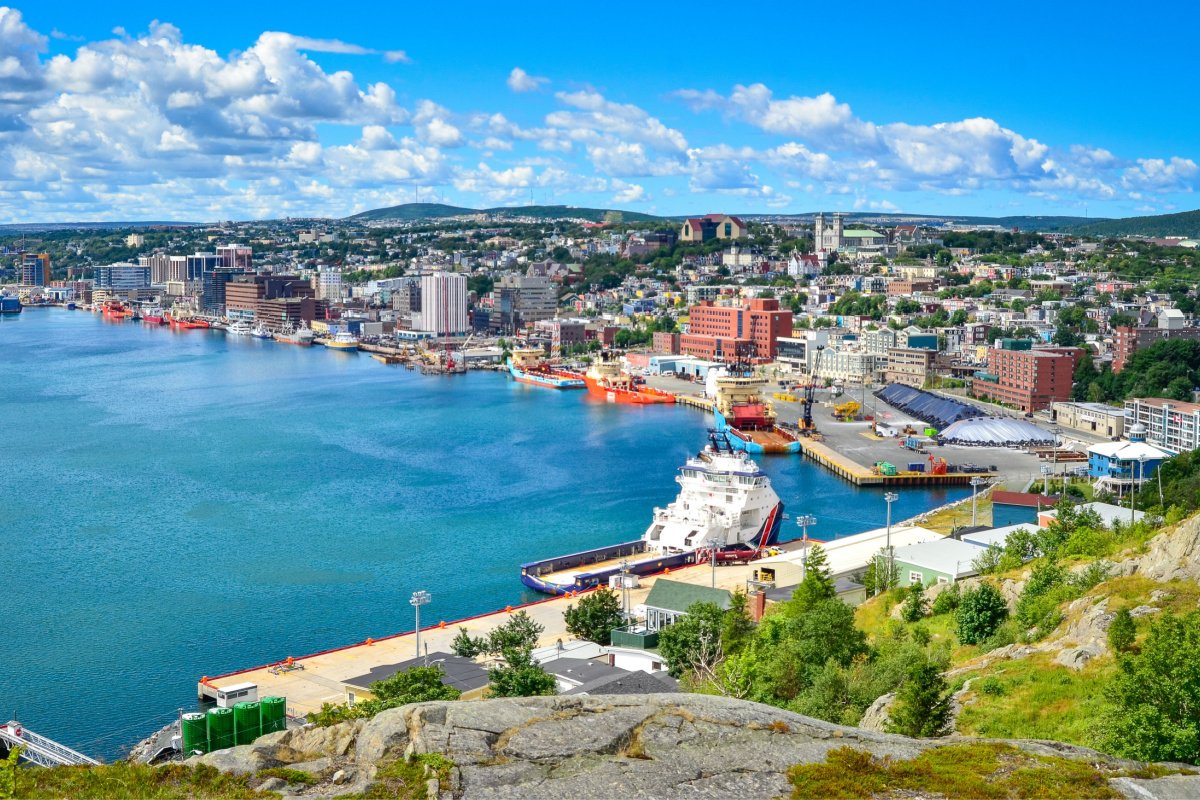 Canada and the US have a long and storied history of immigration due to their proximity and significant historical events like wars and gold rushes. To this day, as there is an abundance of opportunities in both countries, there is substantial migration between both countries.

According to the Canadian government, over 800,000 Canadian citizens currently live in the US. The number of US citizens moving to Canada has also increased recently, though there was a significant slowing during the COVID-19 pandemic.

According to Immigration, Refugees and Citizenship Canada (IRCC) data, Canadian immigration to the US has been gently slowing since around 2006.

Due to their close relationship, both countries have specific programs that help citizens immigrate from Canada to US or vice versa.

How to Immigrate to Canada from US

Find out more about CUSMA, its different streams and how to apply here.

If you're a US citizen wanting to immigrate to Canada from US but want to know which program you're most eligible for, it's best to speak to a certified expert. At CanadianVisa, our team of Regulated Canadian Immigration Consultants (RCICs) can give you a complete eligibility evaluation to help you determine which program you're most likely to qualify for and what you need to do to ensure you can move to Canada as quickly and efficiently as possible. 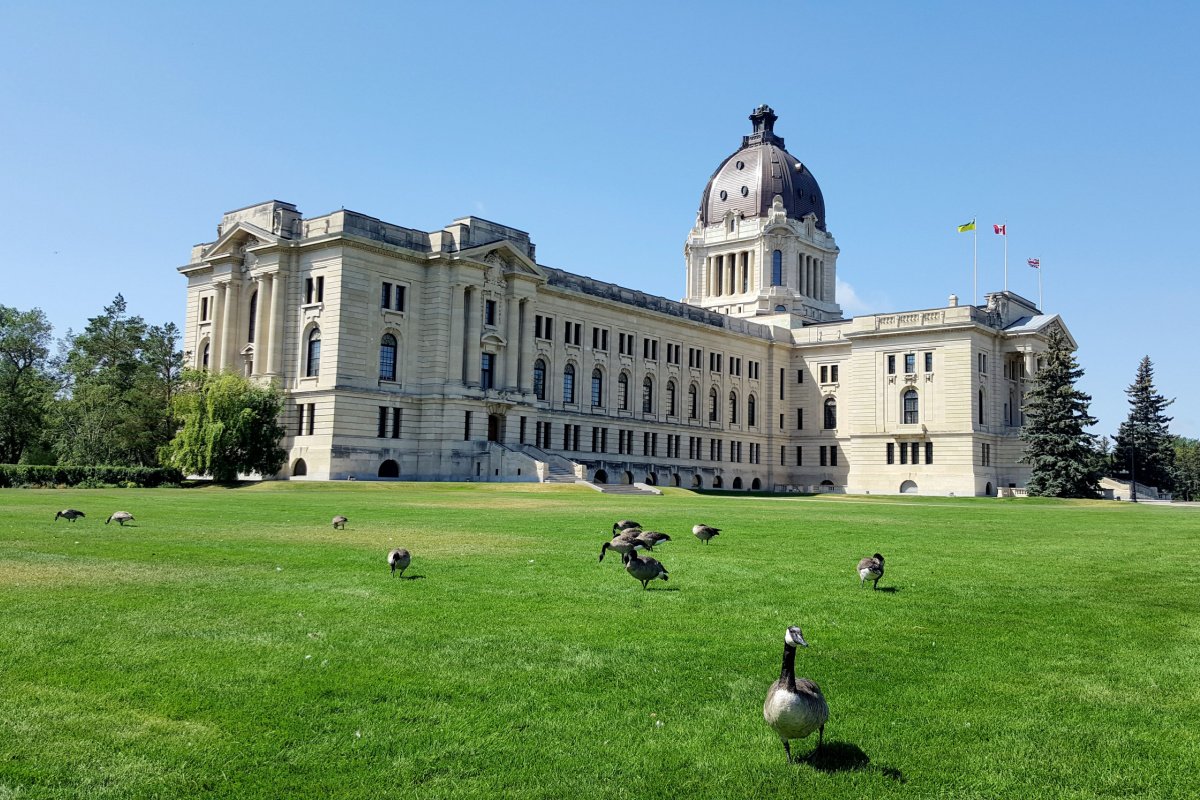 The US and Canada have one of the most extensive trading relationships in the world and have had some form of free trade policy in place since 1855. According to the Canadian government website, there was over $1 trillion in bilateral trade between the US and Canada in 2021. Canada was the largest trading partner with the US in that year.

Trade between the two nations is so massive because many North American supply chains have sectors in both Canada and the US. As a result, 79% of Canadian goods sent to the US are for manufacturing, support or other parts of the US supply chain.

The Canadian and US governments have had several massive trade agreements over the last four decades to facilitate this enormous amount of trade. These agreements are as follows:

The Canada-United States Free Trade Agreement (CUFTA) was a bilateral trade agreement between Canada and the United States between 1987 and 1994. It was explicitly designed to eliminate any trade barriers between Canada and the US, facilitating conditions for healthy and fair competition, improve investment conditions in both countries, establish a protocol to help eliminate disputes, and lay the foundation for greater cooperation between both countries.

It was replaced by the North American Free Trade Agreement (NAFTA) in 1994.

The North American Free Trade Agreement (NAFTA) is designed to promote trade between Canada, the US and Mexico by eliminating most tariffs on agricultural products, textiles and cars, turning most of North America into a free trade zone.

One of the significant outcomes of the agreement was establishing high common workplace safety standards, labour rights, and environmental protection. The program closed down in June 2020 and was immediately replaced by CUSMA.

While it does have numerous programs to facilitate work-related immigration or travelling to Canada, the primary purpose of CUSMA is to liberalize trade between Canada, Mexico and the US by abolishing tariffs and other trade barriers as well as putting measures in place to prevent future obstacles from being formed. 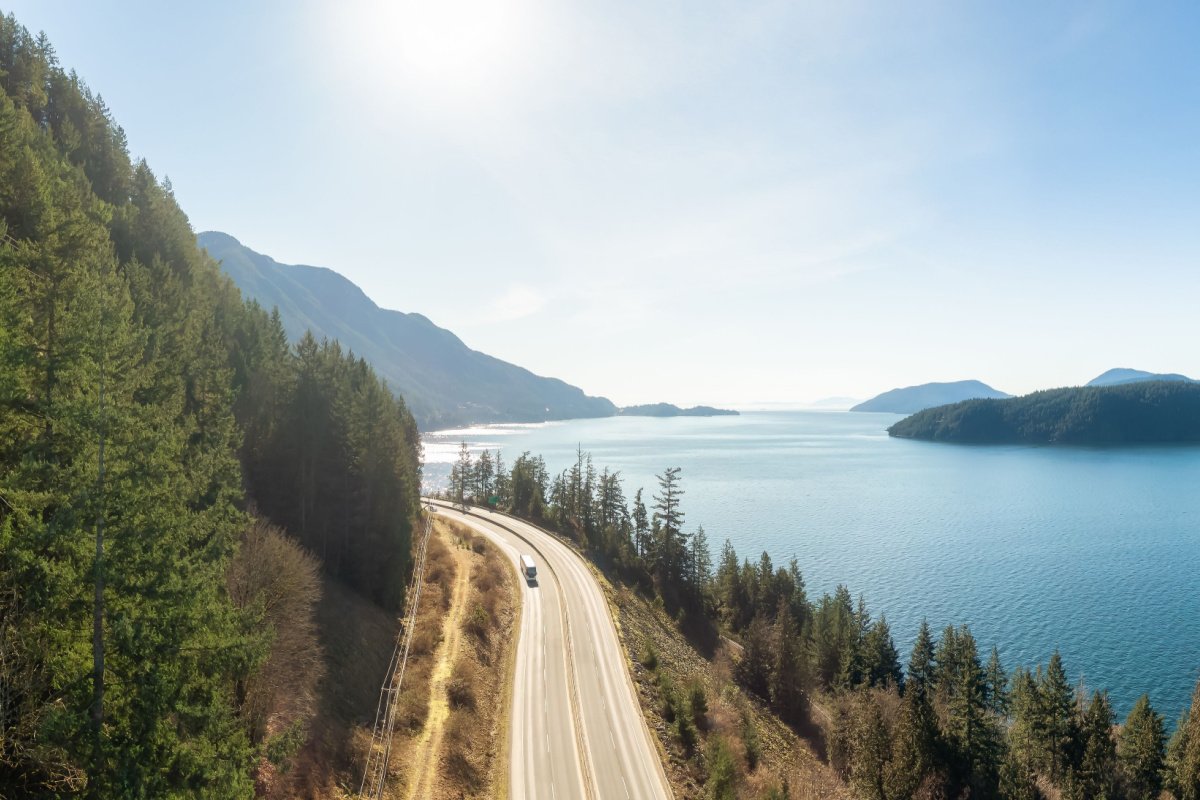 Due to Canada and the US having vastly different tax laws, the Canadian and American governments have devised the Canada-US Tax Treaty. This treaty is explicitly designed to significantly limit tax issues for American citizens in Canada and Canadian citizens in the US.

This is due to the US tax system, which requires all US citizens to pay income tax, even if they are not living in the US. As a result, the Canada-US tax treaty exists to prevent US citizens living in Canada and Canadian citizens residing in the US from being taxed twice. Of course, there are exceptions to this treaty, like if you're a dual resident of the US and Canada.

This program mainly operates on a case-by-case basis and entirely depends on your specific situation.

Are US dollars Worth More Than Canadian Dollars?

Yes. At the time of writing, one US dollar costs approximately CAD1.35

Are US citizens Entitled to Free Healthcare and Schooling in Canada?

What's the difference in the cost of living in the US and Canada?

This generally depends on the city you're in and the structure of your lifestyle. However, here's a basic breakdown of the cost of living in Canada to give you a good idea of what to expect in Canada.

Make the Best of US-Canada Relations 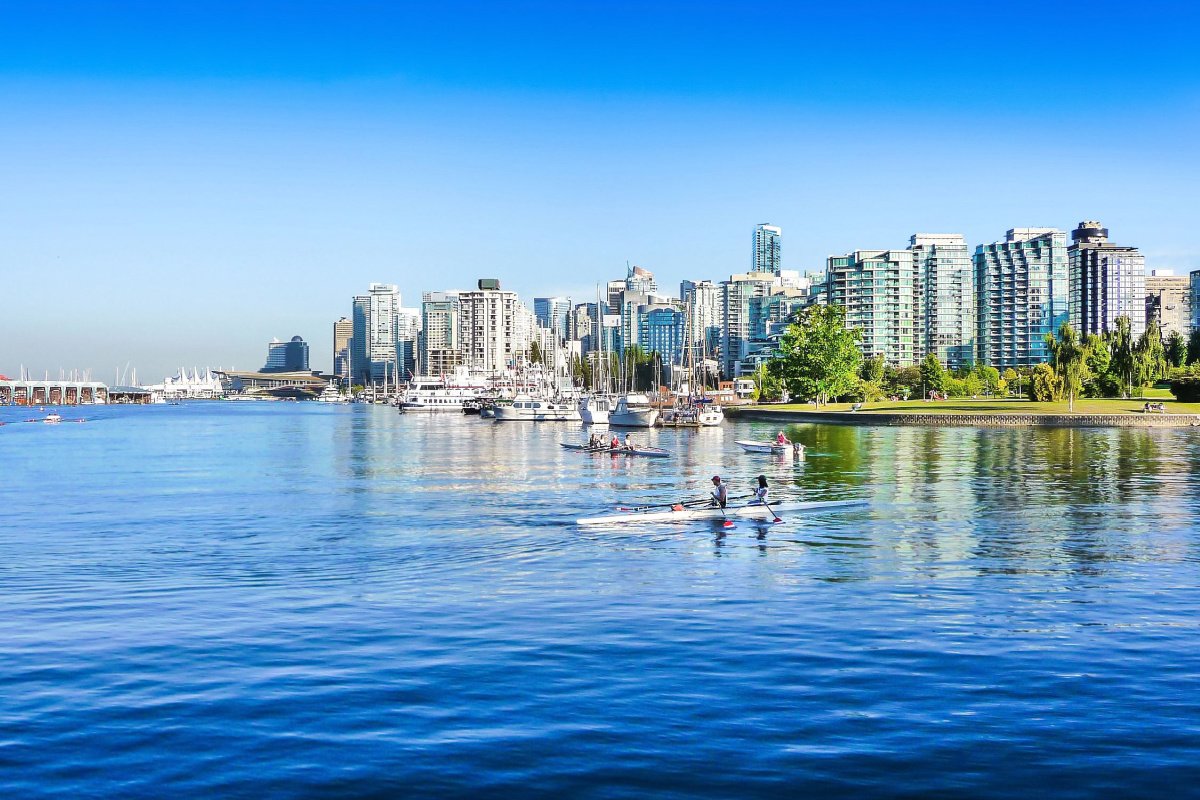 If you're a US citizen and want to immigrate to Canada, the best way to ensure you get there as quickly and efficiently as possible is by speaking to an RCIC. An RCIC can evaluate you to find the right immigration program for you, fill out your application forms, curate your CV to Canadian employer standards, represent you with certain border authorities, help you prepare the necessary documentation and provide you with all of the advice and guidance you need to get through the Canadian immigration system.