If you want to live in Canada, in British Columbia, here are our top 10 reasons 1. Their economy, British Columbia is home to a number of industries such as biotechnology, alternative fuels, software development, finance and more.

10 Reasons why you should consider moving to British Columbia

British Columbia is the westernmost province in Canada with a population of around 4 million people and is located between the Pacific Ocean and the Rocky Mountains. Its largest city is Vancouver and it is the third-largest metropolitan area in Canada.

Victoria, British Columbia’s beautiful capital, is situated on the scenic Vancouver Island just a short ferry or seaplane ride from the mainland.

The province’s location on the west coast gives it a temperate climate with warm dry summers and the winters are milder than most parts of Canada. British Columbia as a whole has a very low unemployment rate and it is expected to create nearly 500,000 jobs by the year 2020. Consistently voted as the most liveable city in Canada, Vancouver is a thriving economic hub with excellent career prospects and business opportunities. Families moving to British Columbia have a variety of excellent school options and outdoor activities in both summer and winter to keep people of all ages active and healthy.

There are numerous reasons why moving to British Columbia is an excellent choice, we have selected the top 10 reasons to pack your bags!

Vancouver is also home to a number of industries such as biotechnology, alternative fuels, and software development just to mention a few. Foreign technology companies are also present in Vancouver including, IBM, Intel, Kodak, Microsoft, and Nokia.

MacDonald, Dettwiler, and Associates (MDA) is one of the biggest firms in the province, employing over 1000 people, working in satellite and information systems technology.

HSBC Canada, one of the largest banking and financial services organizations in the world has its headquarters in Vancouver as do a number of mining and forestry companies.

Vancouver also hosted the Olympic and Paralympic winter games in 2010 thereby creating jobs and bringing in an estimated $3 million in revenues.

The British Columbia Institute of Technology provides polytechnic education and offers diplomas and degrees in a variety of fields. There are also a number of community colleges available, especially in Vancouver, also including the Emily Carr University of Art and Design and the prestigious Vancouver Film School, a renowned private art school.

British Columbia also has a number of Government funded elementary and high schools that offer students a high level of quality education. 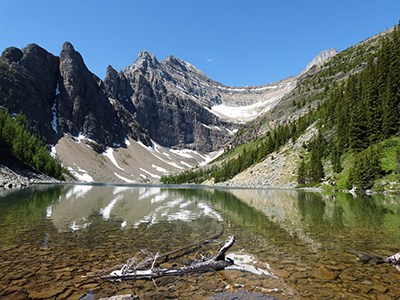 British Columbia’s rather dramatic landscape makes it one of the best places in the world to live in, with outdoor adventures from sailing and golfing in the summer to skiing and ice climbing during the winter months. For ardent skiers and snowboarding enthusiasts wanting to move to British Columbia, the snow-covered peaks of Whistler-Blackcomb boast some of the best slopes in Canada and North America.

The Glacier National Park is one of the most ecologically significant regions in Canada with ancient cedar trees as well as bears and caribou and its spectacular scenery make this perfect spot for rock climbing and hiking. For a more relaxed natural environment and intimate encounters with nature, people visit the naturally warm pools and incredible horseshoe caves of the Ainsworth Hot Springs in the southwest of the province.

The communities in British Columbia are culturally and ethnically diverse, with immigrants making up nearly 27% of the province’s overall population. An additional 5% of the population is made up of indigenous Aboriginal peoples.

Apart from the country’s official languages of English and French, people in British Columbia also speak a number of Aboriginal languages as well as Chinese, Punjabi, and Korean among others.

The people of British Columbia, like the rest of the country, are friendly and welcoming people from many cultures and backgrounds. Each of them call Canada their home, creating a diverse and vibrant environment that is also attractive to international students.

British Columbia has many alternative modes of transport to help with getting in and around the beautiful province. British Columbia’s public bus system is the most commonly used mode of transport as it services most of the areas. Taxis are also considered fast and a convenient way of travel and there are many taxi companies available in and around the cities. For a pleasurable and fun way of travel, the ferry is a very good option as it enables travelers to experience the breathtaking views of the ocean and it is a fun way to get to the beautiful Islands. 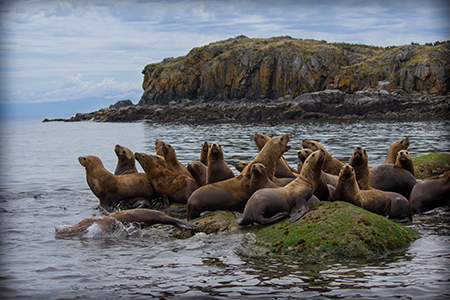 Wildlife in British Columbia is abundant with visitors and residents alike enjoying the serene scenery, bird watching, whale watching and if you are lucky, enjoying an incredible sight of grizzly bears pawing salmon.

Hiking is known to be a great way to see wildlife in the mountains. Across the inland, the parks, grasslands, and forests are alive with moose, mountain goats, and bighorn sheep.

British Columbia is home to more than 1000 species of vertebrates, including 488 bird species, 142 mammal species, 83 freshwater species, and 368 saltwater fish species. Over 150 wildlife species and sub-species are considered candidates for endangered, threatened, or vulnerable statuses.

It is often said that people visit British Columbia for the spectacular scenery and linger because of the food delicacies, wine, and relaxing setting. Thanks to the abundance of farms, wineries, breweries and restaurants that work with award-winning chefs, the province has become a top destination for serious food and dining enthusiasts.

Many of the restaurants in British Columbia incorporate local fresh ingredients in their meals and there are a variety of dining options that cover different types of international cuisines. British Columbia also provides a variety of winding down options, like soaking in the natural hot springs or visit one of the numerous wellness centers all around the province.

There are more than 200 wineries in British Columbia and they range from intimate, family-run vineyards on the pristine Vancouver Island to magnificent estate wineries set under the backdrop of sparkling water lakes in the Okanagan Valley.

From the time of the earliest settler to the present day, immigration in British Columbia has always been a major component of the province’s growth and economic prosperity. With a decreasing birth rate in the province as well as the aging population, the province is expected to continue to rely on immigration for the foreseeable future.

More importantly, as a way of meeting its various needs, the province frequently uses the Provincial Nominee Program to help speed up the immigration process for qualified international applicants who have the skills and knowledge that will help contribute to the continued growth of the province. As a result, not only are people moving to settle in the province, British Columbia is also one of the major destinations for individuals coming to Canada through the much lauded Temporary Foreign Worker Program.