Uncover what life would be like in Canada’s most underrated cultural centre - Fredericton.


Fredericton is famous in Canada as one of the country's most exciting, artistic and vibrant hidden gems. Nestled right in the center of New Brunswick, Fredericton offers a lifestyle that combines the peace of small-town living, the artistic stylings usually reserved for the underworld of a hulking metropolis and the access of a large city. While foreign nationals looking to make a new home in Canada often overlook it, there are many reasons why Fredericton could be a fantastic new home.

The city of Fredericton is one of Canada's oldest cities and is deeply steeped in the country's history. With evidence of human inhabitants dating back over 12,000 years, the area was used for farming by the Maliseets tribe until French colonists built Fort Nashwaak in the area in the late 1600s.

It was overtaken by the British in 1783, named Fredericstown - later shortened to Fredericton - after the son of King George III.

Today, Fredericton has been designated a city of Arts and Innovation by the government of New Brunswick. To this day, Fredericton's municipality fully invests in funding, promoting and supporting the local art scene. The city even has its poet laureate, who is in charge of Fredericton's poetic and artistic endeavours.

Fredericton leans hard into its artistic slant and, as a result, provides a fascinating, unique culture and experience.

Where is Fredericton on the Map

Despite being widely referred to as Freddy Beach, New Brunswick does not, in fact, have a beach. Instead, the Saint John River splits the city of Fredericton in half, giving it the phenomenal picturesque views that have inspired the fantastic art throughout the city. Most of the Fredericton suburbs spring up on the sloping hills surrounding the city's core, with much of the central business district falling on the flat ground close to the river.

The Fredericton weather is massively influenced by its proximity to the Saint John River. As a result, Fredericton's summers are relatively temperate, but the winters are freezing. However, thanks to the proximity to large bodies of water, even the coldest winter temperatures don't get all the way down to the freezing temperatures experienced in the territories in the North of Canada.

The summers in Fredericton are generally just under four months, starting right at the end of May and ending after mid-September. In the summer, the temperatures in Fredericton usually stay between 15°C (59°F) and 25°C (77°F).

Fredericton's winters are slightly shorter, starting early December and ending just before mid-March. During this time, the Fredericton weather is famously freezing and snowy, with temperatures between -13°C (8.6 °F) and -4°C (24.8 °F). 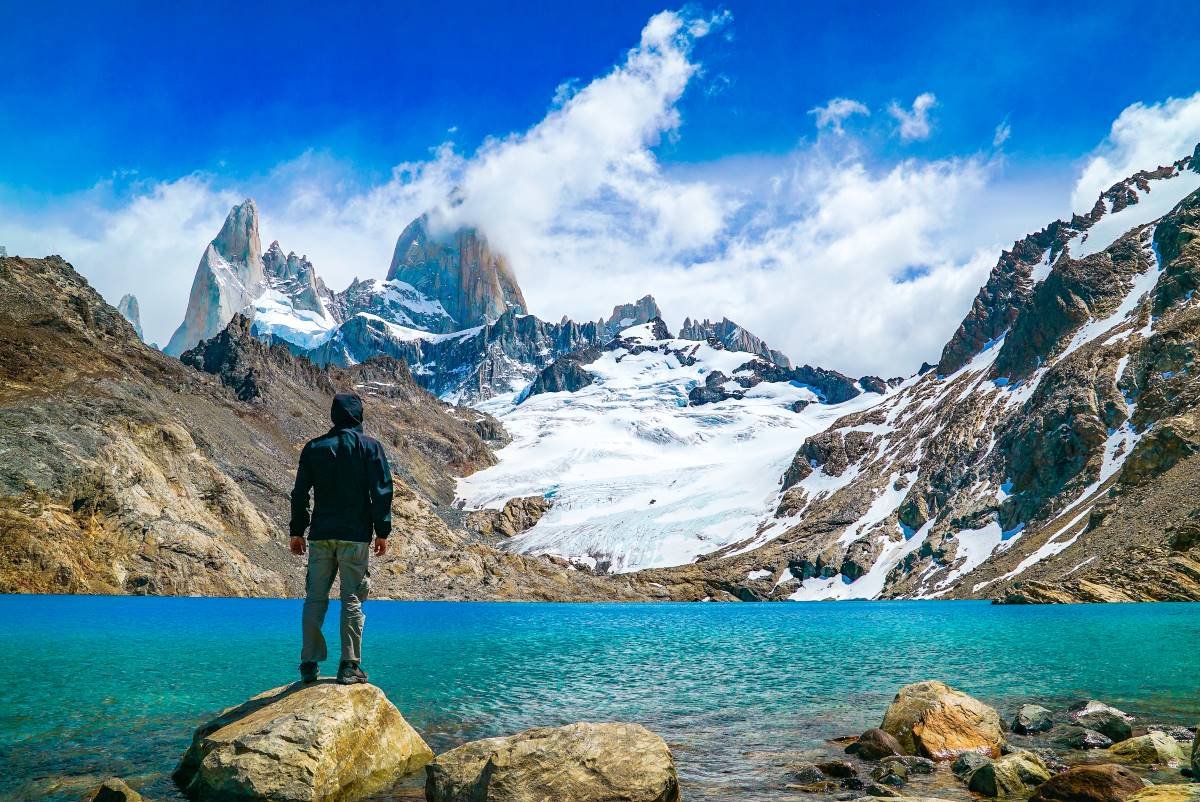 Work and Jobs in Fredericton

New Brunswick's economy is primarily built on forestry, agriculture, tourism, retail trade and small-scale manufacturing industries. As the provincial capital, Fredericton is a considerable part of the New Brunswick economy, with much of the sector the province built on these critical industries.

To find out more about which type of jobs are most in demand in Fredericton, here's a full breakdown of the most in-demand occupations in New Brunswick.

The Cost of Living in Fredericton 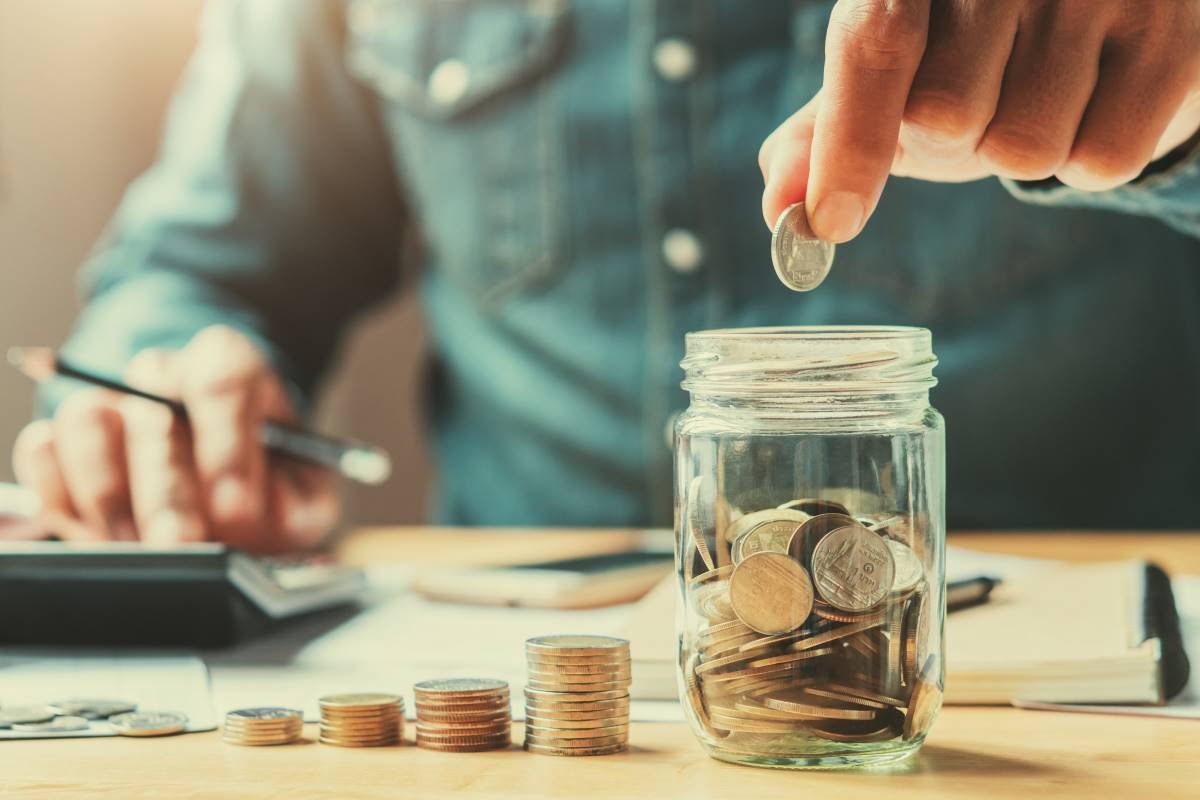 Fredericton is known for having a relatively high cost of living for Canada's smaller cities. However, compared to larger cities like Toronto, it's clear that Fredericton is a far more affordable option without sacrificing the vibrant social culture those cities provide.

For example, the cost of living both as a single person and as a family in Fredericton is substantially cheaper than that in Toronto.

The biggest money-saver, however, is housing costs. Fredericton's monthly rent, compared to Toronto, is as follows:

However, despite the lower living and housing costs, salaries in Fredericton are higher than in Canada's major cities.

As a result of these factors, Fredericton residents enjoy a higher purchasing power than those in the major cities, giving them a chance to enjoy the wide variety of things to do in Fredericton.

Due to Fredericton's low housing prices, a wide variety of fantastic neighbourhoods cater to people of many different backgrounds. Some of the most exciting neighbourhoods for newcomers to the city of Fredericton are as follows:

A vibrant community on Fredericton's southern border, New Maryland is one of New Brunswick's wealthiest communities. The residents of this neighbourhood have excellent access to shopping on Prospect Street and recreational and community programs. This makes it perfect for young professionals looking to make their home in Fredericton or for young families looking to get their start in a safe, comfortable, vibrant community.

Steeped deeply into the city's history, Fredericton's downtown area is the city's cultural hub. Home to some of the city's top artisans, boutiques, parks, skating rinks, bars, cafes, restaurants and museums, Downtown Fredericton offers the full range of the vibrant culture of the metropolitan area.

For those looking for the quiet, peaceful nature of rural Canada without having to leave the city behind, Hill Area is perfect. So close to some of Fredericton's excellent schools and universities, Hill Area is a hotspot for students and families with a wide variety of outdoor activities and safe, well-protected suburbs.

With most people preferring to drive, Fredericton is not known as a city loaded with public transport. Instead, air travel is centred around Fredericton International Airport, which offers flights throughout Canada and to certain cities in the United States of America.

Fredericton does have a bus service covered by Fredericton transit which has 28 buses that cover 12 routes six days a week. While it's not as extensive as the public bus systems in other Canadian cities, it greatly aids in helping residents get around the inner-city area.

For those looking to leave the city, the Maritime bus fleet connects Fredericton residents to other major centres in eastern Canada.

Things To Do in Fredericton 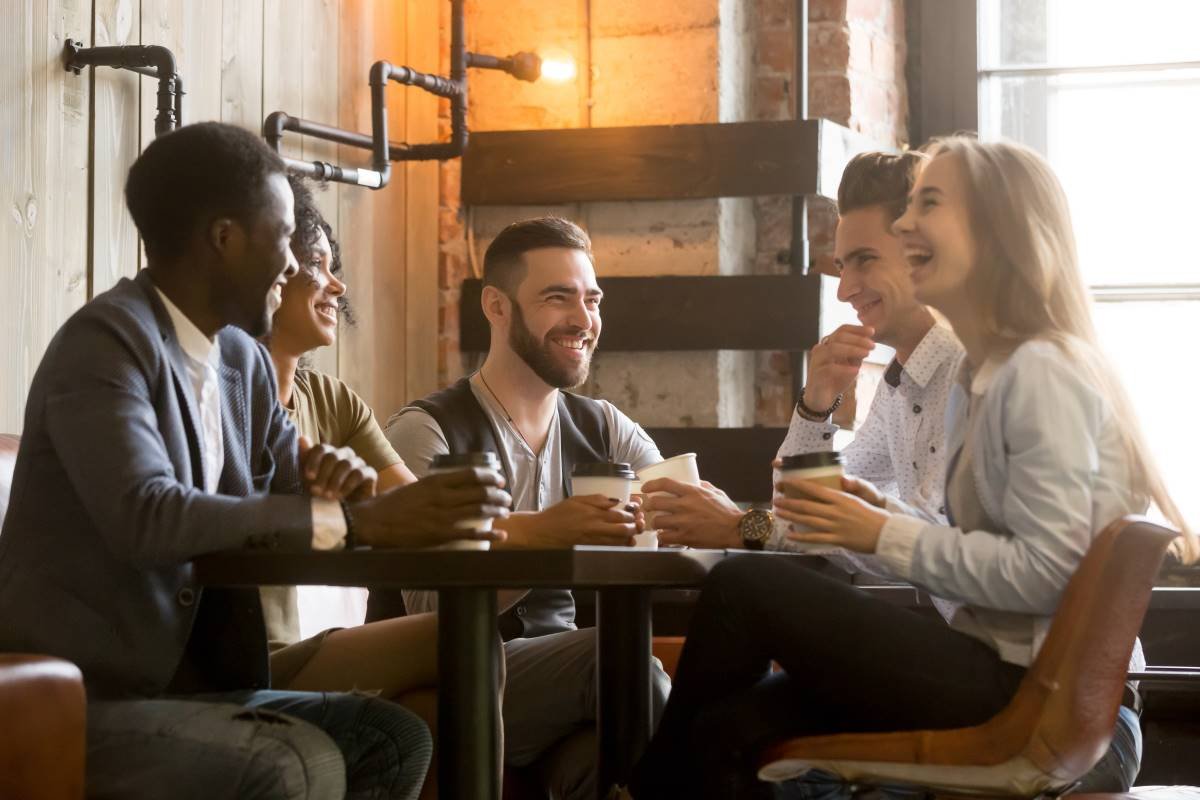 One of the significant perks of life in Fredericton is the vibrant social life that exists within the city. In addition, Fredericton is an artistic and cultural capital in Canada and has a wide variety of fantastic activities.

Fredericton is the Capital of Canadian Beer Crafting

Canadian beer has been famous for generations due to the quality of the beer and the slightly higher alcohol percentage in Canadian beer brands like Molson, Labatt Blue and Moosehead. However, when it comes to craft beer, the Canadian beer capital is Fredericton.

Fredericton - A City of Arts and Innovation

The Fredericton community runs several community arts projects, like the summer Artist In Residence program in the Fredericton Botanic Garden and Killarney Lake Park. This is when some of Fredericton's top artists leave their studios and work outside for two weeks. Public members are invited to observe the artists at work in the part and even discuss their process with them.

Fredericton is also a hotspot for exciting local festivals that light up the city and bring everyone together. The Harvest Festival is a highlight of Fredericton's festival season. Other festivals include a poutine festival, a wine festival, a Whiskey festival, and Feist in the field.

With so many fantastic options, there is no shortage of things to do in Fredericton. 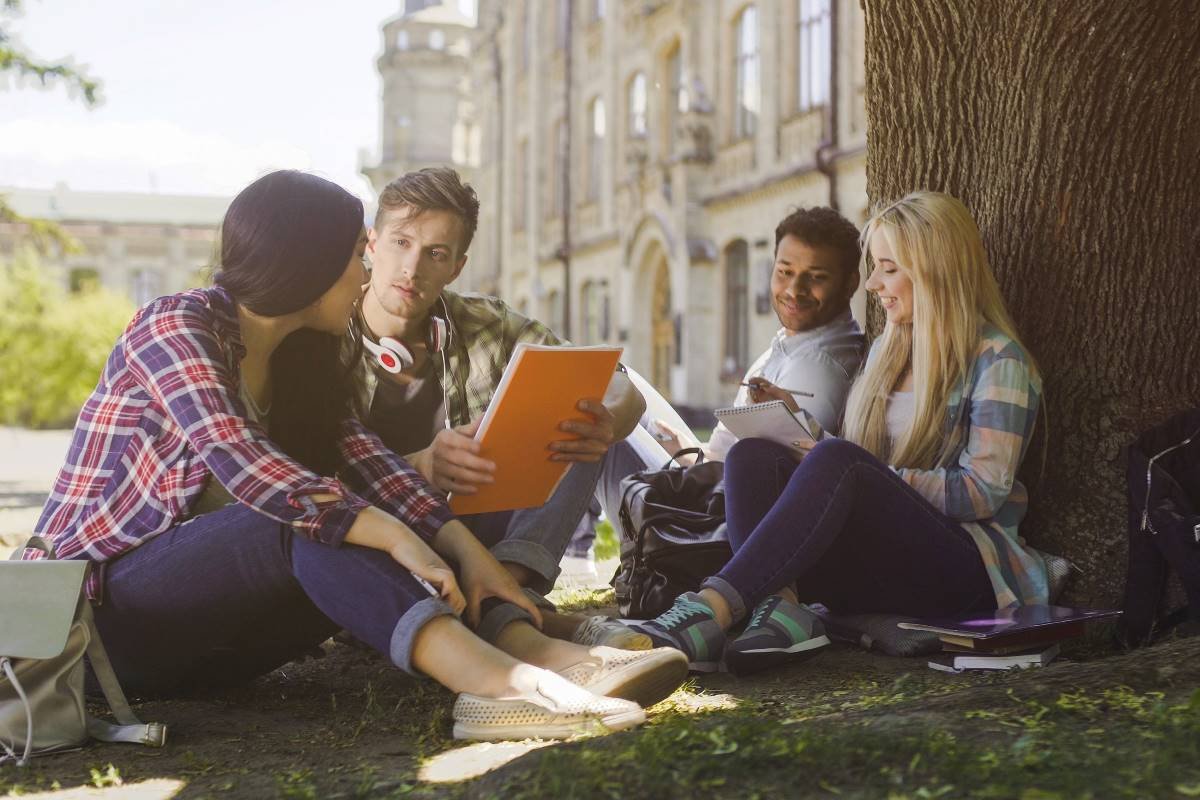 Fredericton is a highly educated city. Within the city are a multitude of colleges and universities, as well as over 30 schools, including Fredericton High School, the oldest English high school in Canada.

One of the major reasons Fredericton remains so vibrant is the massive influx of young people to its plethora of world-class tertiary institutions, including but not limited to:

The most popular immigration program for those wanting to move to Fredericton is the New Brunswick Provincial Nominee Program (NB PNP). The NB PNP is specifically designed to help New Brunswick's economy by filling gaps in the local labour market with skilled foreign nationals.

They achieve this by giving foreign nationals with in-demand skills a chance to become a permanent resident of Canada either directly via the province or via the Express Entry system. Find out more about how you can apply online for permanent residence in New Brunswick below.

Pros and Cons of Fredericton

Is Fredericton Good For Immigrants?

Despite the lack of an international community, Fredericton is highly welcoming to newcomers as is much of New Brunswick. Canadians are famously friendly and the Canadian economy relies on the help of internationals. While there is no definitive answer as to whether or not a particular city is good for immigrants, Fredericton certainly ensures newcomers are well looked-after.

What's the Fastest Way to Move to Fredericton?

How fast you can move to Canada is entirely dependent on which program you apply through and your eligibility for that program. Here's a full breakdown of the fastest routes to Canada.

How Can I Study in Fredericton? 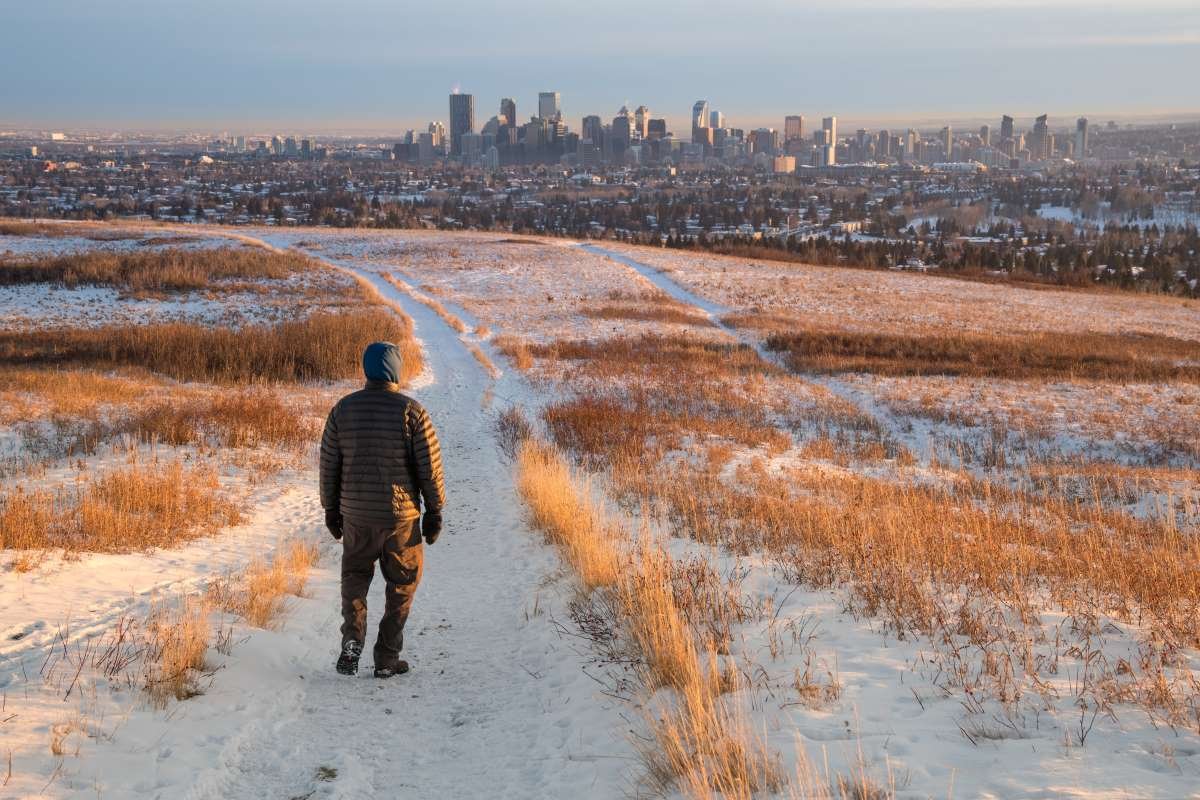 Now that you know all of the basics of life in Fredericton, from Fredericton weather to the job opportunities waiting for you in the city. However, with over 100 visa and immigration programs to choose from, knowing how to make your move to Fredericton can be daunting. One of the best ways to simplify this process is to bring in expert help. An RCIC is certified to help you get through every part of the immigration process.

An RCIC can evaluate you to find the right immigration program for you, curate your CV to Canadian standards, fill out your application forms, represent you with certain immigration authorities, help you compile your immigration documents and provide you with all of the necessary guidance and advice you need to get through your application process quickly and easily.