Want to find the perfect place in Canada for a vacation? Then look no further, check out our top 10 reasons to visit Halifax, Canada. From the unforgettable Cabot Trail, to the Cape Breton Highlands National Park and so much more!

Plan to visit Canada in the future? Then Halifax should be on your list of fantastic places to visit in Canada. This French architectural city with its wonderfully fresh sea breezes and ocean promenades. hosts a lively, thriving art scene.

If you want to enjoy some theatrical performances, live bands or just some mouth watering, culinary delights, then Halifax is just for you. Seeped in history, Halifax has a number of forts, citadels and old coastal towns to tour. Check out our top 10 reasons to visit Halifax and discover why Haligonians love to live in Canada!

1. Take a road trip up the Cabot Trail in Halifax 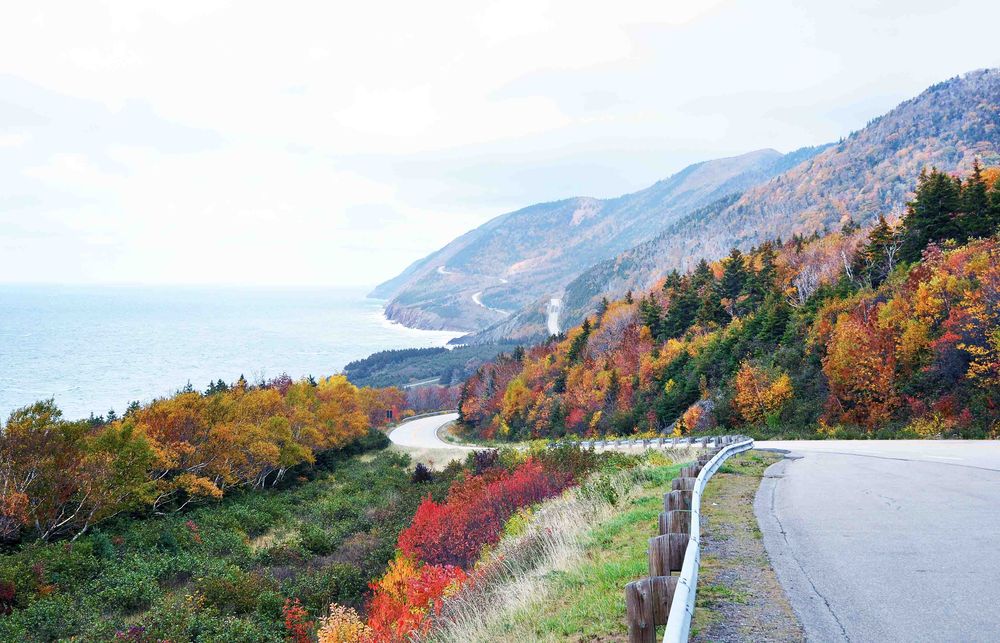 If you ever visit Halifax, one of the things you must do is take a breathtaking drive down the Cabot Trail. This stretch of road spans over 300 kms, with its stunning coastal views and rugged Nova Scotia mountain ranges, this road trip gives you a chance to really get some unforgettable photos.

But great scenery is not the only thing that Cabot Trail has to offer, with a myriad of attractions along the way, from hiking trails and picnic spots and quaint towns to stop off in. One of the best times to visit Cabot Trail is during the cool autumn months, where the entire landscape is transformed into a red, orange, gold and purple landscape of autumn leaves.

2. Take a step back in history at the Fortress of Louisbourg National Historic Site, Halifax 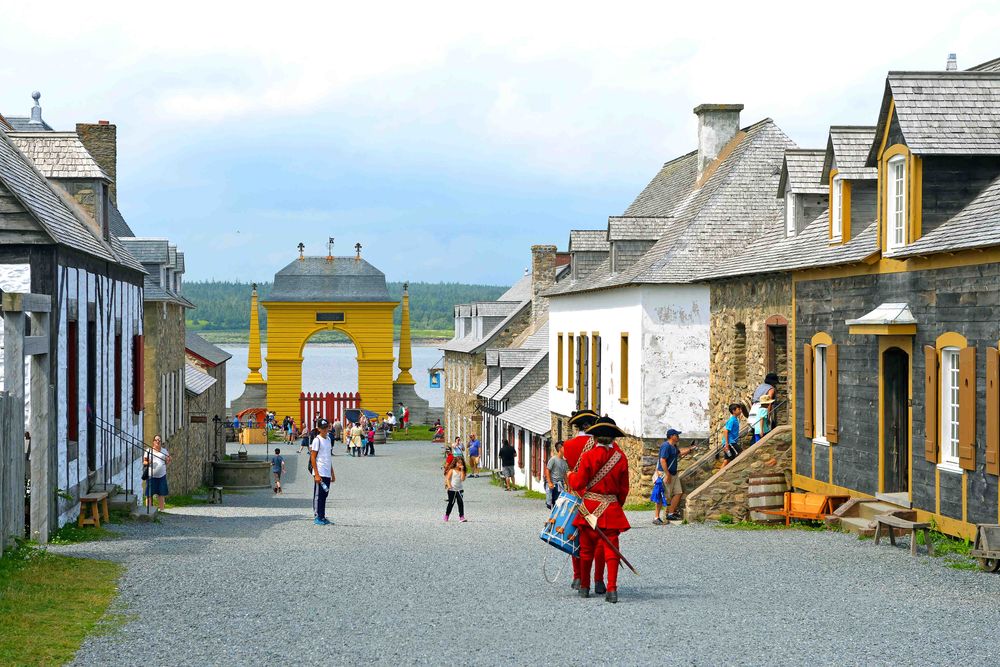 On the rocky shores of Nova Scotia is the Fortress of Louisbourg, which was originally built in 1713 and became the one of the busiest Canadian seaports during the early 18th century. Today, the Fortress has been reconstructed and lets you take a step into the past of this little French port town.

The fun activities offered by the fortress change during the year, So when you visit the Fortress of Louisbourg during the warm summer months you can immerse yourself in a real soldiers life. Taste some authentic soldier bread, or even fire an exact replica of a 18th century musket.

From rum tasting to taverns, you can wander into the past and talk to in costumed actors, from the lowest fisherman to merchants and soldier. Learn all about the history of the Fortress of Louisbourg. 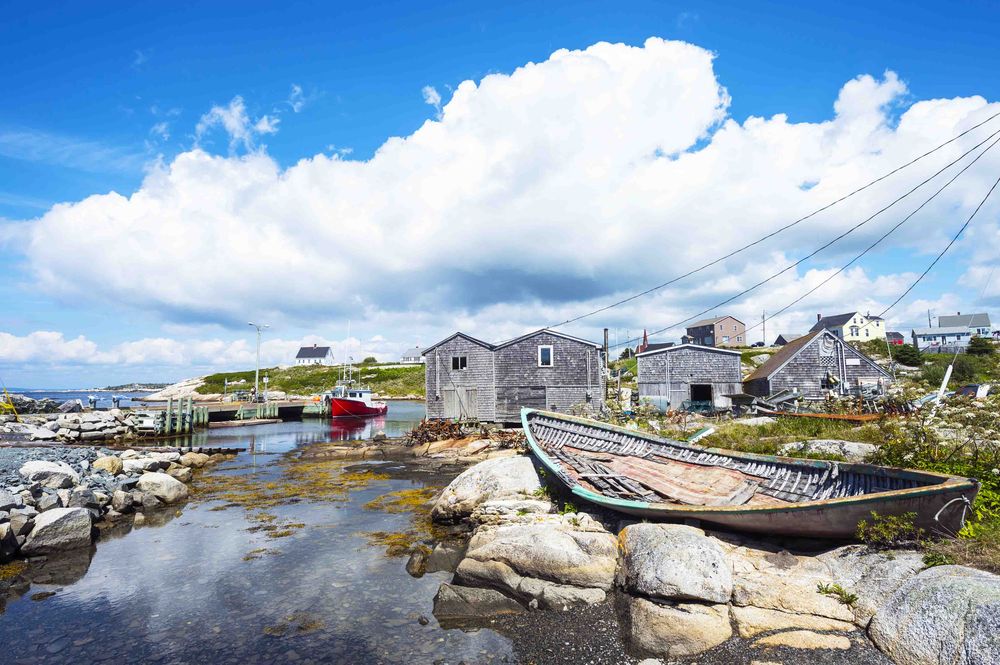 Just 43 kms from Halifax is the little fishing village of Peggy’s Cove. Perched on the Atlantic coast this fishing town embraces its roles as a historical recreation of a typical fishing town. With over 40 historical building that wind though fishing wharves, boat houses and art galleries to explore, you will not be disappointed.

Talk to the costumed guides as they go about their daily lives, and learn about how life really was in a Canadian fishing village. Take a tour of this living museum and visitor Canada, put Peggy’s Cove on your calendar plans! 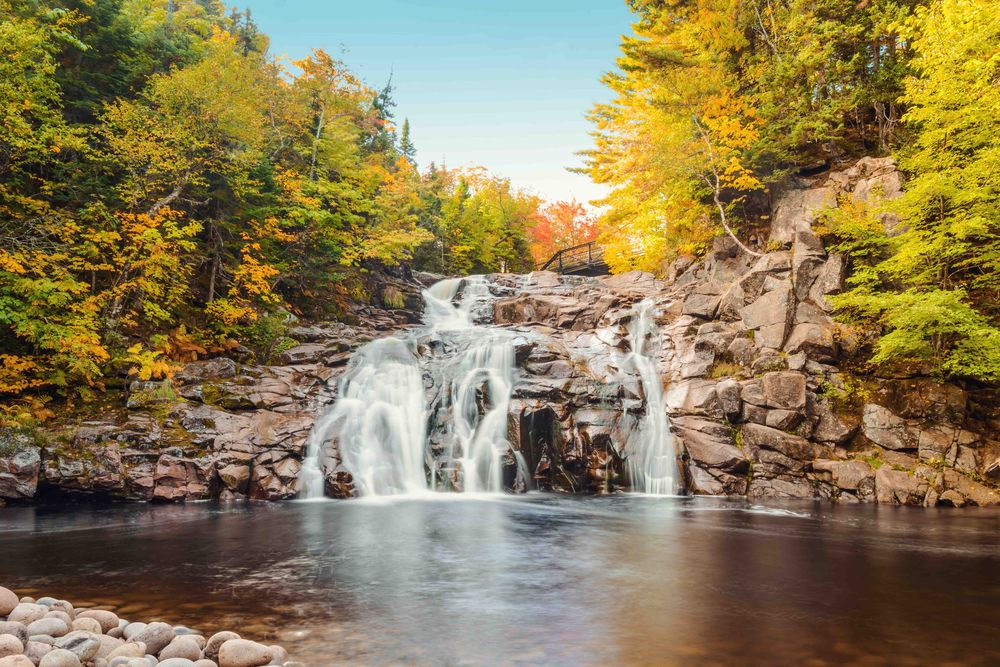 So if you are an avid hiker and you want to immerse yourself in the natural wonders of the Canadian wilds, then the Cape Breton Highlands National Park is perfect. From breathtaking hiking trails, to unrivaled wildlife, you can easily expect to see anything from moose, eagles, deer and even a few Canadian predators. Visit Canada and take a walk on the wild side. 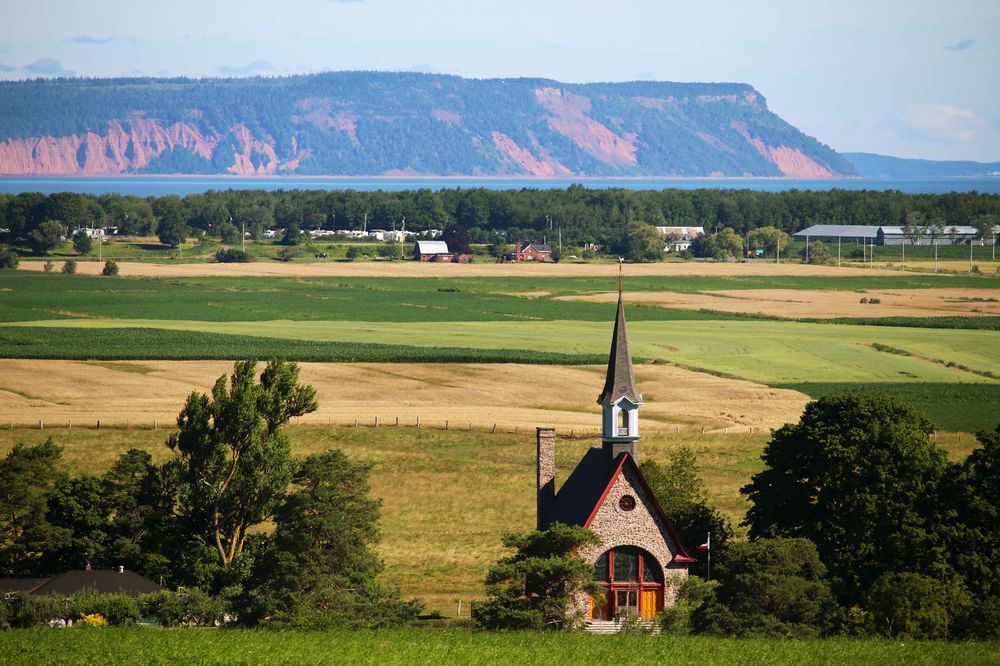 The Acadians that first settled in the Grand Pre area as early farmers, worked the Bay of Fundy’s salty marshes to survive. Later, when Nova Scotia became a source of conflict between the British and the French, and the Acadians refused to change their allegiance to France in 1755, 10,000 Acadians were deported and their farms burnt to the ground. The Grand Pre National Historic Site is a testament to Grand Pre’s historical importance of that moment.

6. Have ‘reel’ fun at the promenades of Lunenburg Waterfront, Halifax 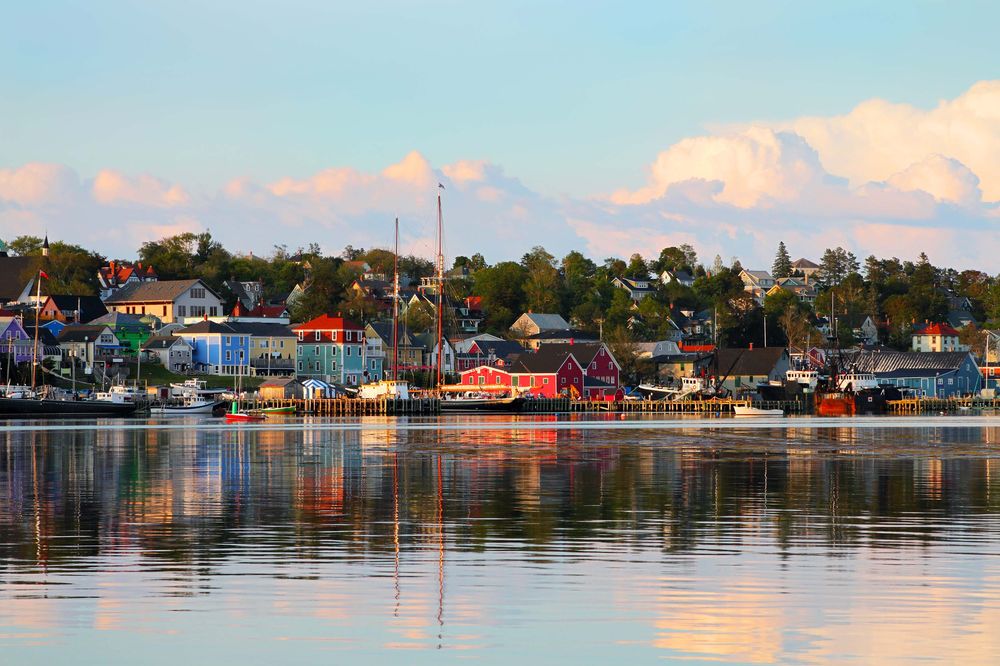 When you visit Canada, the Lunenburg Waterfront is a must see attraction. With its fantastically painted heritage building that cover the Lunenburg waterfront, is a testament to the port’s working history.

Watch the hardworking fisherman as they shovel ice to keep their catch extra fresh, or watch as ships come into the port. You can also wander to the Fisheries Museum of the Atlantic and learn all you could possible need to know from knowledgeable, experienced, fishermen.

An aquarium also lets you get close and personal with some Halibuts and 6 kg lobsters. So take a day to enjoy all that the Lunenburg Waterfront has to offer when you visit Canada! 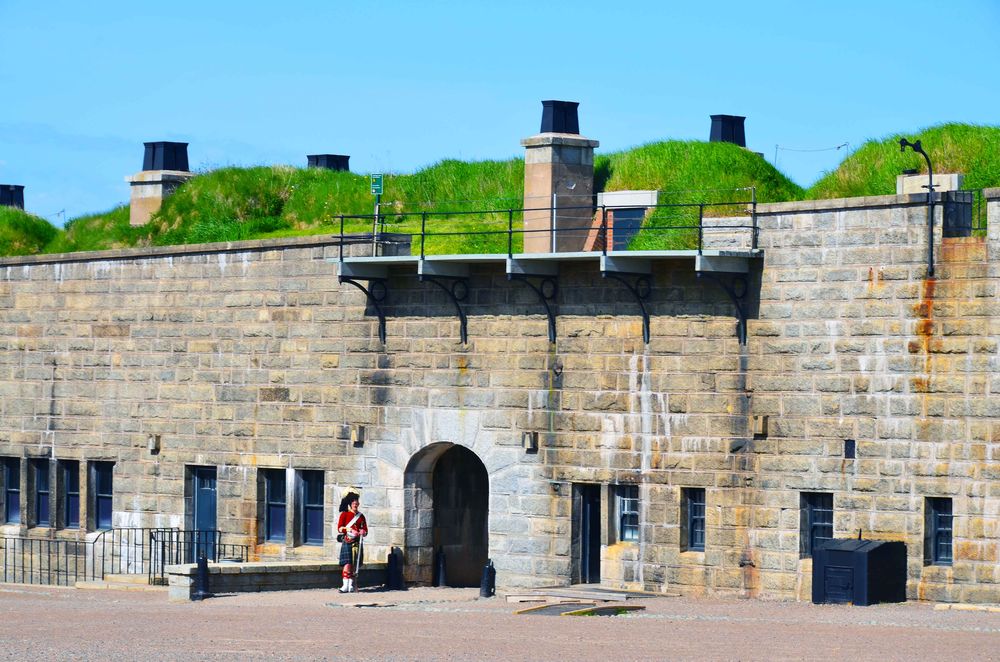 Built in 1856 this British Garrison was one of the few battlements to never see a fight. Today, the Halifax Citadel has become a Canadian National Historic Site that offers tours of the barracks, winding tunnels and powder magazines.

You can immerse yourself in the life of British soldiers through the authentic reenactments of the redcoats, and take some truly fantastic photos of the city and harbour while you are on the summit of Citadel Hill.

8. Take a stroll down the seaside promenade of Halifax Harbor 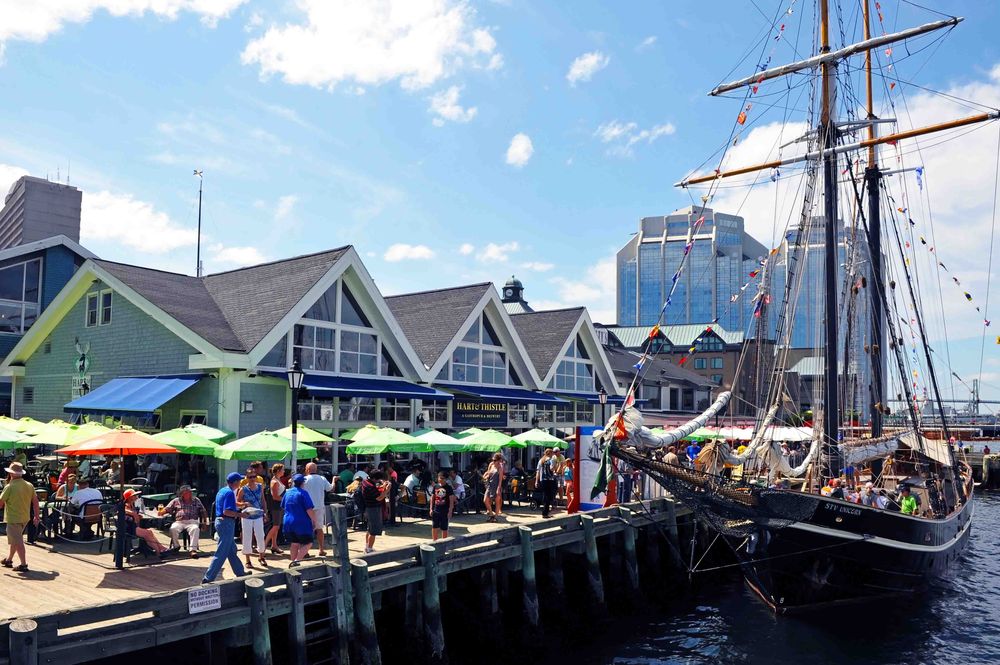 Walk in the surf and the sun on the seaside promenade of Halifax Harbor that lead up to iconic Pier 21 Museum. If history is not your thing, then you can travel up the port in a variety of ships from old style Tugs boats to sailboats.

Visit the Halifax Seaport Farmers Market and get your hands on fish so fresh it may still wriggle! The Halifax Harbour also has some great seaside pubs and restaurants to choose from to make your tastebuds happy. So when drop by and visit Canada, don’t forget to mark Halifax harbor on your map! 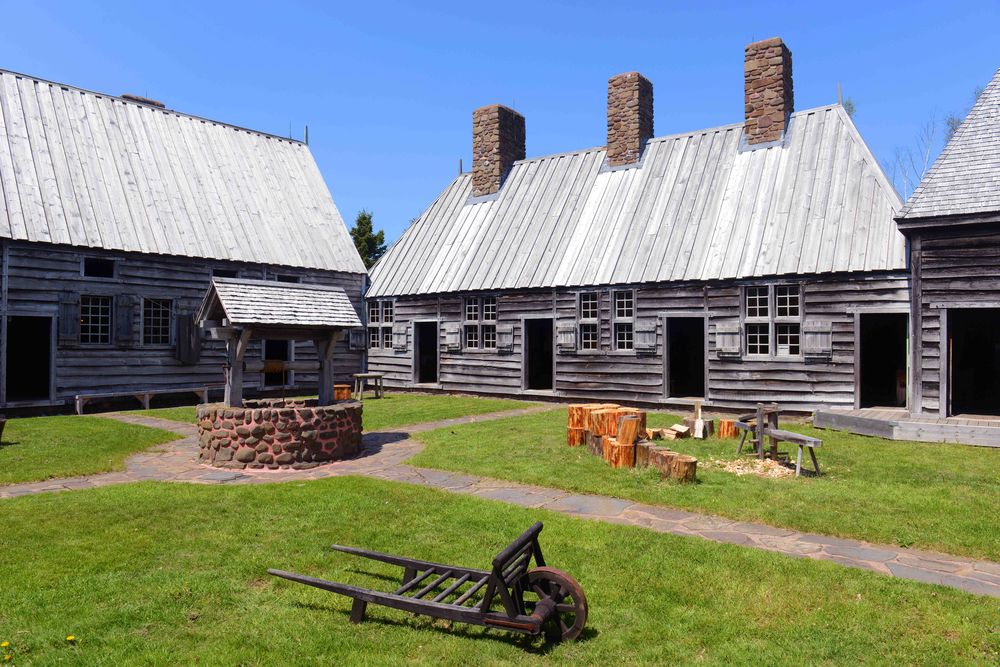 Port-Royal was one of the first French settlement to be built in the Annapolis Valley in 1605, and although it was destroyed in the 17th century, it was rebuilt in all its former glory years later.

Port Royal has since become a Canadian National Historic Site, to showcase the struggles of 17th century immigrants. Take a tour of the fort and wander into Governor’s residence, or discover how an authentic fur trappers struggled to live in this harsh unforgiving enviroment.

10. Take in the sights and sounds of the Canadian wilds at Kejimkujik National Park, Halifax 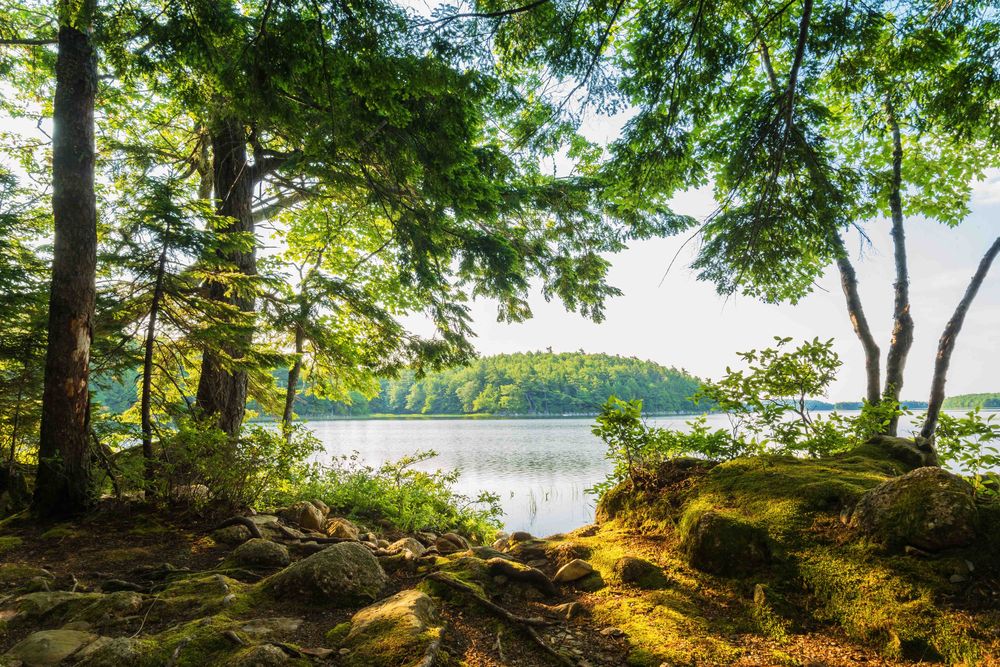 This stunningly beautiful national park is a must see when you visit Canada. The Kejimkujik National Park is the only inland national park, and with its white sandy beach makes it a popular place for anyone to visit.

Cost of Living in Halifax

If you migrate to Canada you need to know what some of the biggest job industries are. Halifax’s main industries include agriculture, fishing, mining,