If you migrate to Canada, you want to find a great place to live. In terms of safety, schools, hospitals, areas of recreation and business. The neighbourhoods in Saskatoon are among the best.

In terms of safety, schools, hospitals, areas of recreation and business, the neighborhoods in Saskatoon are among the best and most sought after in the province of Saskatchewan.

Avalon is a very quiet neighborhood found in south-central Saskatoon, with most of the construction done in the 1960’s with bungalow style homes and a few low-rise apartment buildings. Several of the buildings have since been converted into apartment style condos for individual ownership which is quiet common in Saskatoon.

Avalon also has a variety of retail and commercial premises, including Avalon shopping center, small restaurants, and a recycling facility.

The Avalon Community Association also offers fitness classes and sports programs as well as arts and crafts classes for the enjoyment of people of all ages. The average home sale prices in Avalon is around CAN $300,000. 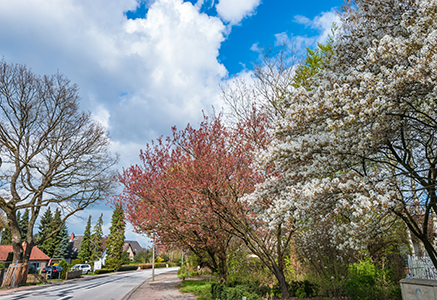 An initiative and brainchild of the City of Saskatoon, Evergreen is one of the newest neighborhoods in the city but has already attracted a good number of residents and more are expected once development is complete. Once fully completed it is expected that Evergreen will be an urban village with a population of 12,000 people and the City of Saskatoon has also installed a LED street lighting system which is cost effective and more ecologically friendly.

Adelaide/Churchill is a neighborhood found in south-central Saskatoon. Originally, Adelaide Park and Churchill were two separate neighborhoods and were combined in the late 1990’s.

For business and some dose of retail therapy, there is Churchill Shopping Centre which was built way back in 1957. Here you can find grocery and convenient stores, dry cleaners, pizza shops, and other businesses.

The average home sale price for Adelaide/Churchill is CAN $300,000, and also offers an outdoor public swimming pool and the famous J.S Library in the neighborhood.

Part of the city of Saskatoon since 1911, the neighborhood of Mayfair has grown and seen many changes since. But some buildings and businesses have stayed the same, such as Christie’s Mayfair Bakery which was first opened in 1933 and Mayfair Hardware which was opened in 1949 are still open today and serving the community.

You will find most of the retail business along 33rd Street West, and you can also find several beautiful parks, an outdoor pool, and a cycling trail to enjoy during the summer months.

A very affordable neighborhood, Mayfair has an average home sale price of CAN $200,000.

Found in Southeast Saskatoon is the neighborhood of Lakeview. Much of the construction work in Lakeview was done after 1985 and it is noticeable that most of the streets in the neighborhood are named after many of Saskatchewan lakes such as Kingsmere, Whitewood and much more.

Lakeview has a strip mall full of businesses and retail shops full of services; hair salons, a veterinary clinic, restaurants, and pharmacies. The average home sale price in Lakeview is a relatively affordable CAN $320,000.

Cost of Living in Saskatoon