The largest city in Saskatchewan, Saskatoon is literally bright and sunny. Averaging 2,381 days of sunshine every year. Learn about the communities, demographics, education of this beautiful Canadian city.

The largest city in Saskatchewan province, Saskatoon is full of opportunities and optimism. Bridge city, Paris of the prairies, Boomtown, there are many names for Saskatoon and we’ve got another suggestion for you: home. Saskatoon is the place to be.

Situated on the beautiful banks of the South Saskatchewan River, Saskatoon is located right at the center of the province of Saskatchewan. The city has a population of 262,900 inhabitants and has a geographical size of 144 square kilometers, making it the biggest city in the province.

"Saskatoon shines", is not just another city slogan. The city quite literally lives up to its name as one of the sunniest cities in Canada. With an average of 2,381 hours of sunshine a year, Saskatoon does shine.

As with most of the cities across Canada, Saskatoon is very multicultural and has a diverse range of nationalities. Most of the international immigrants in the city are from Asian countries, with the Philippines and China being the most common. Other common birth countries among immigrants include Ukraine, India, and Germany. A vast majority of immigrants moving to Saskatoon tend to be young, with 28 percent in the 0-14 age bracket and 72 percent are working class and in the age range of 15-64 years.

Among Saskatoon’s residents, 15 years or older 36 percent were born outside Canada while another 22 percent are considered first generation Canadians (meaning at least one parent was born outside Canada). About 6 out of 10 new immigrants to Saskatchewan settle in Saskatoon.

Canada has two official languages English and French,and the vast majority of the population in Saskatoon speak English.

The provision of quality health care and services is the top priority of the Saskatchewan government and the city of Saskatoon. The city works hard to reduce the wait times for surgery while at the same time remaining focused on providing reliable, safer and smarter health care that puts the patient first.

The Ministry of Health supports its residents in achieving their best possible health and wellbeing. The Ministry provides funding and support to each regional health authority throughout the province. Saskatoon’s Regional Health Authority manages three hospitals within the city’s boundaries, these include; Royal University Hospital, Saskatoon City Hospital, and St. Paul’s Hospital.

Saskatoon uses a publicly funded, public administered health care system that includes a wide range of services to meet the health needs of the city’s people. Most of the employers in Saskatoon provide private health insurance to cover additional health needs not covered by the province’s health benefits, such as dental, eye care, and prescription drugs.

With 58 diverse residential neighborhoods, Saskatoon has something for everyone. Whether you are looking for parks, schools, and other amenities within walking distance or an exciting nightlife, the city of Saskatoon has it all.

There are several beautiful towns and rural municipalities that comprise the Saskatoon region, and the city is home to 9 different Suburban Development Areas (SDA’s). Each SDA comprises of approximately ten neighborhoods and 50,000 residents. Some of Saskatoon’s SDA’s include; Blairmore, Lawson, Nutana, University Heights and Holmwood just to name a few. 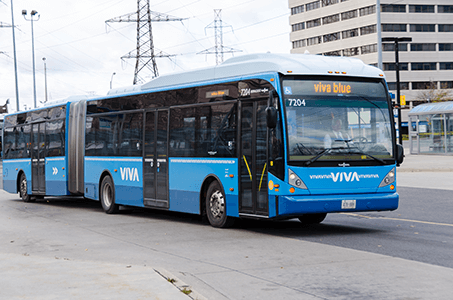 As the fastest growing city in Canada, Saskatoon has entered a period of exciting growth, both socially and economically. As the population increases so does the need for smart, sustainable growth and development of the city as a whole.

While the city continues to focus on improving the efficiency, quality, and capacity of its transportation network there are many ways to travel throughout the city. The city uses a variety of transportation modes which include: