If you want to live in Canada, Winnipeg, Manitoba gives you over 237 neighborhoods to choose from. From Downtown Winnipeg with its culinary scene, food trucks, live music and trendy boutiques to the Exchange District.

Winnipeg is rich in 237 neighbourhoods, giving immigrants a wide variety of options to call home.

Vibrant, diverse and artistic are just a few words used to describe downtown Winnipeg. The neighbourhood offers a mixture of both 19th and 20th-century masonry architecture as well as modern reflective buildings. The area is a culinary scene and is alive with food trucks, live music and trendy boutiques. 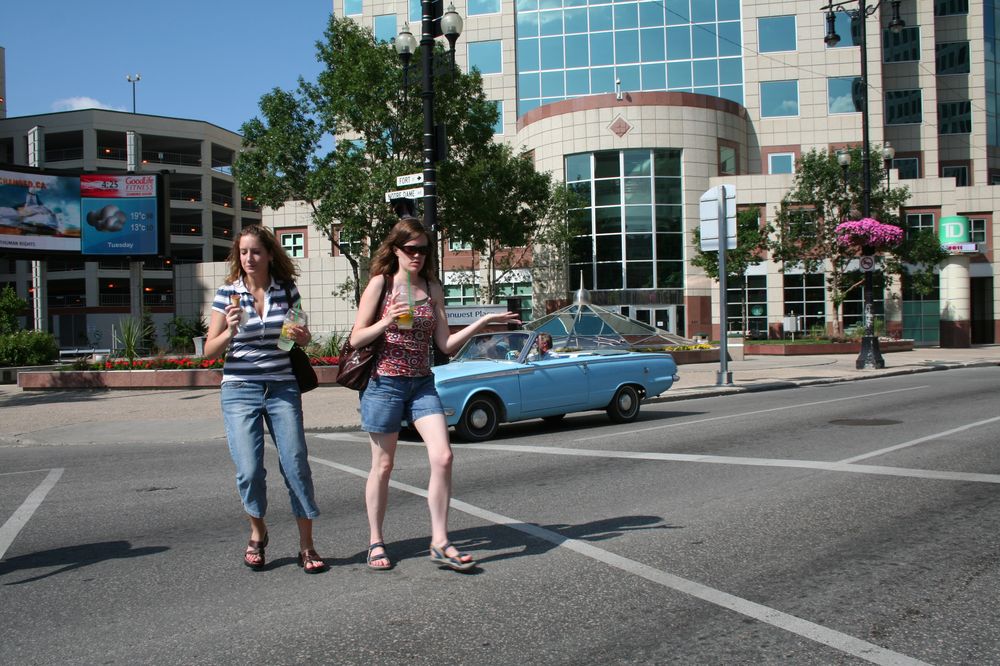 Tree-lined streets and mortar buildings sound like a scene from a poetry extract but it is in fact, Winnipeg’s Exchange District, the hippest neighbourhood in Winnipeg. Comprised of roughly 150 heritage buildings, the Exchange District consists of twenty blocks and has become a National Historic Site. The Exchange District offers an impressive array of fun and quirky restaurants, a taste of many nationalities and a cultural mash-up.

Once known as Winnipeg’s “Little Italy”, Corydon is known for its Italian feel. From al fresco dining to gelato, Corydon is hitting all the right homely spots.

Corydon is quite the fashion hot spot, as an Italian-themed neighbourhood should be. The neighbourhood’s hotspot is rich in chic fashion boutiques, salons and nail bars for the ladies, while the guys enjoy visiting the area to indulge in festive football games. The “décor” in Corydon is artsy and filled with 8 huge painted metal figures, representing the countries of Greece, Japan, Argentina, Italy (of course) Spain, Scotland and the Ukraine. The figures stand tall on the sidewalks of the main blocks of the neighbourhood.

This neighbourhood cuts through the centre of River Heights and is conveniently situated only 9.6km from the airport.

The Canadian Institute of Planners named this neighbourhood “Canada’s Greatest Neighbourhood” in 2012. Let’s find out why.

This neighbourhood has a very artsy feel and features the city’s restaurants, live music dive bars and watering holes. Streets are filled with fashionable bohemian stores, yoga studios, a record store and a comedy theatre, earning the term, the “cultural and commercial” heart of the city. Rich in history and embraced by the Assiniboine River, Osborne Village is located just 9.9km from the airport.

Osborne Village consists of condos and apartments, giving you a real experience of a bustling urban hub.

The neighbourhood has a population of approximately 11,000 people making it the most densely populated neighbourhood in Winnipeg.

Osborne Village is a desirable neighbourhood in which to live, work and play.

Charleswood has an abundance of joggers, cyclists and nature lovers as it is in close proximity to the Assiniboine Forest. The lush forest area covers 6-kilometre walking trails, including the Sagimay Nature Trail which takes you through the forest and meadow.

Canada offers a top-class education that is sought after worldwide. As one of the largest cities in Manitoba, Winnipeg is no exception to Canada’s ste

Cost of Living in Winnipeg

This guide will help you determine your how much you'll spend on grocery shopping, renting a flat and how much it'll cost to commute to work every day

Winnipeg is the capital of the city of Manitoba, one of the countries most diversified economies.

Winnipeg is rich in culture and history. Well known for its museums and theatre life, Winnipeg is a city worth exploring.