Discover the easiest ways to migrate to Canada as an unskilled worker in 2021 here! Canada has a high demand for truck drivers, farmworkers, and ... 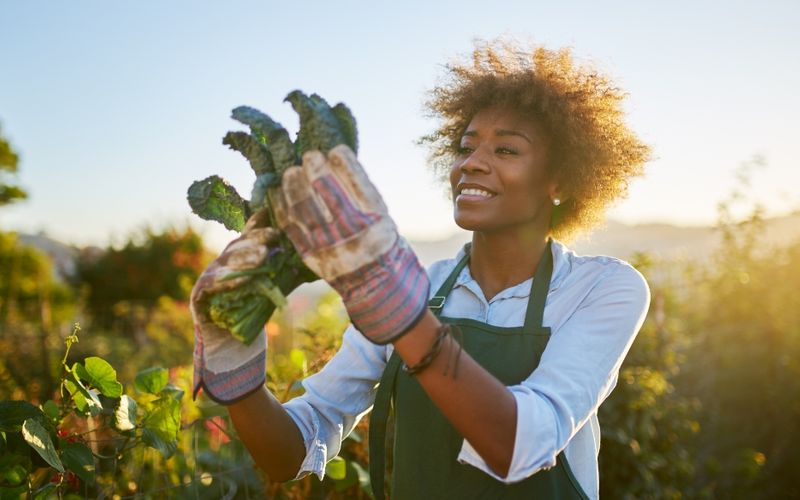 It takes more than professional degrees and specialized skills to drive an economy. Without laborers, truckers, assistants, butchers, and various other intermediate skilled workers, economic activities will be brought to a halt and many jobs will be lost. Canada knows the value that unskilled and intermediate skilled foreign workers bring to the country and welcomes them through Canadian work permit programs as well as various immigration programs.

Labour and intermediate skills shortages are common in many industries across the vast country due to its aging population and its predominantly skilled workforce. This means that you will be able to find a job in Canada even if you don’t have post-secondary education. Interested to start a new, higher quality of life for you and your family in Canada? Let’s look at the easiest ways to migrate to Canada as an unskilled worker in 2021! 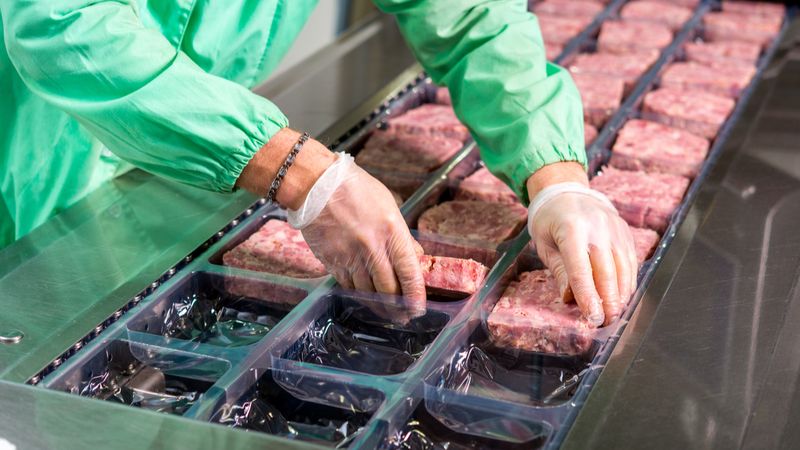 But first, how do you know if you are an intermediate or unskilled skilled worker? Canada defines occupations in the country according to the National Occupation Classification (NOC) system. Intermediate-skilled and labor jobs are categorized under Skill Levels D and C of the NOC and job requirements are usually limited to a high school diploma and/or job-specific training. There is a large number of unskilled vacancies across the country in sectors like hospitality, manufacturing, and agriculture that are predominantly filled by foreign workers.

The following 10 unskilled jobs are in-demand in almost every Canadian province and territory: 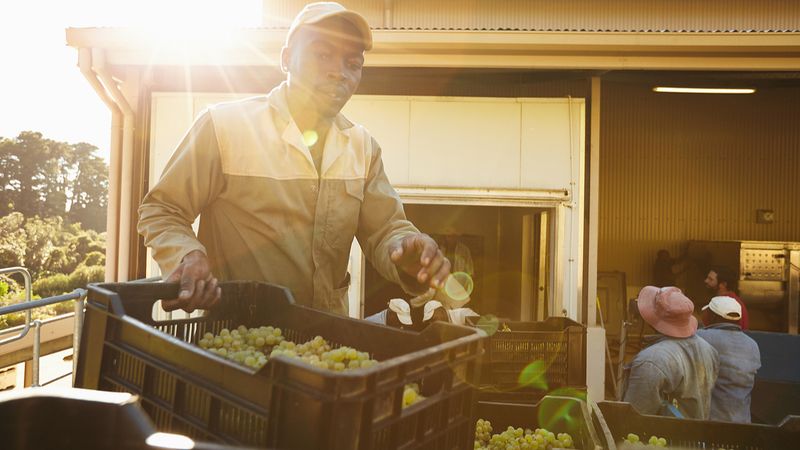 Canadian farmers have an ongoing demand for foreign workers. At the start of the pandemic when travel restrictions were introduced, farmers feared for their crops, their businesses, and their own livelihoods. Currently, temporary workers are being allowed to continue traveling to Canada.

The Agri-Food Immigration Pilot has given foreign workers even more reason to work in Canada because they can now work towards a permanent life for themselves and their families in the country. All they need is 1-year of non-seasonal work experience in eligible farming positions and full-time job offers to migrate to Canada. Foreign workers can apply to start working in Canada through the Agriculture Worker Stream of the Temporary Foreign Worker Program.

Eligible Industries under the Agri-Food Immigration Pilot are: 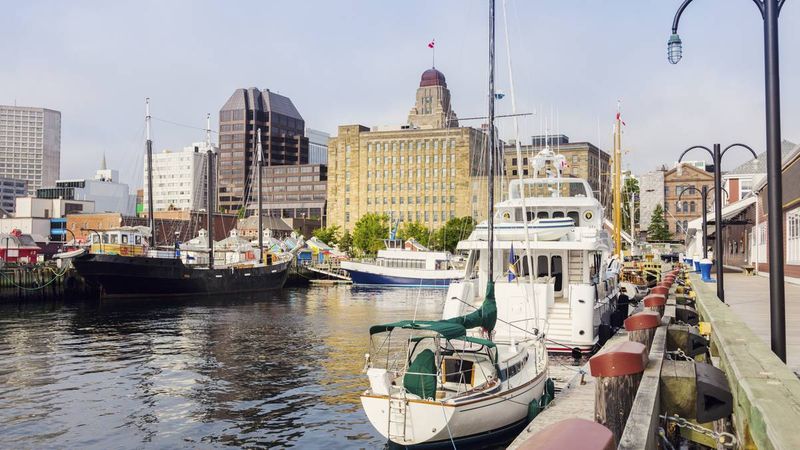 The Atlantic region of Canada is made up of four provinces that include; Prince Edward Island, Nova Scotia, New Brunswick, and Newfoundland and Labrador. The stunning coastal region welcomes unskilled workers to migrate to Canada through the Atlantic Intermediate Skilled Program. This is one of the easiest ways to move to Canada because you don’t need Canadian work experience to qualify. The most important requirements are at least 1-year of foreign work experience and a valid job offer from an employer situated in one of the provinces that are designated to endorse your immigration application.

You can apply for a job from one of the designated employers listed below or alternatively, you can ask an employer to become designated. 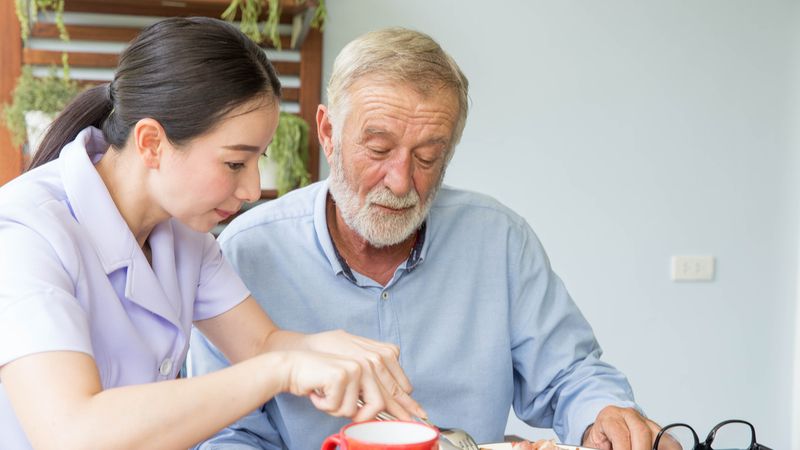 You can migrate to Canada as an unskilled worker if you receive a provincial nomination from a province or territory. Canadian provinces and territories have their own migration programs called Provincial Nomination Programs (PNPs) that are designed to address the labor market needs in their respective jurisdictions. Each PNP has streams or sub-categories that target specific in-demand occupations. For example, Saskatchewan has a specific stream for foreign truck drivers to migrate to Canada, and settle in the province.

How Does the PNP Work?

So, how do you receive a provincial nomination? The first step is to check in which province your occupation is in-demand, and for which migration category you may qualify based on the eligibility criteria. The majority of PNPs require applicants to have valid job offers or work experience in the province in which they wish to live, and sometimes both.

Step 1. Work in the Province

You can work in Canada by applying for a work permit but you will first need to find a temporary job. Most PNPs require 6-12 months of Canadian work experience to qualify for a provincial nomination.

Step 2. Get Offered a Full-Time Job

While you work in Canada on a work permit, you will need to secure full-time employment from an employer in the province. A valid full-time job offer letter is required to apply for most provincial nominations.

When you meet all of the requirements of a Provincial Nomination Program, you can apply for a nomination. If your application is successful, you can use your nomination certificate to apply for permanent residency at the Canadian federal government.

How to Work in Canada as an Unskilled Worker 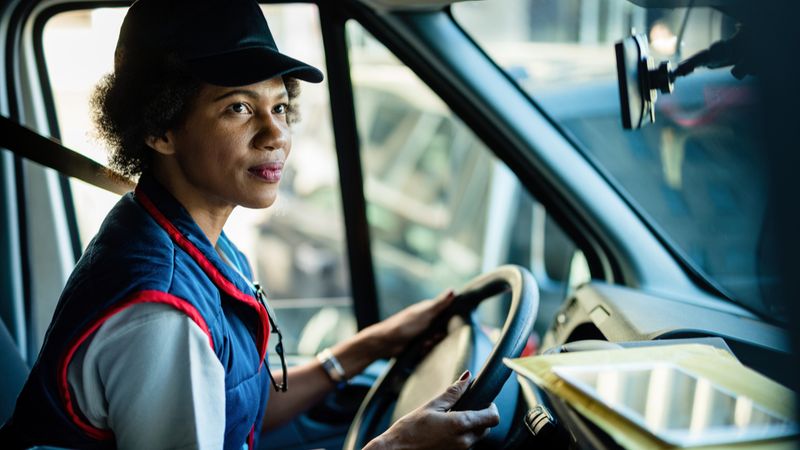 The TFWP is highly regulated by the Canadian government to ensure unskilled foreign workers who are employed by Canadians are treated fairly and have good working conditions as well as fair wages. In some cases, your employer must pay for your transportation to and from Canada as well as provide you with affordable housing. For this reason, your work permit application may take a few weeks to months to process because the employer who wishes to hire you will be assessed as well.

How to Find Unskilled Jobs in Canada 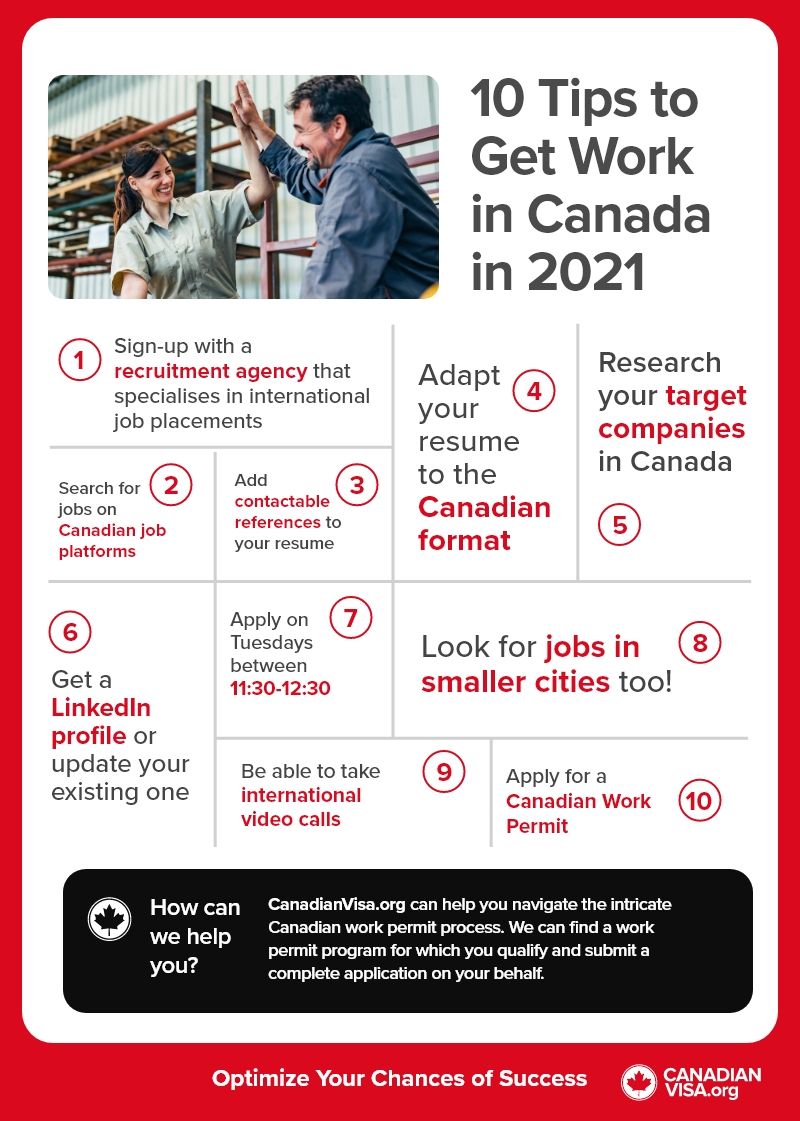 There are a few ways to search for jobs in Canada starting with getting your resume in tip-top shape and translating it to English if needed. You can look for unskilled job listings on provincial government websites, job sites like Monster Canada, or check the Canadian government’s Job Bank. Canada is a big country, so knowing where your skills are in-demand can help you narrow down your job search to a specific province and even a specific city.

What’s the Next Step?

There are many ways to migrate to Canada as an unskilled worker in 2021 because of the huge workforce demands. The trick is to find the path you qualify for to begin your journey to Canada. The migration process is a little more complicated for unskilled workers who may need to gain Canadian work experience first before applying to a migration program.

If you want professional guidance and advice, discuss your migration options with certified visa professionals. Simply, click on the link below to start your journey.

Can I Find Jobs in Canada Without a Work Permit?