Parlez-vous francais? A new work permit option allows Canadian employers to hire skilled French-speaking workers from abroad who wish to work in Francophone minority communities outside of Quebec to be exempt from the LMIA. 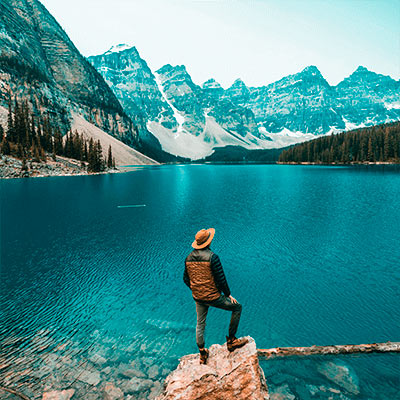 This June, the government of Canada launches a new work permit option. This allows Canadian employers to hire skilled French-speaking temporary workers from abroad who wish to work in Francophone minority communities outside of Quebec to be exempt from the Labour Market Impact Assessment (LMIA). The newly formed work permit made its debut on June 1st and falls under the International Mobility Program (IMP) called Mobilité Francophone.

Essentially, Canadian employers will now be able to hire francophone skilled workers more efficiently in certain regions of the country. Previously, Canadian employers were required by law to undergo a Labour Market Impact Assessment (LMIA) in order to hire international workers but with the introduction of this new work permit, Canadian employers are exempt from undergoing the LMIA when hiring French-speaking foreign workers in managerial, professional, or technical/skilled trades occupations (NOC skill level 0, A or B), and hiring such workers to work in francophone minority communities outside the province of Quebec.

An official statement by Immigration, Refugees, and Citizenship (IRCC) Minister John McCallum expressed the following viewpoint; “Immigration, both temporary and permanent, has a role to play in supporting vital, vibrant Francophone minority communities anywhere across Canada … Mobilité Francophone benefits the employers, the newcomers and the minority communities and it enhances our diverse nation.”

Ms. Sylviane Lanthier, president of the FCFA of Canada added that “The implementation of Mobilité Francophone is very good news since the specific objective is to increase the number of French-speaking immigrants settling in our communities. The Fédération des communautés francophones et acadienne (FCFA) and the Réseaux en immigration francophone (RIF) are proud to have helped develop this initiative.”

According to the Department of Immigration, Refugees, and Citizenship Canada (IRCC, also known as CIC), this implementation is but one small step to increasing the presence of francophones all across Canada. Moreover, the ICCRC intends to have francophone newcomers constitute at least 4 percent of the economic immigrant population settling on the outskirts of Quebec by 2018. "We want francophone minority communities in Canada to continue to be vibrant and growing. That’s why we’re going to encourage skilled francophone workers to come to Canada and settle in communities outside of Quebec, and we’re going to encourage them to apply for permanent residence if they would like to stay," said McCallum.

Canada PNP - Choosing The Best Province In Canada For Your Family

The question is: what is the best province in Canada to live in? One of the best ways to gain permanent residence in Canada is the Provincial Nominee