Do you want to work in Canada? Then Saskatoon may be the perfect place for you. Here are 5 of the biggest industries to work in Saskatoon 1. The health care sector in Saskatoon offers some of the best job opportunities from nurses 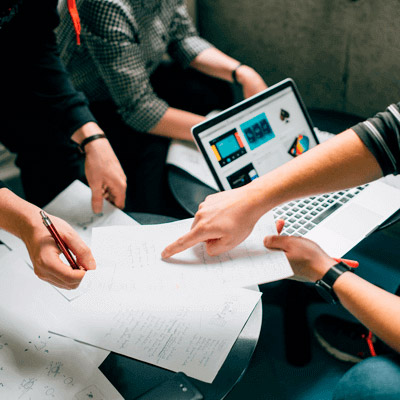 The city of Saskatoon is a world leader in the field of science and technology and is the leading center in biotechnology in Canada. It is also the growing center for environmental technology, information technology, advanced manufacturing, metal and fabrication, mining, multimedia and film, transportation and housing.

Saskatchewan province grows over half of Canada’s export crops, and Saskatoon provides important services to the mining and agricultural sectors. Saskatoon is one of the world’s largest exporters of uranium and is responsible for producing nearly two-thirds of the world’s recoverable potash.

In the past year, Saskatoon created 20,000 new jobs, an increase that gave the city the highest employment growth rate in the country. Whether you are looking for the corner office, or just starting out, Saskatoon has plenty of opportunities for everyone.

The health care sector in Saskatoon offers some of the best job opportunities, ranging from nurses to doctors, dentists, lab technicians, occupational therapists, and physiotherapists, to name just a few.

The new jobs are being created due to the growth in population and increased health demands related to ageing. Positions are available across the city with incentive programs created to help attract workers in certain occupations in the health industry. The building of new facilities in the children’s hospital in Saskatoon is also expected to increase the need for health professionals. The availability of diverse job opportunities in Saskatoon means the city is one of the best options for new immigrants to Canada seeking employment.

The types of jobs available in this sector include; estimators, inspectors, and laborers with the highest in demand being those in the skilled trades, like electricians, plumbers, and welders. The province of Saskatchewan as a whole has seen remarkable investments in the construction sector mainly by the private sector, and as the largest city in the province, Saskatoon has been at the center of this economic boom. It is estimated that private capital investments in the province tripled from $ 5.9 billion in 2003 to over $ 17.5 billion in 2015. With a strong economy and a positive long-term future, the province has attracted an increased number of major infrastructure construction projects. When there are these types of investments in a province and the city of Saskatoon, in particular, there is a need for a huge number of construction workers needed. There are major projects currently underway and others scheduled to start in the New Year, such as the construction of new potash mines in Humboldt and Bethune, two new bridges, and nearly 20 schools across the province with 8 of them in Saskatoon, not to mention a new stadium in the city.

A unique sector that has a variety of jobs available, such as equipment operators, labourers, drillers, supervisors and trades people. The mining, oil, and gas sectors are a huge source of revenue for the province of Saskatchewan and it is responsible for 21 percent of the overall revenue in the city of Saskatoon.

Saskatchewan is the second largest oil producer and third largest natural gas producer, and as a result, Saskatoon has the third largest petroleum workforce among the countries city. The Mining Industry Human Resources Council expects the mining workforce in Saskatoon to double by the year 2021. With uranium and potash projects as well as other extraction projects for resources like diamonds, gold, and metals in the city’s plans for the next few years, there is going to be a need for labourers and skilled workers.

The city of Saskatoon is favourably placed, with the South Saskatchewan River winding through it. An increasingly active city, residents, and visitors flock to the Meewasin Valley trails, the city’s youthful energy and cultural richness are evident in every neighbourhood.

The growth of the economy has meant the city is flooding with visitors and tourists throughout the year, this has, in turn, helped create a variety of job opportunities in the tourism industry. A vibrant arts community means there are festivals and events taking place regularly, the city has a variety of boutiques, challenging golf courses and fresh local cuisine.

The city of Saskatoon has developed a successfully diverse manufacturing sector by creating products that are specifically designed for the city’s local needs, but also for export to international markets. Local manufacturers have created unique and innovative products from satellite communications technology, dry land farming equipment, to robotic mining equipment. The manufacturing industry is currently responsible for employing over 15 percent of the city’s labor market, and with the industry expected to continue growing, more job opportunities will become available.