Working Holiday Visa allows you to work part-time while exploring the vast land of Canada. This is why Canada should be your next destination.

Fund Your Trip With a Working Holiday Visa 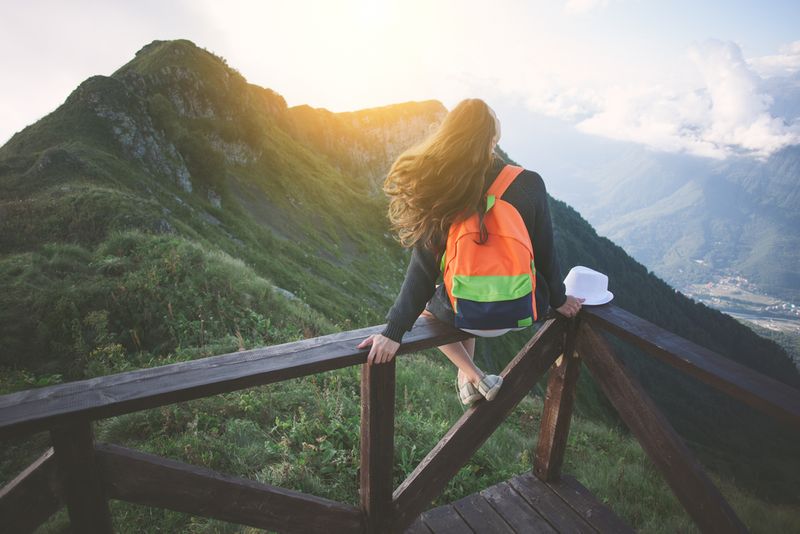 Canada is celebrated around the world for its natural wonders. From its huge mountains and calming lakes to the imposing glaciers and thick wild forests, Canada is a country that has much to offer. Voted by Lonely Planet as the "Best country for 2017", Canada has earned many top honors due to its top-rated tourist attractions that regularly attract people from all over the world. A range of temporary visas is available to you, including the Canada Working Holiday Visa, Canada's Visitor Visa, and Super Visa. Make sure to choose the correct one for your Canadian needs.

Canada also happens to be one of the most multicultural countries on the planet. If you haven’t visited Canada yet, make it your goal to do so in the upcoming months with the beautiful winter and autumn months lying ahead of us. We have so many exciting sports, such as ice hockey, snowboarding, and skiing to look forward to.

Here is a peek at the best reasons to choose Canada for your next travel destination in 2018!

The Ski Fields Are out of This World

It is no exaggeration that skiing is possible in all 10 provinces in Canada year-in-year-out. Millions of skiing enthusiasts hit the slopes every year at some of the best resorts in the world. The skiing resorts are picturesque, state-of-the-art, and well maintained. Some of the most popular resorts include Banff, Whistler, and Mont-Tremblant. Not only do they offer outstanding skiing opportunities, but they also offer hiking trails, spas, fine restaurants, hotels, and shopping malls that are open all year round. 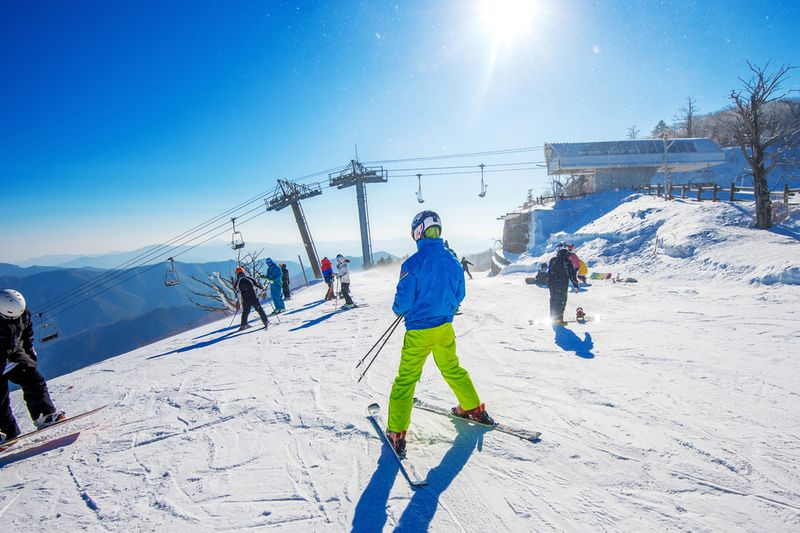 The skiing season in Canada usually spans from November to April, with some differences depending on the province you choose to visit. The favorable exchange rate in the country means it won't cost more than a few hundred dollars per person for a full week's stay. There are also many lodging discount specials running throughout the season at various hotels, condos, townhomes, and private homes to make your trip more affordable.

The best way to explore the country is through the Canada Working Holiday Visa which allows you to experience the country while you are working at the same time. This program allows you to make extra money that will help you fund your vacation further by doing temporary work.

Over 12 million people visit Niagara Falls every year. As we are approaching winter, the 12,000-year-old Niagara Falls will turn into a winter wonderland that will leave you speechless. Many events take place throughout the winter season, including the Winter Festival of Lights which takes place from November all the way through January, and the annual New years eve party hosting some of Canada's biggest musical acts.

Niagara Falls in spring is equally as beautiful to behold. Niagara Park has a floral clock with 19,000 springtime flowers and botanical gardens made up of over 40 hectares of well-manicured gardens worth seeing. 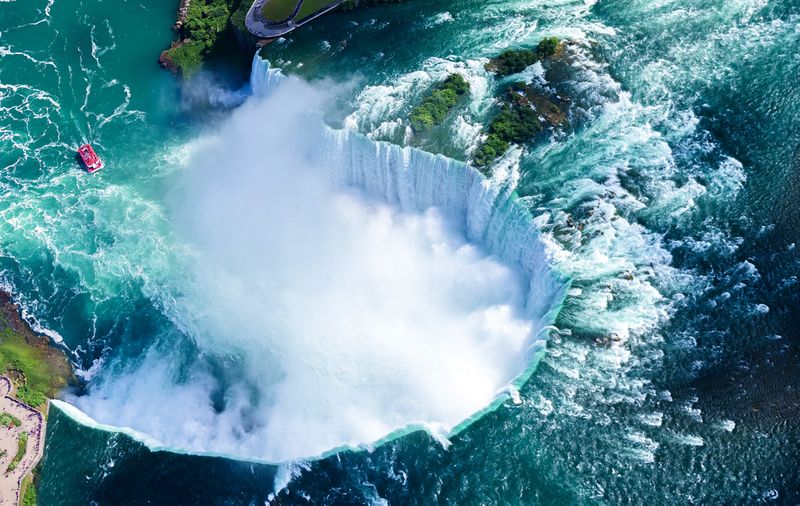 Summer is popular among cyclists with 56 km long cycling routes known as the Niagara River Recreation Trail. Then there is Clifton Hill where you can take a walk up the hill at night to witness the sky lit up by the countless colorful lights of local shops and restaurants. Clifton Hill is also home to some wonderfully quirky museums, such as the Guinness World Records Museum and the Ripley's Believe It or Not Museum.

Some of the best activities anyone visiting Niagara Falls should try include:

The castles in Canada are legendary and often catch new visitors by surprise due to their sheer stature and imposing presence. Visiting or staying in a castle is a great way to experience the richness and fame of these treasured monuments. In the 19th-century, building castles among Canada’s rich and famous became very popular and turned into a bit of a craze.

Some of the most extravagant castles built in Canada include;

Situated in Quebec, the castle has become one of the most photographed castles in the world. Opened in 1893, the castle was built in a Gothic style and was designed to stand out with the purpose of attracting wealthy tourists to Canada at the time. 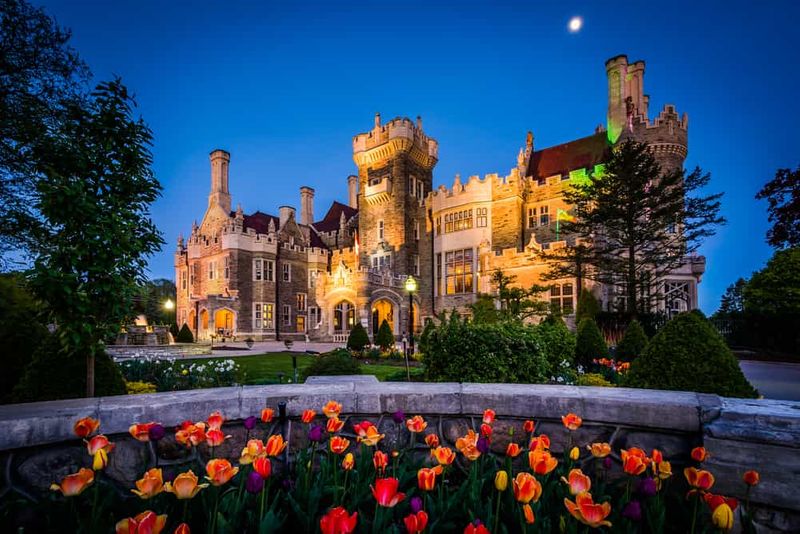 Meaning Hill in Spanish, Casa Loma was a fulfillment of a childhood fantasy for a wealthy Canadian. Built on a hill in Toronto, it is a flamboyant and majestic creation.

A National Historic Site in British Columbia, the 40-room mansion is a gorgeous estate that was converted into a University by the Canadian government in 1995.

Inspired by British Columbia’s Scottish heritage, Craigdarroch is now a museum that showcases lavish furniture from the 1880s and gorgeous stained-glass windows.

The Northern Lights, also known as an Aurora or polar light, is a natural light display in the sky mostly seen in the province of Yukon. This province borders British Columbia, Northwest Territories, and Alaska and it is loaded with stunning wilderness and landscapes.

To experience the Northern Lights, you can either stay in Whitehorse and join the organized Aurora-spotting tours at night or spend a few days staying in a cabin away from the city.

The Northern Lights are better seen than explained because it is one of the most amazing sights you are likely to see anywhere in the world.

Dependent on the aurora activity and clear skies, every appearance of the Northern Lights is special and unique. Take a trip to the Yukon and experience the exceptional wonder of the northern lights for yourself. 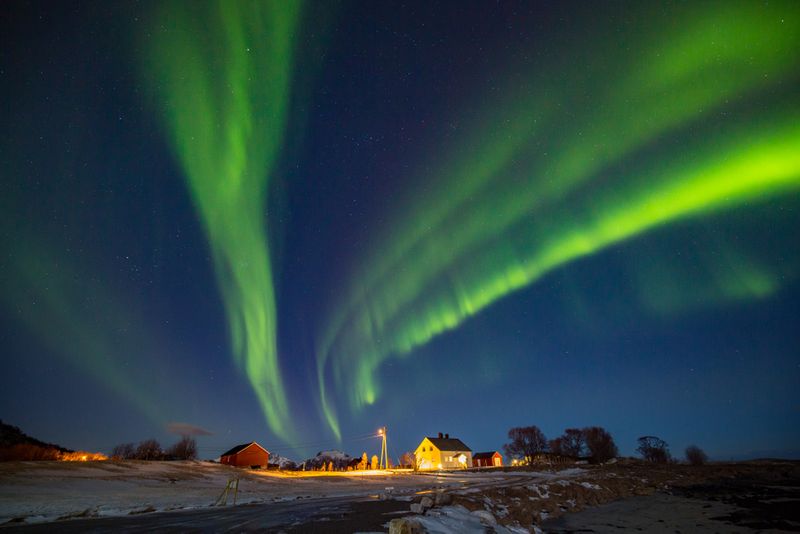 Canada is one of the most diverse and multicultural countries in the world. People from all over the world have chosen to make this country their home, where they accepted regardless of race, gender, and sexuality. The people of Canada are friendly and very welcoming making it relatively easier for visitors to settle. The magic of Canada is that it allows you to meet and make friends from around the world as you are bound to find a variety of nationalities in just one place.

Canada is full of opportunities and offers you the chance to live a high quality of life like no other place in the world. We have heard plenty of inspiring stories from people who came to Canada on holiday or as students and fell so much in love with the cosmopolitan cities that they never left.

Whether you want to visit, work, or immigrate we can help you make it happen. Start your Canadian journey today!

Start Your Working Holiday in Canada

How to Apply for a Canadian Working Holiday Visa (IEC 2022)

Did you know that you can get an open work visa through the WHV program?