There are many things that make Toronto a great city to visit, we have 5 reasons why you should. Toronto is steeped in history, great art scene, film festivals, and sample diverse food cuisine from all over the world.

Toronto is the picturesque and multicultural city that keeps growing in leaps and bounds to become one of the most desirable and sought after city destinations in the world.

You’d be forgiven for thinking Toronto is all about Drake and the Toronto maple leafs, Canada’s largest city is also home to the great outdoors of parks, paths and gardens. Toronto has one of the largest China towns in North America, with delicious restaurants and cool cafes to tickle your taste buds. 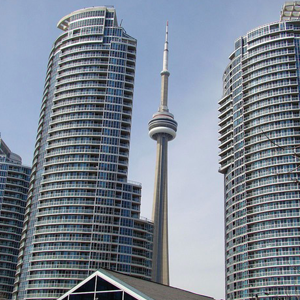 The CN Tower is one of the most unmissable attractions of the Toronto sky line.

The majestic engineering masterpiece stands at 553 metres tall and from its opening in October 1796 to 2010, was listed as the tallest tower, and freestanding building. If that’s not enough, the CN tower was in 1995 considered to be one of the seven wonders of the world.

With over a million visitors a year, the CN Tower houses an exquisite 3D-theatre, shops and restaurants offering an incredible bird’s eye view of the city as far as the eye can see.

And for all the true daredevils, the CN Tower has the edge walk, the world’s highest full circle, hands free walk along, circling the tower's main pod at 356 metres above ground. Be sure not to forget your cameras. 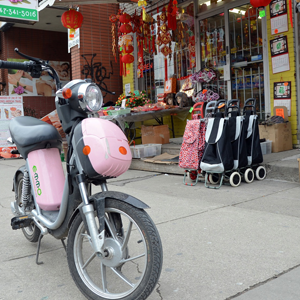 Some 2.7 million people call Toronto home, with its quiet, distinct neighbourhoods and industrial warehouses filled with fashion designers and galleries.

The colourful two-kilometre stretch that is Chinatown is full of restaurants, coffee shops, boutiques, hotels and even record stores. With Toronto, the city is all about fun and there is never a dull moment.

Speaking of fun, Toronto plays host to a full summer of dance and electronic festivals. June would be the ideal time to visit Toronto for the ardent art lovers, where a 17-day non-stop festival literally takes over the city.

Canada's stunning castles take you back in time to the early 20th century and you can’t help but marvel at the gothic style estate, secret passages,stables, towers and acres of endless pristine well-kept gardens. 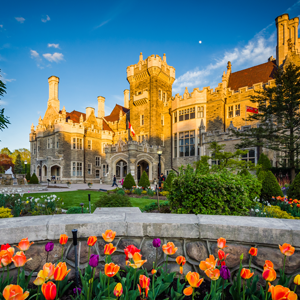 One of these stunners is the elegant Casa Loma, built by a very successful Canadian businessman, Sir Harry Pellatt, in 1883.

Visitors are able to take a self-guided tour or can opt to hire a tour guide if your group has more than 10 people. In this elegant and imposing home, you can find the great hall, library and conservatory which features Sir Harry’s mahogany panelled study that conceals a secret door on the either side of the fireplace.

The popular distillery district is one of the most interesting and exciting areas with historic proportions. The area back in 1871, was responsible for producing nearly half of the province’s spirits.

Today it is home to one of Toronto’s happiest neighbourhoods, filled with some of the grandest boutiques, cafes, artisan shops, art galleries, and some fine award-winning restaurants and performance venues. The area is tailor-made for the artistic types and lovers of culture.

To cap it all off, make it a point not to leave without a souvenir and visit the variety of shops lining the streets, where you can find goods like; jewellery, vintage pieces, shoes, chocolates sweets and plenty more to make your trip that much more unforgettable.

To get all Canadian on you, it’s an open secret that Canada is synonymous with the game of hockey, and Toronto is the hallmark and epitome of the game. For sports lovers and those who appreciate hockey in particular, the hockey hall of fame is a must see.

Standing at over 60,000 square feet, you get to see larger-than-life statues, the actual Stanley cup, (yes you read that one right) and a replica of an NHL dressing room. In the state-of-the-art TSN theatre you get to watch the original 3-D film. “Stanley’s Game Seven,” which tells a quiet incredible story of the pursuit of the iconic trophy, the Stanley cup.

That’s Toronto for you, in its no holds barred self.