If you have ever considered starting up your own company? To work in Canada? Here are 5 immigrant Canadians that went out of their way to create successful business ventures that are a source of pride and encouragement to others.

5 Immigrant entrepreneurs that made it in Canada

Settling down and finding your feet in any new country is not an easy task, let alone starting your own successful business in that particular country. Canada though is known for being extremely welcoming to visitors and immigrants, offering them an opportunity for a better life and to help them fulfill their own potential. Here we take a look at 5 immigrant Canadians that made use of this opportunity and went out of their way to create successful business ventures that are a source of pride and encouragement to other aspiring Canadian immigrant entrepreneurs. 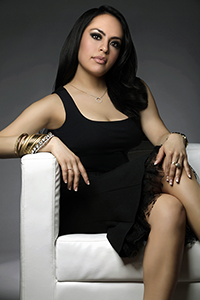 Born in Leon Mexico, Gabriela Moreno moved to Montreal as an 18-year-old to study French at Concordia University. After graduating she went on to pursue her lifelong dream of joining the fashion industry and enrolled at the Academy of Design and Technology in Montreal. “Design was something I was really passionate about, it was the only career I wanted to do” she confidently says.

She counts her persistent nature as the one character trait that has got her to where she is today, and indeed in 2011, she started the Gabriela Moreno Pro Designs, a company that makes bathing suits using stretch fabrics and has made a big splash in the Canadian swimwear industry.

All the swimsuit products are made in Canada and she plans to open a bigger factory to create jobs for fellow immigrants, and even though she works 80 hour weeks she’s proud of what she has achieved and confident of what lies ahead. Early in 2016, her company was featured on an entrepreneur TV show on CBS that exposed her to Canada’s wealthiest business investors. She subsequently struck a deal with Amazon.

She has just recently started supplying stock to four boutiques in Quebec and is set to showcase her talents at Miami fashion week later this year. Gabriela Moreno has advice for fellow immigrants in Canada, especially women, to believe in themselves and work hard, citing the stable economy in Canada as one of the reasons why businesses will continue to flourish.

Franck Ndayubashe escaped the civil war in Burundi East Africa at the age of 14 and moved to Montreal Canada to stay with his big brother. Although French is his mother tongue, Franck decided to leave Quebec to study at the University of Winnipeg, as he wanted a quiet place with fewer distractions so as to concentrate on his studies. He always had the ambition to one day open his own business and so he majored in business administration.

Ndayubashe is a stylish person and has a penchant for wearing bow ties and fedoras, so one day an idea struck him of using wood to create accessories like sunglasses and bowties. He was working for an insurance broker to gain experience but he couldn’t just ignore his business idea, and in 2012 he opened Off the Wood. Off the Wood produces and sells wooden bow ties, sunglasses and other accessories made of different kinds of wood. He had a carpenter friend from Quebec who he contacted and is now a business partner who makes the accessories.

He advises other immigrants to never be afraid and pursue their business dreams and ideas and to make use of the multiculturalism in Canada to mingle and make friends from other countries, learn their culture and have a different perspective of the world.

Franck holds ambitions to open shops and branches all over the world including back in his home country where there is peace now, to empower fellow youths and job creation.

Mohamad Fakih is from Lebanon and moved to Canada as a 26-year-old who trained in gemology and worked as a jeweler. He was invited to Canada by a friend from his home city and was immediately attracted to Canada’s multiculturalism. As someone who believes in grasping opportunities when they come up, he recognized Canada as a country filled with ample opportunity.

Mohamad Fakih’s story is fascinating and motivating. One day, while walking around the City Mall in Ottawa, he passed by a jewelry store. He entered and asked the owner if he could help out for free, just so he would occupy himself while looking for something to do, the store owner duly accepted his offer and soon after asked him to stay on as a full-time employee. Within a year he was the store’s sales manager and has had a lifelong dream of building his own business, Fakih found a partner and soon opened his own jewelry boutiques.

Fakih’s business portfolio has continued to grow in leaps and bounds since then, he now owns Paramount Fine Foods, a Middle Eastern restaurant that specialises in Middle Eastern cuisine. With a successful franchising model, Paramount Fine Foods is now expected to have 55 locations by the end of 2016, not only in Canada but also in the United States, Pakistan, and England.

Bemoaning the tendency of many newcomers that arrive in Canada with a feeling that they have one leg in Canada and one leg In their home country, he says immigrants can achieve the success he has had simply by feeling that this country is theirs. Take responsibility for their future and make use of the countless opportunities found in the country. 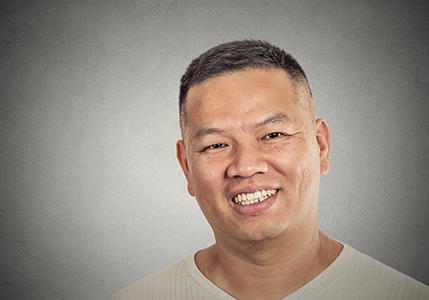 Korean-born Eddie Lee is living proof that hard work and dedication can result in success. Born and raised in the Gangnam district of Soul, he left home at the age of 19 with only $400 in his pocket, a gift from his grandmother, arriving in Toronto with a fierce determination to make a better life for himself.

Despite having a scholarship to study Marketing at the University of Toronto, Lee did dishes at a restaurant and had to work day and night to survive. Upon finishing his degree, Lee got work at ESS Foods in Toronto, a small company that was importing food and wine products. He still harbored ambitions to have his own business and standing at 5-foot-6 inches tall, Lee and many other Korean friends often got mocked for being short. This sparked an idea in him and he set out to think of shoe ideas. Lee shared his ideas with a University friend who worked in a shoe factory and he was thrilled, together they partnered to produce height-enhancing shoes for men.

They named their company “Insolito Terra” (Italian for unusual ground), he says it’s a product that gives men confidence and makes a common man look like a GQ model. From outside, the shoe looks like it has a 1.2-inch heel, however, the inside has a cushion that gives an extra 1.4 inches to the wearer.

He encourages all immigrants to try their hand in business and to be proud of living in Canada but maintain their cultural integrity.

Pizza Master Fusion is a pizza shop in Calgary that serves cheesy-top baked dough and dollops of inspiration, it is owned by a very able quadriplegic woman of immigrant background, who didn’t let her physical troubles get in the way of achieving her goals.

The 39-year-old Dhaliwal is an IT professional from Ludhiana, India. She previously worked with oil and gas companies as a software specialist but left the job to work on her dream of opening her own business, she then opened Pizza Master Fusion. The popular shop now even boasts celebrity customers as well as the current Mayor of Calgary.

Kiran manages her enterprise normally despite her “restrictive” abilities, by wiring the whole shop to be managed at her home, which she shares with her husband of 12 years, and has a specially developed POS system.

She has plans in the pipeline to open another shop in the northwest Calgary community of Sage Hills, where the concept is to offer fast-casual 6 varied mouth-watering tastes. The plan is to open during the summer.

Canada continues to welcome immigrants every year and their successful stories are numerous and often inspiring. There has never been a better time to move to Canada and maybe you too can fulfill your dreams and potential.

The 10 Highest Paying Trade Jobs in Canada in 2023

Are you a tradesperson? Find out if your job is on this list. Truck Drivers, Plumbers, Electricians and more.