Find out what the top 10 in-demand LMIA jobs in Canada are and how we can help you get a Canadian work permit here! 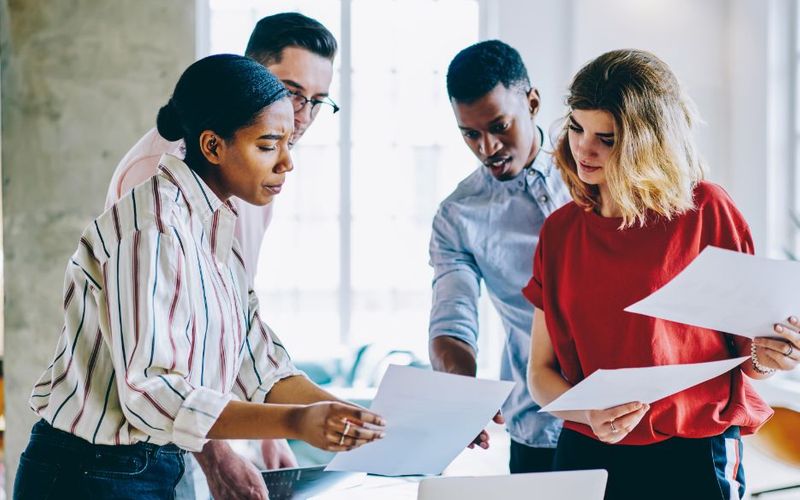 If you’ve been wanting to work in Canada you may have come across the word ‘LMIA’, or Labour Market Impact Assessment, as a requirement for a Canadian work permit application. However, most people are unaware of what an LMIA is exactly and how it could have an impact on eligibility to get a job in Canada.

With 84,000 new job opportunities listed in October 2020 alone despite the looming effects of the pandemic restriction on the economy, Canada has bounced back and is making a swift and positive recovery.

What is an LMIA?

A Labour Market Impact Assessment (LMIA) is a document that is given to employers who can show that they have not been able to fill key jobs by Canadian citizens or permanent residence. An LMIA allows Canadian employers to hire skilled and unskilled foreign workers granted they are also admissible to enter Canada and qualify for a work permit. Let's take a closer look at the top in-demand LMIA jobs in Canada currently. 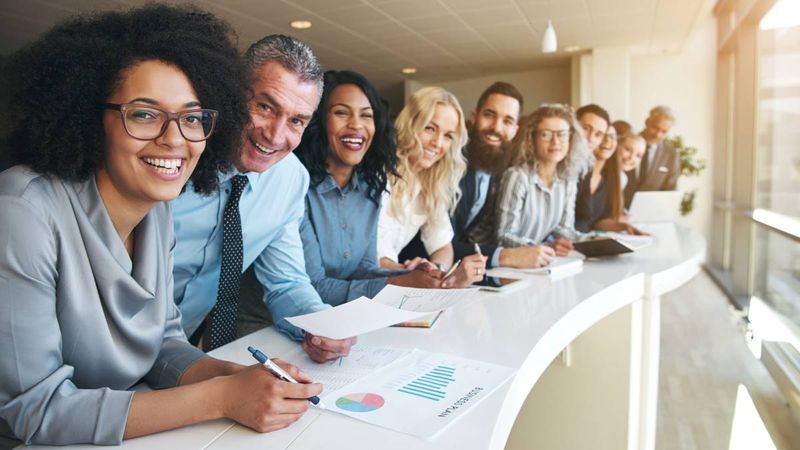 Canada’s key industries, such as the agricultural, oil and gas, minerals and metals, and forestry sectors are all heavily reliant on Canada’s transportation system, and with the industry growing at an incredible rate, it’s no surprise that truck drivers are one of the most in-demand LMIA jobs in Canada today, and will be for some time ahead.

Truck drivers are in demand in almost every province in Canada, some of which even have dedicated immigration streams for experienced truck drivers with Canadian work experience. In general, you will need an LMIA to get a work permit for a truck driver job but at the moment, due to the dire need for workers in specific key industries, the Government has allowed Canadian employers to hire workers without an LMIA to help take the strain off of the economy.

Foreign workers are, however, required to self-isolate for at least 2 weeks before starting work, however, will be compensated with $1,500 to hold them over until your first paycheck.

As mentioned earlier, the agricultural sector is one of Canada’s highest streams of revenue and is constantly in need not only of experienced farm labourers but farm supervisors too. Canada’s farming industry is booming, especially in the animal production, grain, horticultural, and aquaculture sectors. The sector is responsible for over 2.3 million jobs in Canada, and the need to fill more positions continues to grow. This is part of the reason why there are so many dedicated immigration and workstreams for skilled agricultural workers.

Programs such as the Agri-food Pilot, Rural and Northern Immigration Pilot, Atlantic Immigration Pilot as well as various PNP streams are all great options to apply for permanent residency in Canada, which means you won’t need a Canadian work visa. If your position is temporary, however, you will need to apply for a work permit.

As Canada’s population ages and birth rate steadily declines, more and more caregiver positions are opening up for foreign nationals. The new Caregiver programs allow both home support and childcare workers to live and work in Canada provided regardless of work experience you may have and meet the necessary education and language requirements as well as have a valid job offer in Canada.

Once you have 24 months of Canadian work experience you will be able to apply for permanent residency.

Tech jobs will always be in demand in Canada, as the country is widely renowned as being one of the leaders at the forefront of technological innovation. The tech sector provided jobs to just under 1 million people in Canada, with cities such as Toronto, Vancouver, Montreal, and Ottawa ranking in the top 20 for emerging tech talent in North America. The tech labour market is dominated by artificial intelligence (AI), cybersecurity, and of course software development, which is why your profession is the key in Canada.

To live and work in Canada as a software engineer, your best province to relocate to would be British Columbia and Alberta as both list software engineers as an in-demand profession under its provincial nominee programs, and BC even has its own tech pilot that you could apply through, which has processing times of as little as two to three months! If you apply through the Alberta INP you can enjoy processing times of just six months.

Jobs in construction are plentiful in Canada, particularly in provinces such as Alberta, Manitoba, Ontario, and Saskatchewan which are all provinces that are not only listed construction managers as in-demand under their Provincial Nomination Programs (PNPs) as well as some of the largest development programs planned in the years ahead.

New developments are predominantly found in the residential sectors (almost a third according to statistica.com) as Canada prepares to provide enough accommodation for the 1.23 million people that will be invited to apply for permanent residency by 2023.

Canada has an abundance of natural resources, with its mining sector creating more than 1.7 million jobs for Canadian citizens, permanent residents, and skilled foreign workers alike. Canada has the fourth-largest oil reserves in the world and exports energy resources to 148 countries around the world.

Oil and gas drillers are particularly in demand in Ontario and British Columbia and if you apply through one of the immigration programs as the BC PNP or the OINP, you won't be required to have a work permit as you will be granted permanent residency should you receive a provincial nomination, which is worth 600 permanent residency points! 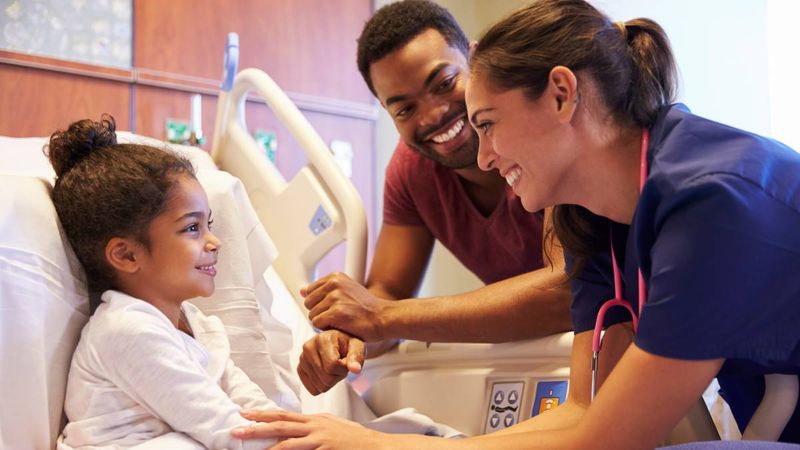 The medical sector has been placed under enormous pressure lately, but Canada has long been in need of experienced and qualified healthcare professionals. Nurses and general physicians are at the top of the list but registered nurses are not only highly in-demand but highly sought after positions in Canada.

You'll have your choice of working for a government or private healthcare facility, both of which have great perks to look forward to. For example, working for Canada's Medicare system, you can look forward to 15 days annual leave for the first year worked (1,950 hours of service) which increases with the years of service. You will also be entitled to 15 days of sick leave and maternity/parental leave for which you will receive 93% of your weekly pay! You will also receive a public service health care plan amongst other great benefits.

Bonus: If you've studied at a DLI in Canada and have a Canadian student loan, you may be eligible for student loan forgiveness of up to $20,000 over 5 years.

Web designers are not only in demand but the need is also estimated to increase as more and more online platforms are expected to increase over the years to come. Canada has realized the need for qualified tech professionals and has created various pathways to find employment in Canada. Pathways such as the Global Talent stream allows for expedited work visa processing for specialized professions and highly qualified talent, who could get their work permit in as little as 2 weeks!

Immigration options include the BC Tech Pilot as well as the ever-popular Express Entry system.

Besides managers, the construction sector will be in need of various labourers, including electricians. Electricians are in demand in six Canadian provinces, including Alberta, Ontario, Manitoba, New Brunswick, The Northwest Territories, and Yukon. You could also qualify to get permanent residency in Canada through programs such as The Federal Trades Program managed by the Express Entry System, various Provincial Nominee Programs, and the Atlantic Immigration Pilot.

The Atlantic Immigration Pilot may be a great opener for you if you love coastal and small-town living as it is not mandatory for an employer to have an LMIA which means faster processing.

Civil engineering is yet another profession that is greatly needed in Canada. Not only could you stand to earn a very attractive with even better work benefits, but you will also be able to enjoy the high quality of living that Canadians do, as a permanent resident of Canada, such as free healthcare and education for your children.

Civil engineers are in demand in provinces such as New Brunswick, Manitoba, and Saskatchewan. The best part about having a highly skilled and in-demand profession is that you could apply through almost any immigration and visa pathway as long as you have sufficient work experience, qualifications that are up to Canadian standards, a good level of English and/or French. A job offer is not always required, such as through programs like the Federal Skilled Worker Program under the Express Entry system, but this will depend on the program you choose to apply through.

For more information about the LMIA and which jobs in Canada are LMIA-exempt, visit our blog here.

Ready to Take the Next Step in Your Career? Let Us Help 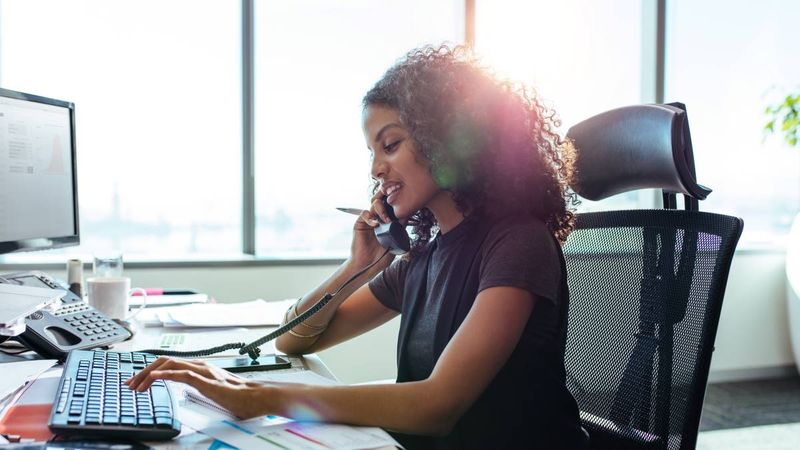 Applying for a Canadian visa or work permit can be time-consuming and confusing. With strict deadlines, procedures, and requirements to adhere to, it can be easy to make a mistake that could cost you your chance to get an LMIA job in Canada. But with the guidance and assistance of one of our knowledgeable Regulated Canadian Immigration Consultants (RCIC’s), the process will be stress-free.