Atlantic Canada is a region comprised of four provinces on the country’s Atlantic coastline: New Brunswick, Prince Edward Island, Nova Scotia, and Newfoundland and Labrador are wonderfully different locations to explore, underpinned by a distinct and welcoming maritime culture.

Atlantic Canada is a region comprised of four provinces on the country’s Atlantic coastline: New Brunswick, Prince Edward Island, Nova Scotia, and Newfoundland and Labrador are wonderfully different locations to explore, underpinned by a distinct and welcoming maritime culture. Known for its picturesque beauty, the area is home to some of the most renowned educational institutions in Canada. Therefore, Atlantic Canada is one of the most popular places in Canada for international students to study in.

Atlantic provinces are adopting a program to keep foreign students after graduation. The program will help international students stay and work in Nova Scotia will be adopted by the three other Atlantic provinces as they try to grow their population. 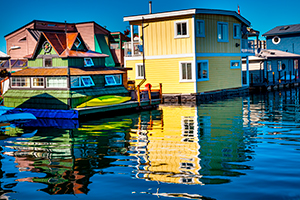 Federal Immigration Minister Ahmed Hussen said Atlantic Canada has a retention rate for skilled immigrants that “hovers at around 60 per cent,” compared to rates of 90 percent or higher in Ontario and Alberta.

Hussen said the region-wide extension of Nova Scotia’s “Study and Stay” program will act as a complement to the Atlantic Immigration Pilot Project announced in 2016 that connects immigrants and companies.

Such programs are key because they involve companies in helping to establish local roots for skilled immigrants and their families.

In Nova Scotia, Study and Stay provides targeted support and services for up to 50 international students during their final year of post-secondary studies.

The program includes career mentoring and access to employment-related events and workshops, and there is also a subsidy to help local employers offset the cost of hiring students for a work-term after they graduate. 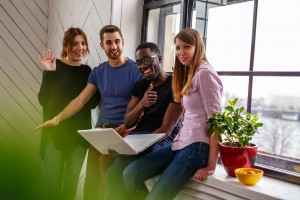 New Brunswick is remarkably geographically varied, combining more than a thousand kilometers of shoreline and seascapes with picturesque farmlands and endless stretches of often mountainous wilderness. It borders Quebec and Nova Scotia as well as Maine.

You can live in a small town or city and still be very close to beautiful lakes, rivers, and outdoor spaces. New Brunswick is Canada’s only officially bilingual province, a perfect environment for international students to thrive in. Enchanting in its diversity, New Brunswick is the gateway to Atlantic Canada.

New Brunswick’s universities combine academic excellence with intimate and engaging campuses that provide you the opportunity to engage with your professors and classmates in a meaningful way. By supporting and encouraging initiative, exploration, and critical thought, the universities will also help international students discover and realize their full potential.

For international students seeking to study in Canada, by choosing Nova Scotia, you will experience a recreational paradise along with academic innovation and tradition. The province upholds excellence in education, which, coupled with its relaxed lifestyle, make it a popular destination for students from all over the world.

Nova Scotia is one of North America’s foremost seacoast destinations. In Nova Scotia, the sea is never far away. The proximity of the coast has shaped the character and lives of Nova Scotians as much as it has the splendid maritime landscape. Immerse yourself in a culture that ranges from traditional to avant-garde. There is year-round surfing, sea kayaking, wineries, and markets all within easy driving distance, making Nova Scotia the perfect place for exploring. Perfect activities for student’s much-needed downtime and relaxation.

Nova Scotia is also an ideal North American location for a variety of cutting-edge industries powering global innovation. And is a leader in job creation for new graduates. 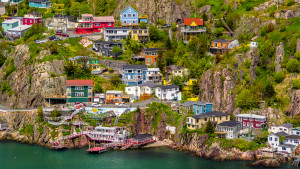 Prince Edward Island is Canada’s smallest and greenest province. Cradled on the waves of the Gulf of St. Lawrence, PEI is known for the vivid colors of its gently rolling landscape, surrounded by miles of sandy beaches and red sandstone cliffs.

You won’t want to miss out on the opportunity to visit the home of world-famous Canadian novel protagonist, Anne of Green Gables. The province’s capital city of Charlottetown offers the peace of small-city living while still encompassing a collective love of cultural celebrations.

Prince Edward Island is one of the most cost-effective locations in North America for software development, specialty chemical production, bio-science research, and development activities. Another reason why jobs for new graduates are readily available.

Newfoundland and Labrador is located on the eastern edge of North America, which has helped preserve its unique character. It is made up of two parts: Newfoundland, an island in the Atlantic Ocean, and Labrador on mainland Canada.

Real and genuine, warm and welcoming, fun-loving and funny to the core, the people here are also known for their natural creativity and knack for storytelling. With one of the lowest crime rates in North America, the province is one of the safest and most welcoming places in the world to live and work.

Newfoundland and Labrador is home to a cluster of world-class institutions, companies, and industry organizations offering some of the most innovative ocean technologies in the world. Its knowledge and expertise have made them the base of operations for current and future Arctic-related activities.

Top Universities in Newfoundland and Labrador:

To ensure that graduated students stay in this part of Canada the Atlantic Immigration Pilot has so far designated more than 900 Atlantic Canadian companies to employ skilled foreign workers and international graduates.