Canada has given a new life to homosexual refugees fleeing from Chechnya. These Chechnyians have now been given the chance to migrate to Canada as protected persons after they left a Russian safe house. The intervention by Canada 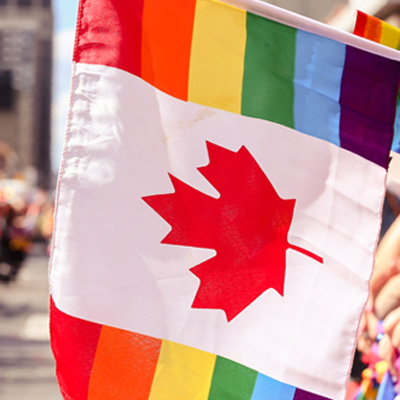 For three months, Canada has secretly brought homosexual Chechens from Russia, into Canada for their personal safety, after the Chechnya government gave permission for the “honour killing” of these refugees by their own family members. This happened after many of these refugees were earlier detained in Chechnya, a country with severe conservative Muslim beliefs against homosexuality.

So far 22 Chechen refugees have been sheltered in Toronto and other Canadian cities, with more expected to arrive. However, Russian government feels that Canada is violating Russian law and undermining their ability to protect their own people by spiriting these refugees away within Russian LGBT (lesbian, gay, bisexual and transgender) protected safe houses.

A Dark Glimpse into Chechnya

Chechnya is a deeply conservative Muslim republic within the Russian Federation, wherein homosexuality is despised. Russian LGBT Network, an NGO that advocates for sexual minorities in Russia interviewed fleeing homosexuals from Chechen, and concluded the following:

“If there are any, take them to Canada...Take them far from us, so we don’t have them at home,” said Kadyrov.Fleeing Chechen people who have tried to claim refugee status inside their home country, cannot. Which is why many of them fled to Russia, where homosexuality is not considered illegal.They were taken to Russian safe houses, but still remained at risk of discovery from Chechen officials, or hostile family members.

Definition of a Refugee Under the United Nations Convention

“A refugee is by definition, someone who is outside of their home country, and cannot return to that country due to a well-founded fear of persecution.”Kirill Kalinin, spokesman for the Russian embassy in Ottawa warned that if Canada violated their laws by bringing Chechens to Canada as refugees, there would be consequences.

Canada is the only country to have adopted an organized program (Rainbow Railroad) for taking in as many homosexuals Chechens who qualify, and are willing to come to Canada. Rainbow Railroad worked well with the Russian LGBT network, to help the fleeing men and women out of Chechnya and to safer lives.

She said that“the victims desperately need a safe sanctuary and Canada should set an example for other governments by welcoming them.”Canada’s Prime Minister, Justin Trudeau and Immigration Minister, Ahmed Hussen began working on a program to rescue as many people living in these Russian safehouses as possible.

LGBT rights in Canada are some of the most advanced in the world. Trudeau has made gay rights a priority, and publicly attends gay pride parades across the country to show his support.

Canada is also a part of a new international organization, dedicated to protecting and promoting the rights of sexual minorities.

One Chechen refugee, whose name has been left out of the media to avoid attention, is happy to be in a country that accepts him for who he is, and one that is also filled with so much potential.

“All my life I have pretended to be someone else, now I have come to a place where I can be myself.“

What Will Happen To The Chechen Refugees?

The Resettlement Assistance Program will assist the refugees with:

“These individuals are young and bright and full of potential,” Executive Director of Rainbow Railway, Kimhali Powell said on the future of the Chechen refugees in Canada.