With the Electronic Travel Authorization system, people have now been given the option to select gender neutral in Canada. 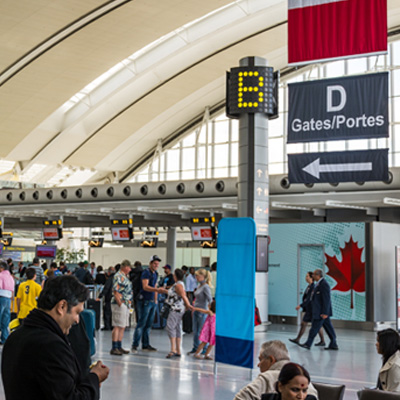 People visiting Canada who are identified as being neither male nor female will now have an option of choosing ‘other’ when Canada’s electronic Travel Authorisation (eTA), which is a requirement for visitors who are visa exempt and will be ready for use by the end of this week.

Canada will become one of a select few countries that will offer that opportunity to visitors. Currently, Australia provides passports with male, female or X options, whereas Nepal and New Zealand and a few other countries offer options to individuals who are neither male nor female. Soon, Canada will also allow citizens who have changed genders to change the options on their passports and other official documents.

At a press briefing on Monday 7, November 2016 the spokesperson for Immigration, Refugees and Citizenship Canada (IRCC) is quoted as saying “IRCC is committed to provide the issuance of identification with a sex designation that reflects a person’s gender identity”.

Allowing of a third gender option on electronic Travel Authorisations is a positive step by Canada which is also seriously considering adding a third gender marker on passports. Canada is considered one of the most gay-friendly countries in the world and their policies on rights and discrimination laws are among the most advanced in the world.

Unlike leaders from other developed countries, Canada’s Prime Minister Justin Trudeau has been very clear and vocal in his support of the lesbian, gay, bisexual, and transgender (LGTB) community and other minorities in society. The government’s introduction of a third gender option on an eTA will likely be followed by more initiatives from the government.

What is an eTA?

Electronic Travel Authorisation is a screening process for travelers who are exempt from a visa and are entering Canada by air. It is designed to allow foreign nationals who do not require Temporary Resident Visas (TRV) and to make air travel to Canada safer and more efficient. In addition to that, the IRCC uses the screening process to monitor and assess travelers who are exempted from visas and may be inadmissible to Canada due to having a criminal record or if they pose a health risk.