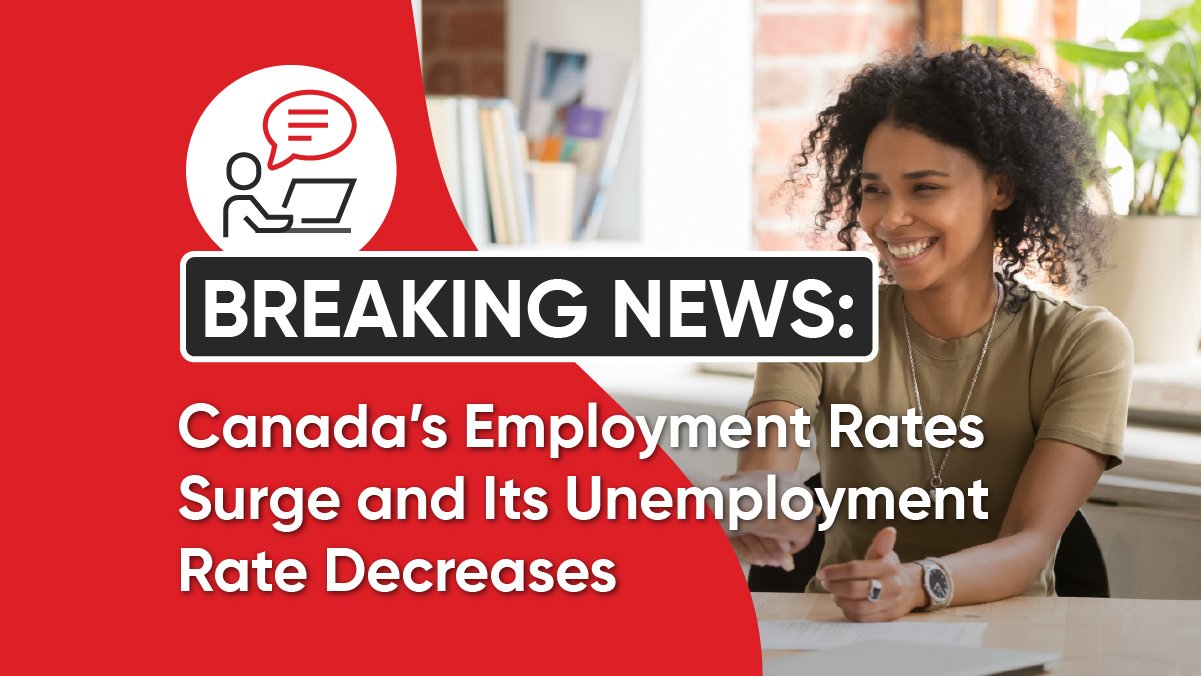 According to Statistics Canada's latest labour force survey report released on Friday, the Canadian economy experienced a jump in new job creation by the end of the year. The country also gained 104,000 jobs last month, lowering the unemployment rate to 5.0% for the month. This is down from 5.1% in November and barely above the June record low of 4.9%.

Youth between the ages of 15 and 24 saw the largest rise in employment, offsetting the group's overall losses from July to September.

While it remained constant in the public sector, the number of employees rose in the private sector. Several businesses, including transportation and warehousing, as well as construction, had widespread increases in employment.

In December 2022, employment grew in Saskatchewan, Ontario, Alberta, British Columbia, Manitoba, and Newfoundland and Labrador. However, the other provinces saw minimal change.

Regarding demographics, young men's employment rate reached 57.8% in December, the highest level since April 2019. At the same time, employment among young women rose in December.

Additionally, the total monthly hours worked increased by 1.4% year on year despite the increase in overall employment.

Interestingly, about 10% of workers had a hybrid work arrangement. 9.6% of employees had a hybrid schedule in December, so they often split their time between working from home and elsewhere. This was up 6.0 percentage points from January 2022 but barely changed from the level reported in November. At 15.8% in December, the percentage of workers who often work just from home showed no change

Increase of Absenteeism due to Illness

One reason restricting working hours was that 8.1% of employees were absent from work owing to illness or disability during the agency's reference period, which ended in mid-December. The findings occurred amid a wave of respiratory sickness across Canada, with COVID-19, RSV, and flu straining the country's health-care system.

The incidence of illness-related absences has increased from 6.8% in November to the pre-pandemic average of 6.9% recorded in December 2017-2019, although it remains below the record-high of 10.0% seen in January 2022 as the Omicron variant ravaged the Canadian labor force.

The unemployment rate fell to 5.0% in December. This was the third drop in four months, and the rate is now slightly above the record low of 4.9% set in June and July.

Employment Increase by Industry and Province

In December, the number of construction workers increased by 35,000. Increases were seen in four provinces, headed by Ontario (up 2.7%), and Alberta (up 5.8%). According to the most recent Statistics Canada statistics, national investment in new construction increased by 0.2% in October, with Ontario accounting for virtually all of the gains.

There were also significant increases in several provinces:

Canada’s economic prosperity continues as more and more employees find employment. Canada is known for its liberal immigration policies, where many foreigners can find work and contribute to the labour force.