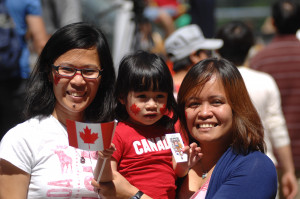 International Women’s day which is celebrated on 8th of March is celebrated with the same enthusiasm in Canada and all around the world. On this day people from various part of the world come forward advocating gender equality in all spheres of life.

The people of Canada celebrate the achievements of women that she has been obtaining from last many years on this day. While there has been so much progress in removing the gender parity in Canada, yet more work needs to be done to bridge that gap between men and women. 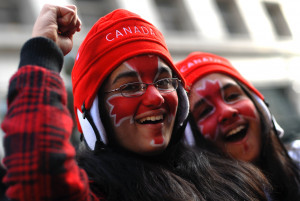 Talking on the significance of women’s day celebrations in Canada, the Canadian Prime Minister on International women’s day 2016 had said, “even after so many long years there are women who are still denied education and are facing various gender-based valances are being forced into child marriage”. “So, as a society, as parents, as community members we need to come forward and support the idea of gender parity”, he added.

The theme that the Canadian Government adopted for the Women’s International day celebration 2016 was “women’s empowerment leads to equality”. A campaign started on this day in Canada #YouAreEmpowerment and Trudeau, the Prime Minister urged the people of Canada to participate in the campaign.

For gender equality, it is essential to encourage women to choose freely for gender equality. Women who have come forward and are pursuing studies in STEM alias Science, technology, engineering, and mathematics are an inspiration to many.

Canada is one such fortunate place which, ardently advocates the idea of gender equality. Many women in Canada have inspired women around the world to come forward, one such example is Dr. Victoria Kaspi, a professor at McGill University, she is the first woman who was awarded the Gerhard Herzberg Canada Gold Medal at Natural Sciences and Engineering Research Council of Canada. When she was younger she was very much enthralled by the sky that appears at night and gradually she turned her fascination into her career and researched about the extreme physics of the neutron stars which is believed to be the densest type of star in the Universe.

There are many such women in Canada who have proved themselves and made the country proud by crossing the limits of the sky even after so many taboos and prejudices related to women and their ability to achieve.

Join the celebrations by attending one of our Top 10 International Women’s Day Events Happening in Canada over the week!