The day has finally arrived, and everyone’s been waiting since February 2022, when it was first announced that the Express Entry Draws will return in July. 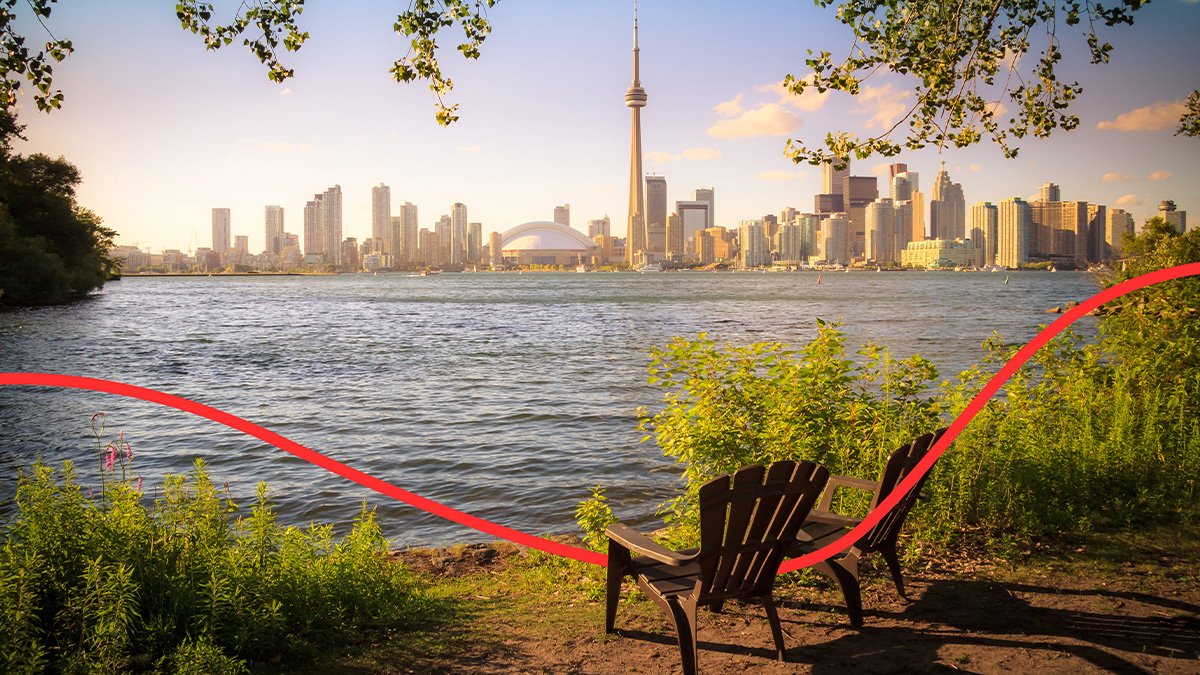 Canada immigration News: The much-awaited return of the Express Entry draws is finally here. Immigration minister, Sean Fraser confirmed that the three programs for Express Entry will resume from Wednesday 06 July 2022. The anticipated news means that Canada will be allowing even more foreigners to immigrate to the Great White North. For many people inside and outside Canada wanting to get their permanent residency, this news may be the light at the end of the dark tunnel that was the COVID-19 pandemic.

Fraser took to Twitter on July 4th with the announcement, “Starting July 6th, 2022, qualified candidates will be invited to apply for permanent residency from the following programs:

He added the comment “Newcomers continue to play a critical role in the success of the Canadian economy and we look forward to resuming this important program. “ 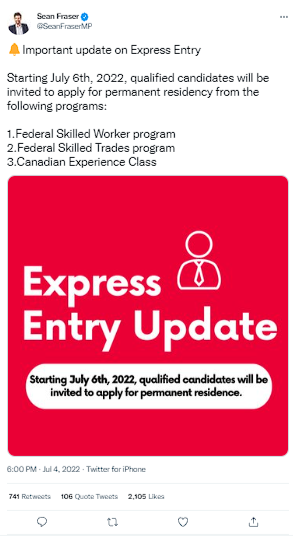 Many around the world have been waiting for Canada’s most famous and widely used immigration system to commence after its suspension in December of 2020. Following a backlog in applications for permanent resident status brought on by border closures and limitations as a result of the COVID-19 epidemic, Immigration, Refugees and Citizenship Canada (IRCC) put these stays in place.

The massive backlog experienced by the COVID-19 pandemic, coupled with the suspension of these programs has resulted in many prospective immigrants waiting more than two years to receive or apply for permanent residency in Canada.

While Canada’s Express Entry draws were normally processed within six months, Fraser has given hope that this will resume. When the announcement for the commencement of these programs was announced in February 2022, Sean Fraser, Canada's Minister of Immigration, added that processing delays for new Express Entry applications for permanent residency would finally return to the typical six months. Over $85 Million was budgeted toward alleviating the IRCC’s backlog.

The re-opening of this immigration system also means the country can reach its immigration goals for the next three years. Canada plans to accept more than 110,000 additional Express Entry candidates and offer them status as permanent residents by 2024, according to the Immigration Levels Plan 2022–2024.

Recent Canada immigration newsreported the the introduction of Bill C-19. The bill grants Canada's minister of immigration the power to choose applicants using groups rather than just the CRS score.

What this means for Express Entry is that the CRS cut-off will probably be substantially lower because grouping-based draws would compare candidates against those in their group rather than the total pool of candidates.

At the end of June 2022, Bill C-19 became law. This indicates that the Express Entry candidates may now be invited by the Canadian Minister of Immigration based on their work experience, language skills, educational background, or other criteria.

For instance, IRCC might conduct an Express Entry draw just for health care professionals or even just for French speakers.

Targeting a group of particularly in-demand occupations will be essential in filling these gaps as Canada experiences record-high job openings. This new invitation approach will aid in better meeting the needs of Canada's labour market as opposed to focusing on a narrow set of candidates with high CRS scores.

For more Canada immigration news follow us on socials below.