‘We are ready to make this happen,’ federal minister, Seamus O’Regan says of a plan to bring in at least 4,000 newcomers a year Is it your dream to work in Canada? How about working and living near the ocean?

Immigration Targets For Newfoundland And Labrador To Almost Triple

‘We are ready to make this happen,’ federal minister, Seamus O’Regan says of a plan to bring in at least 4,000 newcomers a year

Is it your dream to work in Canada? How about working and living near the ocean? Well, you are in luck, because the province of Newfoundland and Labrador (NFL) could more than double its immigration targets if federal cabinet minister Seamus O’Regan and Immigration Minister, Ahmed Hussen join forces.

O’Regan believes that NFL is the perfect spot for new immigrants to start a new life.

A recent Canadian survey ranked NFL’s capital city- St.John’s as one of the most open and welcoming cities in the country.

Why the Need for Immigrants to Work in Canada? 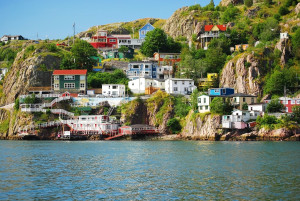 O’Regan said Newfoundlanders have everything to gain from a new wave of immigration to the province.

“They (immigrants) don’t take our jobs, they create them,” he said. “Immigrants send more of their children to college and university; they use less social services than we do. And they are far more likely to start their own businesses and create jobs than we are.”

Source: Government of Newfoundland and Labrador 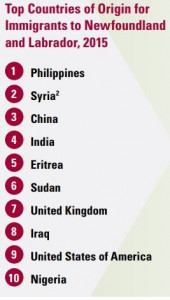 On another note, because of the increasing number of young NFL locals who leave to other parts of Canada, the province expects a 10% drop in the working population age. Also, immigrants who work in Canada will decrease the effects of the shrinking tax base from getting worse.

How to work in Canada?

“This is the time for boldness, for seizing opportunities that present themselves on the global stage.” say O’Regan who is more than ready to welcome immigrants to work in Canada.

Want to know if you can work in Canada? Sign up for our online evaluation to know your chances of Canadian immigration success. Canadianvisa.org can help you work in Canada. See for yourself.