In the first eight months of 2016, Canada has given 53.8 percent more work permits to U.S residents than in the same period the previous year. The most used job keyword in search engines is 'Canada'. Canada wants skilled workers.

The number of U.S citizens working in Canada is on the rise 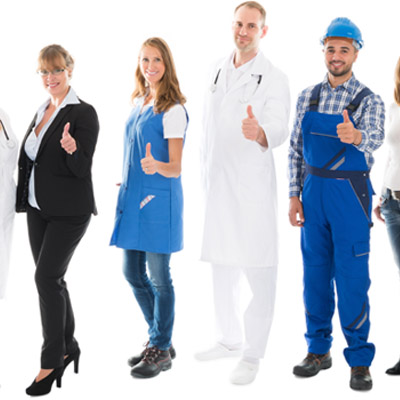 In the first eight months of 2016, Canada has given 53.8 percent more work permits to U.S residents than in the same period the previous year. The calm political environment in Canada has been listed as one of the reasons why many of the residents are moving to work in Canada.

Judging by the latest job search trends, the number of workers coming to Canada is set to continue and grow in the near future. According to numbers projected by Monster, one of the most used employment and job search websites in the U.S.A and the rest of the world, more than 30,000 job searches used the keyword “Canada” from January to October this year. This is significantly higher than the figure experienced in the whole of 2015 when there were fewer than 20,000 searches.

Ontario is proving to be the most popular province for U.S workers seeking employment, followed by Alberta, British Columbia, Quebec and New Brunswick. The most searched positions include engineering and followed closely by IT and Accounting jobs.

NAFTA is a three-way treaty between Canada, the USA, and Mexico that aims at promoting trade and easier access for skilled workers to come to NAFTA member countries on temporary work permits. Although US president-elect, Donald Trump has called NAFTA one of the worst trade deals ever made, the agreement has been a resounding success since it came into effect. North American employment levels climbed over 25% since 1993, and today NAFTA partners’ exchange about $2.6 billion in merchandise, on a daily basis. The discovery of Oil sands in Alberta has meant that Canada’s Gross Domestic Product (GDP), which was measured at $1.628 trillion in 2015 is only likely to get higher, more jobs are being created, free education services will improve, and the free health care policy will have increased funding from government meaning better, healthy, and prosperous country.

The agreement also allows US residents in certain occupations, as well as individuals working with a company that has a Canadian office easier access to Canadian work permits. Another good thing about NAFTA is that it does not require a Labour Market Impact Assessment (LMIA). This means that an individual does not need to apply and get a positive LMIA to be eligible for a Canadian work permit.

For those who want to build a better life for their family in a new country, there are no better destinations than Canada at the moment. Over 250,000 new permanent residents come to Canada from different countries each year, the government of Canada invests millions of dollars each year to help these newcomers to settle into their new lives, and to make sure that all immigrants are able to benefit from the high quality of life.

To top it off, Canada is the only country among the industrialized nations that spends more on education. In the words of Benjamin Franklin, “investment in education and knowledge pays the best interest”, Canada has taken it to new levels and will continue to do so.

At CanadianVisa.org we specialize in the legal process of obtaining Canadian visas for our valued clients, various visa programs make it possible for thousands of new immigrants and their families to move to Canada each year. U.S citizens looking for permanent or temporary work in Canada can do so through, the Express Entry program, Provincial nominee program, Quebec skilled worker program, and the Federal skilled worker program. Our team of professional RCIC agents will give you advise on the visa program best suits your profile and which program you should apply for.

Are you ready to move to Canada from the U.S? Now is the time! At CanadianVisa.org, we make applying for your visa simple. Fill out the form and one of our account managers will call you to begin your Canadian visa application process.