In Feb 2017, 3 immigration streams where reopened in Ontario, the Human Capital Priorities Stream, International Masters Graduate stream, and the International Ph.D. Graduate Stream. Migrate to Canada and see how to apply now! 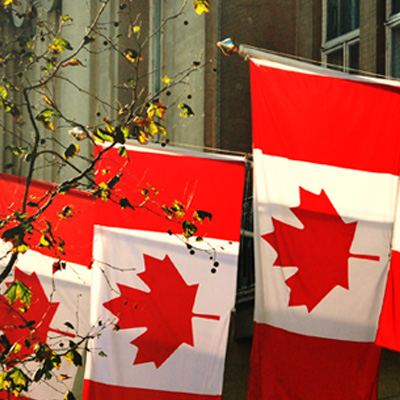 From February 21, 2017, the Ontario government has officially reopened its three popular immigration streams of the Ontario Immigrant Nominee Program (OINP). These programs are; the Human Capital Priorities Stream, the International Masters Graduate Stream, and the International Ph.D. Graduate Stream. In addition to that, the province has also introduced a new online application system for these streams, the new system is expected to improve processing times, customer service, and simplify the overall application process.

On February 16, 2016, the Ontario government temporarily stopped identifying candidates for the Human Capital Priorities Stream and intake of new applications for the International Masters Graduate and Ph.D. Graduate Streams as of May 9, 2016.

A press statement released by the Ontario government states that “to ensure processing efficiency and quality customer service, the OINP will be monitoring the volume of applications to each of these streams. These streams will be paused and reopened periodically throughout the year until the province’s 2017 federal allocation is filled.”

Ontario’s nomination allocation for 2017 stands at 6,000 newcomers. Ontario also receives a high number of newcomers through various federal programs, meaning that the overall number of newcomers to the province will likely be many times higher than the number that will arrive through the OINP.

Candidates with a minimum Comprehensive Ranking System (CRS) score of 400 and who possess the required skilled work experience, education, language ability, and other characteristics that will help them integrate and contribute to Ontario’s labor market and community may be identified by the province and issued with an NOI.

Those candidates who have received an NOI may submit their application to the Ontario government for a provincial nomination certificate. The successful applicants will receive 600 CRS points, which leads to an Invitation to Apply (ITA) in the next Express Entry draw.

The International Master Graduate and International Ph.D. Graduate streams are both not aligned to the Express Entry system, once the successful applicants receive a ‘base’ provincial nomination certificate, they may be able to apply to the federal government for permanent residence.

Note that, candidates who are eligible for one of these two streams may now be able to apply through the new online application system. The International Ph.D. Graduate stream targets individuals who have graduated from a Ph.D. or Doctoral level program at an Ontario university, while candidates who have graduated from a Masters-level program in Ontario may apply to the International Masters Graduate stream. While a job offer is not required for any of these streams, the eligibility criteria of the International Masters Graduate stream has changed to allow candidates to apply if they are residing in Ontario or outside Canada. However, if they are residing in Canada but outside Ontario, they are not eligible to apply.

In reopening these two streams that target talented and highly-educated individuals, the Ontario government is recognizing that international graduates are desirable as future newcomers to the province. Having already established themselves in the province through their studies and in many cases through employment, international graduates may find themselves in a prime position to settle and integrate successfully into Ontario’s labor market and society.