President Trump has reiterated his desire to draw inspiration from Canada, which is more selective in its choice of immigrants. In the U.S., about two-thirds of permanent residents are admitted to reunite with family members. Less than 20 percent are admitted because of their professional skills. In Canada, by contrast, it’s almost the opposite: more …

Trump insists that the changes to immigration law he’s proposing in exchange for protecting DREAMers a nickname for those illegally brought to America as children would make our country’s immigration system, like Canada’s, more merit-based.

Famously, the Canadian immigration system is based on a point system: applicants for immigration are assessed on the basis of a number of factors, including level of education, language proficiency, age and professional expertise. The introduction of the Express Entry system in 2015 reinforced the selective nature of the process: potential immigrants who obtain the most points in the tests (and who are therefore expected to better integrate into the labour market) have accelerated access to permanent residence, often in less than six months.

It is difficult to know exactly what will constitute Trump’s merit-based system. In any case, there are many reasons why the Canadian system is difficult to transfer to the US.

For geographical reasons, Canada, which does not have a border with Mexico, is not confronted with the same scale of undocumented workers. The number of undocumented migrants in the U.S. is estimated at more than 11 million. The figure is between 20,000 and 200,000 for Canada.

Trump has promised to deport undocumented immigrants, whom he accuses of pulling down wages for American workers. However, many of these immigrants work in low-skilled jobs — in the manufacturing sector, in construction or in agriculture. The latter industry, for example, relies heavily on these undocumented immigrants: according to the American Farm Bureau Federation, they represent between 50 percent and 70 percent of the labour force in agriculture.

Beyond logistical and cost problems, massive deportation would create a labour shortage in key sectors, resulting in serious economic consequences. States like California or Texas, which employ a high number of undocumented workers, would be particularly affected by massive deportation. Even if, for the sake of argument, one supposes that deporting undocumented immigrants would increase wages for low-skilled employees, it’s dubious that it would be beneficial to the U.S. economy as a whole.

Why Unskilled Workers are Necessary 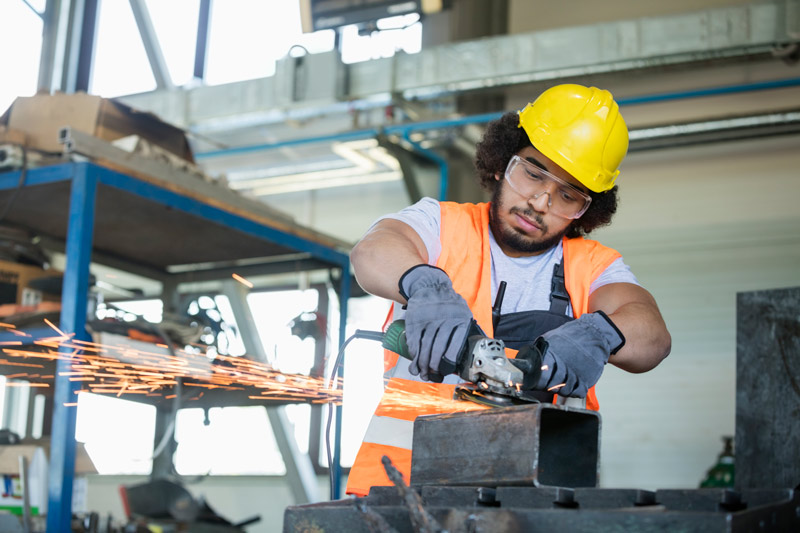 More generally, the idea that the U.S. has to switch to a Canadian-style selective immigration policy is also misleading because it does not take into account the economic structure of the large American labour market. Insisting on the need for high-skilled workers — Indian engineers in Silicon Valley, for example — avoids the fact that the economy has a structural need for low-skilled labour. Hotels, food service, cleaning, elder-care, wholesale and hospitality employ a high number of unskilled foreign workers. Even in a high-skilled knowledge economy, workers are needed for food preparation, construction, children and elder-care.

If measures to limit low-skilled immigration were introduced, even if it had a positive impact on the wages of native workers as the Trump administration hopes, they could lead to a shortage of labour in several key sectors that deliver daily services to the Americans. The native population is unable to meet the demand. California field labourer wages have reportedly risen by nearly 50 percent from 1996 to 2015. However, this rise has not attracted more native-born American workers. Farmer employers argue that this is due to the harsh working conditions of agricultural jobs.

Why it’s difficult for Trump and U.S.A to Implement Immigration Reforms

In order to develop a sustainable immigration system along the lines of Canada’s, the U.S. would have to undertake comprehensive reforms that overhaul the different components of immigration law: low-skilled labour, high-skilled labour, border security, undocumented immigrants and the enforcement of domestic laws. These different elements are related and must be considered at the same time. But, for institutional reasons, it is difficult to implement such a reform.

In the U.S., immigration is a highly divisive topic; it is very easy to block immigration reforms — even minor ones. Even a small modification, such as increasing the quota of the H1B visas that are often issued to skilled workers, must be validated by Congress. Thus, any reform project tends to be dragged into political manoeuvring and ideological rivalries in Washington.

Canada is known as a tolerant society, based on its reception of large numbers of immigrants while being selective and keeping strict control of those entering its territory. Of course, it is politically profitable to claim to want to be inspired by a country with a good reputation. Beyond political slogans, however, it should be recognized that the Canadian model is not readily transferable for economic, geopolitical and institutional reasons.