Canadians have a solid reputation as polite, welcoming, and overall relaxed. Here are 8 things you should never say when you visit Canada.

8 Things You Should Never Say When You Visit Canada

In general, Canada holds the reputation of being a polite and mild-mannered country. At the same time, understand that when you visit Canada you should follow certain social and cultural traditions if you want to avoid making any uncomfortable mistakes during your visit.

Here are 8 things to avoid saying as a tourist in the Great White North.

How Far Away Do You Live from Toronto 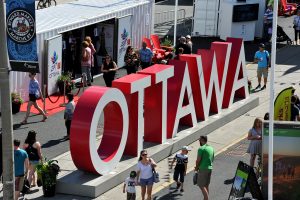 Canada is a particularly huge country, so asking how close we are to Toronto does not really make sense, especially if the answer is 10 hours away. It is also a sensitive subject for Canadians in Montreal.

There is almost nothing that will unite Canadians faster than if someone comments on certain similarities between Canada and the United States. Quietly defining their differences from their southern neighbors has been a part of the Canadian experience of national identity since 1867.

Yes, when you visit Canada you will notice that some Canadian accents may sound similar to American ones. On the surface, a megacity such as Toronto might reflect the general “look” of a North American city, but historically, politically, and socially, Canadians are proud of their country and its differences.

Why Is the British Queen on Canadian Money?

It might sound a bit strange, but Queen Elizabeth II’s face is on all Canadian coins, and on the $20 bill. Although Canadians do not generally express any particular loyalty to the British monarchy, the fact is that Canada is a constitutional monarchy. The Queen is the official head of state of Canada.

At the same time, however, Canada has been fully independent country since the Constitution Act of 1982, which removed any legal dependence on the United Kingdom.

Do not Forget to Return an Apology

It is a common and accurate stereotype that one of the most common phrases you are likely to hear when you visit Canada is “I’m sorry.” Canadians tend to say “I’m sorry” (or simply “sorry”) in place of other phrases such as “excuse me” or “pardon me.” For this reason, the meaning of the expression actually goes beyond a basic apology.

It might contribute to the country’s reputation for being very polite but do not make the mistake of not returning an “I’m sorry” when it comes your way. Even if it was your foot that was accidentally stepped on, or if you unintentionally bump into someone and they say “sorry” first, it appears rude to not return the apology.

Keep Your Dislike of Maple Syrup to Yourself 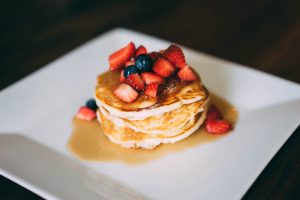 If you are going to complain about food in Canada do not let it be maple syrup. With the image of its leaf on the national flag, the maple tree has come to represent Canada in many ways. In addition to its symbolic value, the tree also yields one of the few food items that can appropriately be labeled as Canadian.

Maple syrup is a natural sweetener originally gathered by the indigenous peoples of northern North America, who transferred the practice to the European newcomers. Quebec is the largest global producer of maple syrup. Here you will find it in pancakes, waffles, oatmeal and French toast. It is even used as a baking ingredient. Maple syrup is available in the typical liquid state but can also be found in the form of candy, powder, taffy, fudge and more. It is one of the best Canadian gifts you can take back home. So if it does not suit your personal tastes, it would be better not to say anything about it.

Poutine is another Canadian specialty close to locals hearts. While you visit Canada you will quickly find out that locals take their food seriously. While you are at it, it would be better not to question the dish that often gets labeled as a traditional Canadian food poutine. This French Canadian fast-food specialty is a mixture of French fries and cheese curds, drizzled with gravy. It is heavy, yummy and greasy.

Quebecers invented poutine and it quickly took over the entire world. Canadians will probably defend poutine to their dying breath, so maybe it is best not to argue about its taste.

Hockey Is Not Fun

A lot of Canadians cannot even bear to talk about the recent Olympic games losses, so really, do not bring it up. You can dislike hockey all you want, just do not mention it to a Canadian.

Do Not Say the Winter Is Too Cold

They already know. Average seasonal temperatures vary considerably across the country, but winters are generally harsh across all the provinces (except for coastal British Columbia). In inner Canada and the Prairie Provinces, in particular, the daily average temperatures are around 15°C (5°F), but they can drop below −40°C (−40°F).

The lowest temperatures are usually caused by severe wind chills. In the central regions, snow can stay on the ground for around six months, while in the northern parts, snow can linger year-round.

Why You Should Visit Canada

We love the Great White North. The people are friendly, the food is warm and the winters are brutal. But Canada is more than just the place with the maple syrup or the next best choice for discouraged Americans. Canada is a friendly northern nation with a rich history, diverse landscapes and it deserves to make your 2018 travel bucket list.