Canada’s new stats predict that by 2041, over 50% of the population will be Canadian-born children of immigrants. 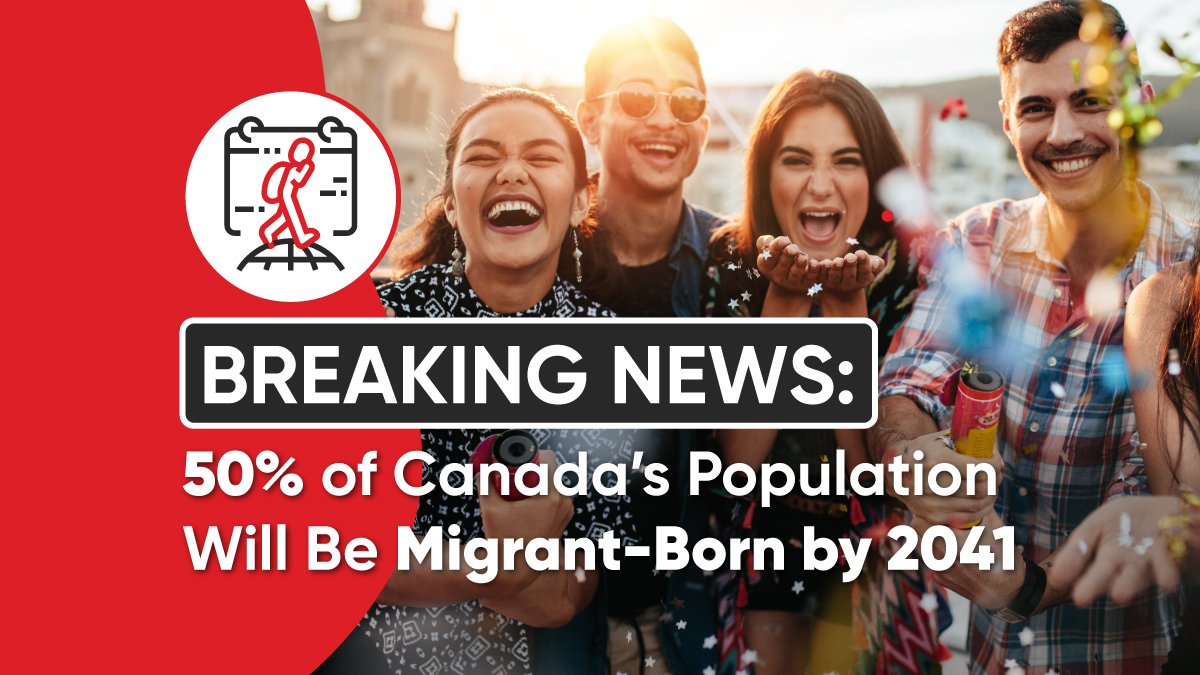 By 2041, the population of Canada will have the highest percentage of immigrants in its modern history. The most recent demographic forecasts for Canada show that immigration is expected to continue to be the dominant factor in population increase during the ensuing decades, following a pattern that started in the early 1990s. If present trends continue, by 2041, immigrants and their offspring who were born in Canada would make up half of the country's population.

In 2041, the population of Canada would be 47.7 million, with 25.0 million of those people being immigrants or children of immigrants who were born there, making up 52.4% of the population. This demographic, which totalled 14.4 million in 2016, made up 40.0% of all Canadians. 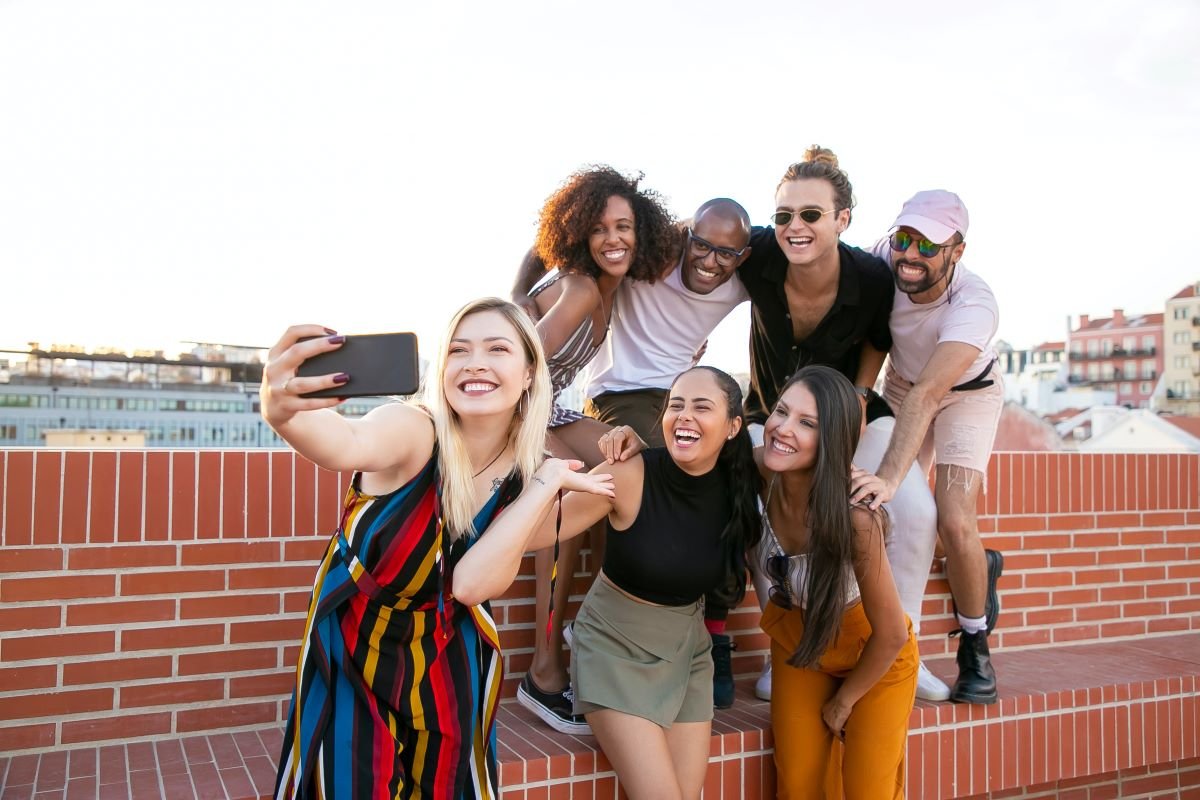 Depending on the projection scenario, the estimated percentage in 2041 might range from 49.8% to 54.3%. In order to test the sensitivity of forecasts to various factors, and to represent uncertainty about how demographic components will evolve in the future, many scenarios are suggested.

Predictions are based on scenarios, depending on what trend the population takes as years go by. In one scenario, the percentage of immigrants in the Canadian population might rise from 21.9% in 2016 to 29.1%, to 34.0% in 2041 - this would be the highest level seen since the Canadian Confederation in 1867.

There are several distinct predictions that Statistics Canada's Centre for Demography researched and released. These predictions speak to various types of demographics like race, ethnicity and age. What each of them has in common, is that the migrant population plays an important part in diversifying the population and is thus a major reflection of what Canada’s 2041 population demographics looks like. 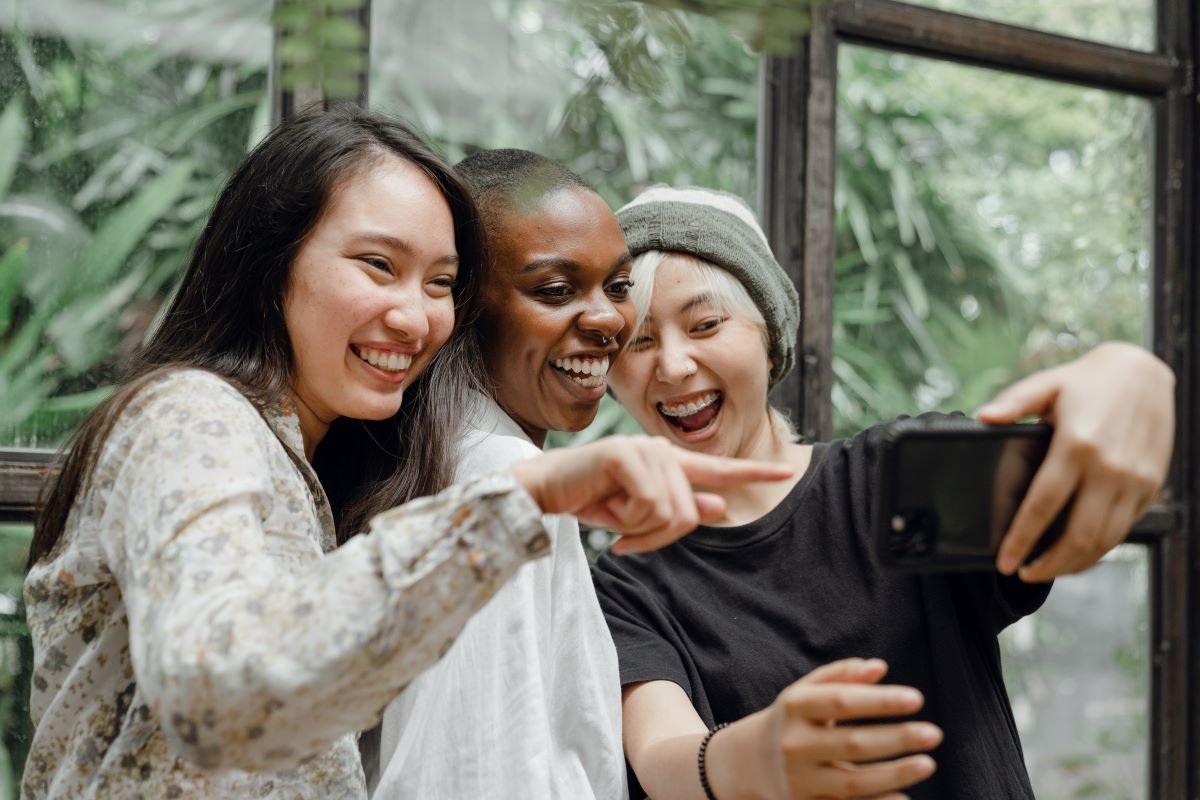 Over the past 25 years, the average family in Canada will begin to look different due to variations in the geographic origins of immigrants. The population of Canada in 2041 is predicted to include 9.9 million to 13.9 million people who were born in Asia or Africa, depending on the projection scenario. In light of these trends and the fact that population growth in the ensuing decades will be largely dependent on international immigration; by 2041, these individuals alone might make up between 23.1% and 26.9% of all Canadians, up from 13.5% in 2016.

By 2041, Approximately 40% of Canadians will be People of Colour

Since the 1996 Census of Population, Statistics Canada has gathered this data in order to execute the Employment Equity Act, which attempts to combat discrimination in the employment of particular groups (women, Indigenous peoples, persons with disabilities, and people of colour). The aim is to ensure that opportunity in Canada is equal.

It is also projected that there will be more younger people of colour. From one age group to another, the percentage of people of colour and their expected pace of growth differ. In accordance with the projected scenario, the racialized population would represent a greater percentage among the youth, ranging from 44.0% to 49.7% among those aged 0 to 14 years.

The proportion of people of colour among the working-age population (15–64 years), which is of particular significance for the application of the Employment Equity Act, would increase from 23.3% in 2016, to between 42.1% and 47.3% in 2041. Last but not least, in 2041, this proportion would range between 25.4% and 26.7% among those 65 years and older, remaining below the national average.

These projection results bring to light a key demographic dynamic in Canada: the rise of the racial population is significantly influenced by the offspring of people of colour who were born in Canada. Therefore, regardless of future immigration numbers, it is anticipated that the ethnocultural variety of the Canadian population would expand in the coming years. 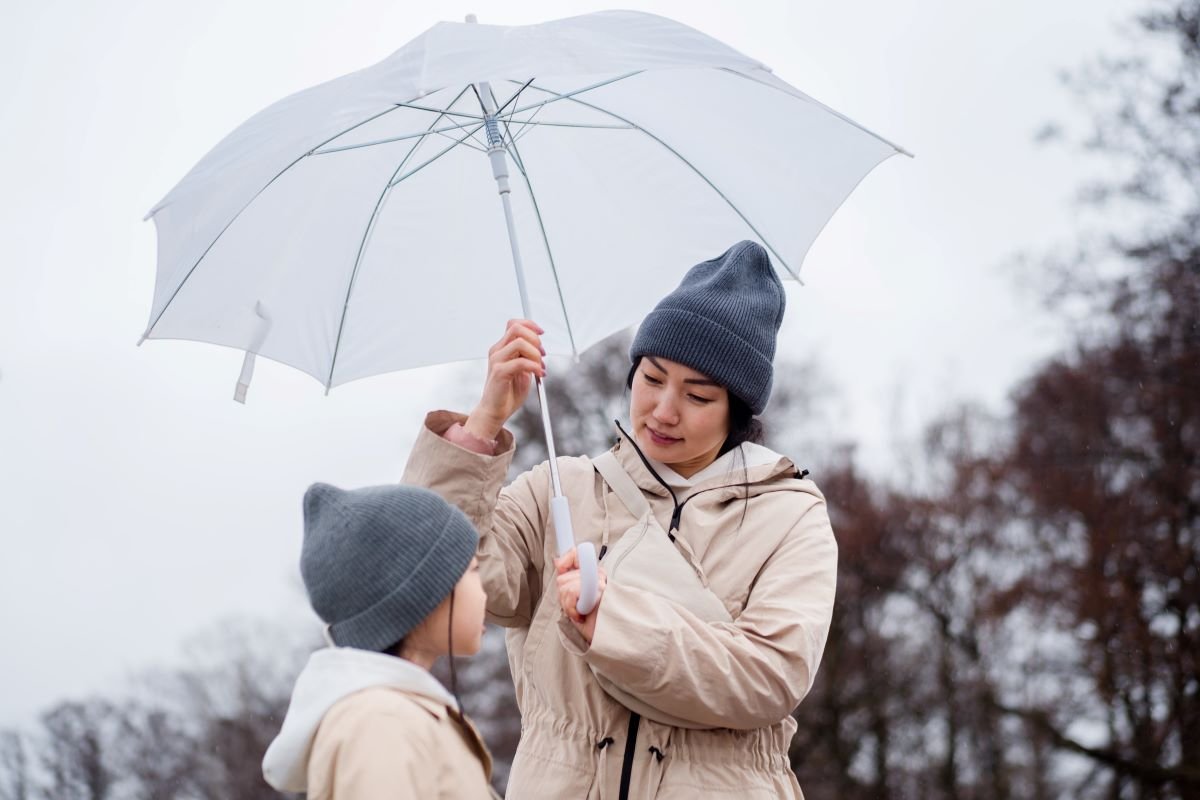 By 2041, Canada’s Black Population would Surpass its Chinese Population

Racialized communities are not homogenous, much like the rest of Canada's population. It consists of a number of groupings that, as defined for the Employment Equity Act's objectives, are themselves diverse in many ways.

According to the numerous projection scenarios created, the South Asian group would continue to have the greatest number among these racialized groups in 2041, reaching between 4.7 million and 6.5 million individuals.

Canada’s Demographics and Geography in 2041

Canada’s Center for Demography also published predictions on where people would be living in Canada based on their demographic. The ethnocultural mosaic varies greatly across the nation, and it is expected that existing disparities will expand over the ensuing years. On the other hand, in Quebec, the majority of the CMAs in Ontario and other provinces, rural regions across Canada, and eastern Canada, the proportion of the coloured population would be lower than the national average.

It stated, “Although increasing in all regions of the country, the proportion of the racialized population would remain significantly higher in Canada's census metropolitan areas (CMAs), regardless of the projection scenario.” It added, “This proportion would be above the national average (over 41%) in Toronto, Vancouver, Calgary, Abbotsford–Mission, Edmonton, Winnipeg, Ottawa–Gatineau (Ontario part), Windsor, and Regina—all these CMAs are in Ontario or in the centre and west of the country.”

This also means that by 2041, four out of five residents of Toronto will be foreign-born or the children of immigrants. The greatest metropolitan region, in terms of population and immigrant population, would still be the Greater Toronto Area. According to that stats, it will be the South Asian group that will continue to be the largest among the racialized population. This racialized group might have a population of 2.3 million to 3.2 million, up from 1.0 million in 2016, depending on the projected scenario. According to the reference scenario, the South Asian group would represent 38.6% of Toronto's total racialized population in 2041. 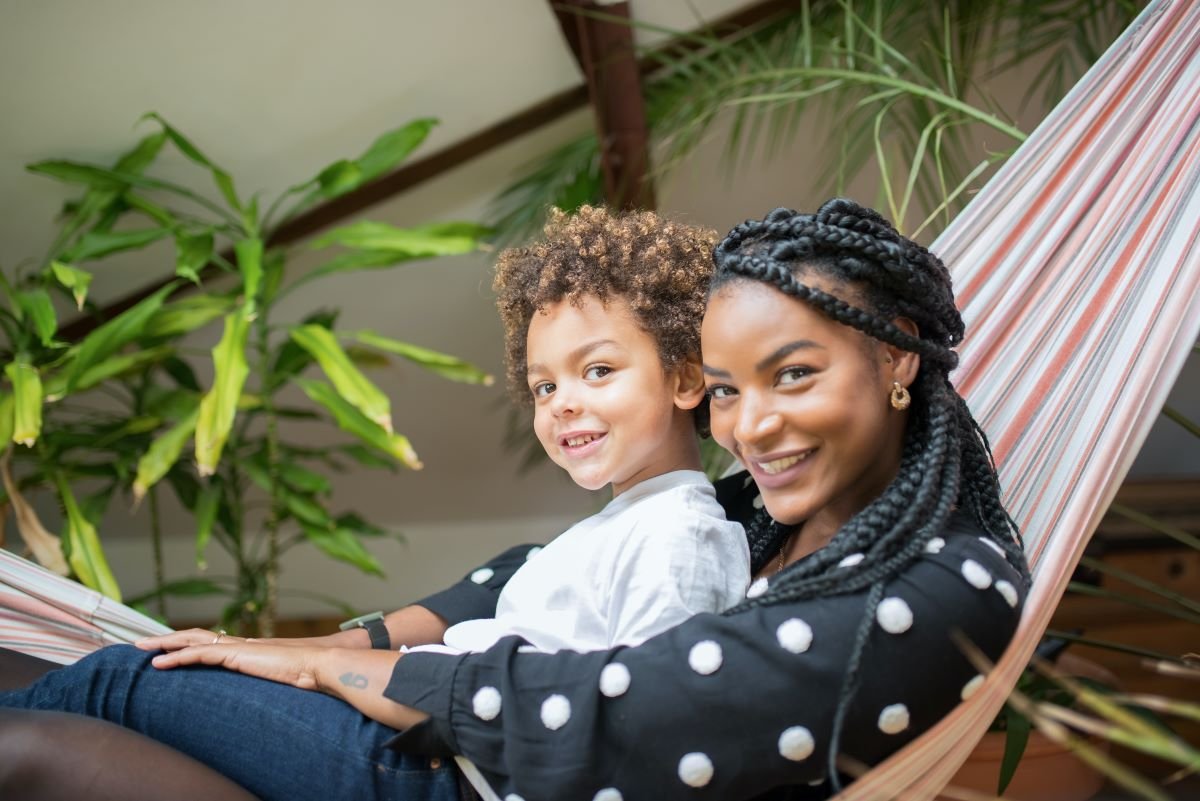 Why are these statistics important?

New public predictions of the immigrant population and the racialized population for the years 2016 to 2041 are made in today's release. They draw attention to the striking geographical and racial disparities that persist in Canada, regardless of whether a person came to the country or was born there.

According to the forecasts, this proportional rise in the proportion of Canadians from different racial and ethnic backgrounds and cultural influences is anticipated to last for some time. These forecasts show Statistics Canada's dedication to using disaggregated data to paint a more complete picture of the future Canadian population.

What it means for immigrants, is that if you want to raise your family in Canada, you can expect the diverse melting pot of cultures, ethnicities and races to continue to grow. Opportunity in Canada will continue to grow as more immigrants enter the workforce, study at Canadian universities and raise families.

Check out the best places in Canada to raise a family

For more Canadian Immigration News follow us on social media below.