The AIPP has already assigned 50 employers to recruit foreign workers and graduates to become Canadian permanent residents. The AIPP aim to welcome 2,000 principal applicants and their families in 2017. Learn if you qualify

Atlantic Immigration Pilot Program Up To a Good Start 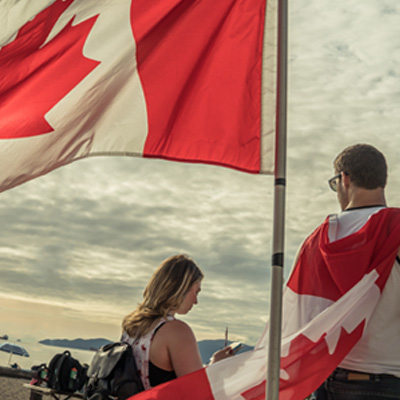 As the Atlantic Immigration Pilot Program (AIPP) gains momentum in the early weeks of its implementation, the program's progress and increasing popularity is bringing optimism. As of Friday, March 31, Canadian Immigration Minister Ahmed Hussen announced that 50 employers had already been designated to recruit foreign workers and international graduates to become Canadian permanent residents through the AIPP, he also added that the program was “off to a good start.”

The AIPP is a new immigration pilot program that will run for a three-year period, consisting of the Atlantic provinces of New Brunswick, Nova Scotia, Prince Edward Island, and Newfoundland and Labrador. Together these provinces aim to welcome 2,000 principal applicants and their families in 2017.

An initiative that is employer-driven

The AIPP is a program that is fundamentally employer-driven, meaning that any prospective candidate is first required to obtain an employment offer from a province-designated employer in order to be eligible to apply. For individuals who are interested in living and working in the Atlantic Provinces through the AIPP are encouraged to use job search resources such as the Canadian government’s Job Bank to begin their Canadian job search.

Further to that, employers are no longer required to go through the process of obtaining a Labour Market Impact Assessment (LMIA). A LMIA is an official document that proves that no Canadian citizen or permanent resident was ready, willing, and able to fill the position, before hiring a foreign worker through the program.

At an event announcing the launch of the Atlantic Pilot Program, Mr. Hussen is quoted as saying “I’m pleased to say we are off to a great start, employers have been keen to get involved and provinces have started to receive applications from employers who wish to participate in the pilot.” “I look forward to continuing to work with our partners, including provincial governments, employers, and settlement service provider organizations, as we move forward with this dynamic component of Canada’s Atlantic Growth Strategy.”

More importantly, the AIPP comes with a requirement for a settlement plan, which is developed in tandem with a recognized settlement provider in the destination province. In addition to that, the employer commits to providing assistance with the settlement process and connects the candidates with a settlement service provider organization. The settlement plan is aimed at connecting newcomers to services in the region that can assist with integration and long-term settlement.

At CanadianVisa.org, our Regulated Canadian Immigration Consultants (RCIC) are members in good standing with the Immigration Consultants of Canada Regulatory Council (ICCRC). They have the experience and expertise to guide you through the visa application process, from the selection of the immigration category to preparing and filing your application, preparing you for an interview, and following up with the visa office. The fact that our offices are situated in Vancouver Canada means our clients' applications are evaluated and processed as per the latest updated rules and regulations from the Canadian government.