4 reasons to immigrate to Canada, to these 4 provinces. Learn about job opportunities from the Agriculture and agri-food to aerspace and tourism, education systems, quality of life and more

Atlantic Canada Is An Attractive Destination For New Immigrants

Atlantic Canada is made up of the four most eastern provinces of Nova Scotia, New Brunswick, Newfoundland and Labrador and Prince Edward Island. With a population of just over 2 million, the region is historically known for its unique maritime culture and a strong association with fishing and sailing as most of the region is surrounded by ocean.

In recent years Atlantic Canada has seen a significant increase in the number of immigrants moving to the region. In a new report released by The Atlantic Provinces Economic Council findings show that in 2015 alone, 8,300 new immigrants arrived in the region. The report continues to say that in the first 9 months of 2016 another 11,600 immigrants moved to the region, many of whom are Syrian refugees. In light of these latest findings, it is expected that more immigrants will be arriving in the region in the next few years.

The number of new immigrants to Atlantic Canada has nearly tripled since 2002 and much of it is driven by the increased efficiency of the region’s Provincial Nominee Programs (PNPs). The efficient use of the PNPs has significantly grown immigration numbers so much so that it is expected that in the next few years the region could receive nearly 19,000 new immigrants.

The respective provincial governments of the region acknowledge that though the recent immigration numbers are encouraging, the region still needs more new immigrants. Information from Statistics Canada and Immigration, Refugees and Citizenship Canada show that the region is particularly facing a big demographic challenge due to the large numbers of the ageing population. The ageing population is one of the reasons that has increased the need to attract more immigrants to the region.

Atlantic Canada has a few well known small towns and cities where most of the region’s population live in such as Halifax, Charlottetown, Saint John, Corner Brook, and Moncton. People like living in Atlantic Canada, falling in love with the region’s four-season activities, its natural beauty, the welcoming smiles, peace, and security.

Atlantic Canada possesses a proud, centuries-old culture that combines a distinct mix of British, Scottish, Gaelic, and French customs that create a unique tradition-oriented people. But why are new immigrants scrambling to live there? We look at the reasons why the small towns and cities of Atlantic Canada is worth settling down in.

Despite its relatively small size compared to the rest of the country, Atlantic Canada boasts one of the largest growing traditional industries in Canada. The region is quietly moving away from its reliance on fishing and farming by introducing innovative ways to improve its industries and the overall economy. These growing industries that are helping create jobs include: 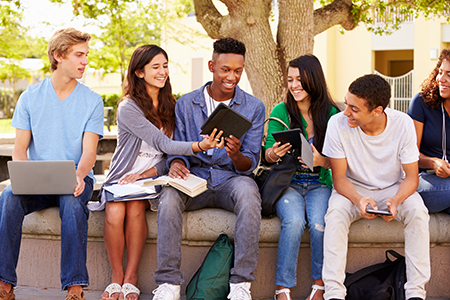 Atlantic Canada is known for its natural beauty, friendly people, quality of life, and a low cost of living that is envied around the world. The region also boasts a high-quality education system specializing in a wide variety of undergraduate, graduate, and off-shore programming, with education and training available in French or English. This makes Atlantic Canada a preferred education destination for Canadian and international students alike.

Atlantic Canada has been offering university education since the 18th century, longer than some regions in Canada. The Atlantic region is home to 17 universities in 25 communities with undergraduate, graduate and specialized programs, including a full range of programs in sciences, engineering, business, agricultural and veterinary sciences, liberal arts and ocean technologies. World-class academic programs, small class sizes, highly qualified faculty and affordable tuition rates make Atlantic Canadian universities, a great choice for any student.

There is also a wide range of community and public colleges in all four Atlantic Provinces. Each college's unique variety of programs focus on practical skills training and provide educational opportunities for everyone. The Atlantic region also boasts a great number of schools offering programs which specifically target the demands of the current job market.

Atlantic Canada’s residents enjoy some of Canada’s most safe and peaceful communities. A great community can mean different things. For some, it’s being able to walk on the beach after work. For others, it could mean the rush of being at the center of a globally competitive industry. It is safe to say in this part of Canada all this is covered.

Most of Canada happiest cities and towns are in Atlantic Canada and according to the Canadian institute of Advanced Research, Canadians are most likely satisfied with the quality of life in places like Saint John, Moncton, Halifax, and Charlottetown just to mention a few.

New immigrants find this way of life easy to settle in and the increased number of new immigrants is helping create diverse communities in the society.

Communities in the various cities, towns, and villages in and around Atlantic Canada enjoy a great sense of belonging with a certain sense of trust in each other that is not found in bigger cities in Canada.

For residents in Atlantic Canada, the average home cost is CAN $205,291 and monthly transportation costs to workplaces average at CAN$90 which are some of the lowest in Canada.

And homebuyers are drawn to communities that have good employment and educational opportunities, schools, and shops nearby and easy access to healthcare and recreational facilities.

It is very clear that Atlantic Canada is a region on an upward curve and the provincial governments are aiming to maintain this upward trajectory. Immigration is viewed as one of the most important aspects of making sure that the region continues to grow economically in the short and long term future.