From June 6, 2017, candidates in the Express Entry pool who have a sibling in Canada may get additional points under the Comprehensive Ranking System. Additional points are also awarded to candidates with a proven French ability. 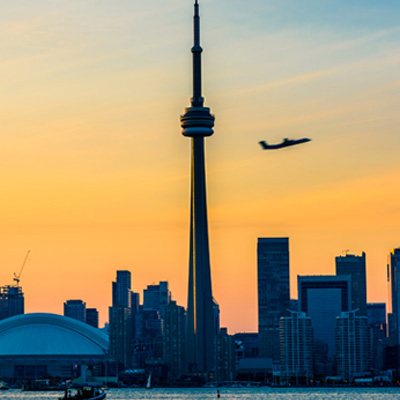 As of June 6, 2017, candidates in the Express Entry pool who have a sibling in Canada may obtain additional points under the Comprehensive Ranking System (CRS). Another change involves additional points being awarded to candidates with proven French ability. These improvements to the Express Entry are the latest to come from Immigration, Refugees and Citizenship Canada (IRCC), with a more dynamic Express Entry system now the driver of economic immigration to Canada.

These changes were announced earlier this year in March but have only been implemented this week, are not as far-reaching as the improvements made to the system in November last year. Back then, the IRCC changed the number of CRS points awarded for a qualifying job offer from 600 to 50 or 200 points, depending on the position offered. In addition to that, candidates who had completed a study program in Canada were awarded additional points for the first time.

Who is affected by these changes?

Speaking about these changes to the system, Canada’s Minister of Immigration Ahmed Hussen was quoted as saying “Economic immigration programs managed by the Express Entry system attract highly talented and skilled immigrants that businesses need to help grow and strengthen the economy.

“As the improvements are implemented, I’m pleased that Canada will welcome more skilled immigrants with siblings in Canada who can help them quickly integrate into their new life here, and that we’ll continue to see Francophone minority communities flourish.”

Siblings, and what are the requirements to obtain these points

The IRCC says, ‘having a sibling in Canada has been shown to improve health and social outcomes by accelerating a newcomer’s integration into their life in Canada.’

Candidates in the Express Entry pool with a sibling in Canada may be awarded 15 additional CRS points if the sibling is a Canadian citizen or permanent resident and at least 18 years of age. Up to 15 points in total, not 15 points per sibling.

Individuals who wish to enter the Express Entry pool are first required to take a language test recognized by the government of Canada in English and/or French. Of the 1,200 points available in total under the CRS, 136 points may be awarded for a candidate’s ability in the first language, with a further 24 available for ability in a second language. Up to 100 more points are available for a candidate’s language skills within the combination of factors.

In addition to that, as of June 6 candidates with French ability are able to obtain even more points. A total of 15 additional points will be awarded to candidates who prove adequate intermediate or better French and English language ability. Candidates who prove adequate skills in French and English language ability may obtain additional 30 points.