The US 2020 elections are underway. Find out how it could affect Canadian immigration for US immigrants and skilled workers wanting to move to Canada.

How the US Elections 2020 Will Affect Canadian Immigration 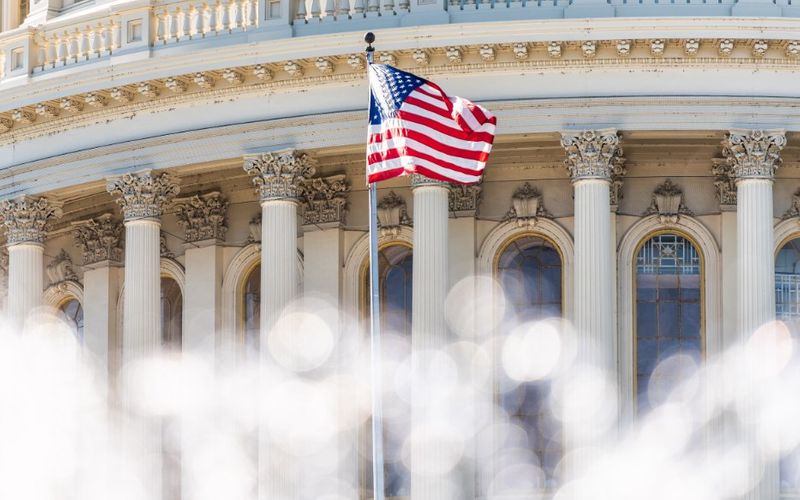 With the US Elections for 2020 looming many US citizens and immigrants eagerly await the results.

Over 95 million people have already cast their votes with polls set to close on November 3, 2020.

The election race is between republican president, Donald Trump and Democratic Party leader and former vice president to Barack Obama, Joe Biden is on.

At the time of publication, Biden seemed to be ahead in the polls with 52% of the vote with Donal Trump not far behinds with 44%.

Below is an indication of trends in individual national polls over the last 14 days. 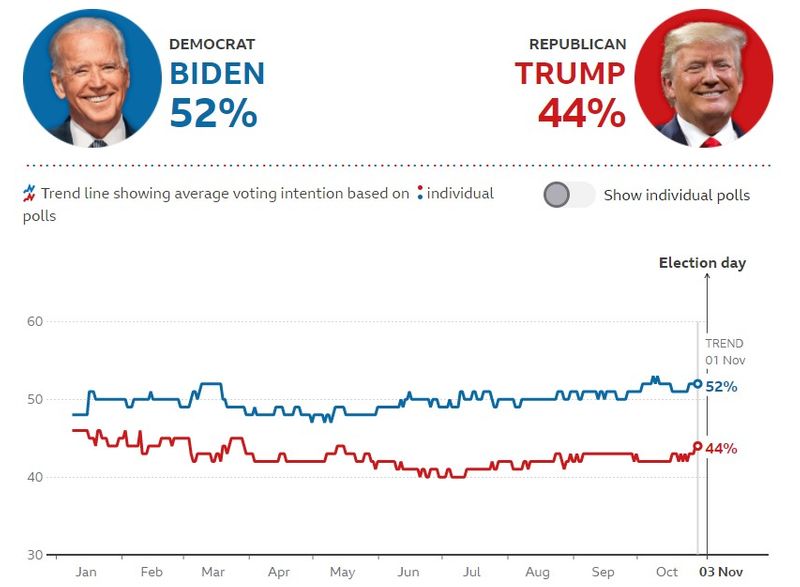 Although polls are a good indication of the popularity of a candidate it is not a guarantee of who may or may not win the elections. For instance, Hillary Clinton was substantially ahead of Donald Trump in the 2016 US elections and yet Donald Trump still went on to take his seat as president due to the US electoral college system.

What is the US Electoral College System?

The voters do not solely elect their president. Each state has various electors of which the US has 538 in total, each with a vote. A candidate needs the majority electoral vote (270 or more) to become president of the United States.

So what will the US 2020 Elections mean for immigrants and how does it affect Canadian Immigration?

What Lies Ahead for Canadian Immigration after the US 2020 Elections 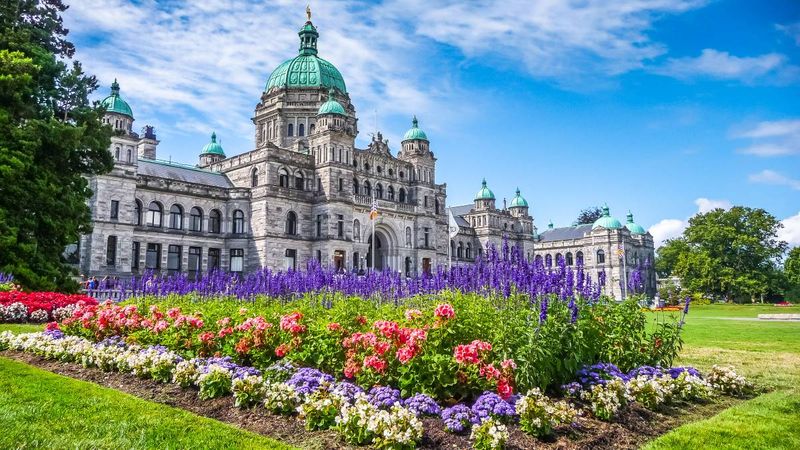 In short, the US 2020 election result could have a huge impact on Canadian immigration.

Both Biden and Trump have vastly different views on immigration policies.

Trump has been very open about restricting immigration, which is evident from the ban he put in effect until the end of 2020, restricting immigrants from applying for work permits. Trump’s administration has also resulted in an increased denial rate of H-1B visa applications of those wanting to stay and work in the US, from 3% to 12% and the denial rate for new employees has also increased from 6% to 24% over the past 4 years. Trump is also still adamant in building the wall on the southern border of the US to prevent undocumented immigrants from entering the country that he proposed over four years ago. He also plans to introduce a merit-based immigration system in order to make the selection process of those wanting to immigrate to the United States and noted Canada’s immigration system as a reference.

Should Biden take the presidency he has vowed to make amends for the flaws in Trump's immigration policies by reversing them and create a fast-tracked immigration pathway for undocumented immigrants. He would also seek to redirect the funding for the proposed border wall and repurpose it for better security at ports of entry, reinstate the Deferred Action for Childhood Arrivals (DACA), which Trump wants to get rid of as well as reverse the travel ban on certain Muslim-majority countries and raise the number of refugee admissions to 125,000.

How Will the Outcome of the US Elections Affect Immigration to Canada?

Canada has seen an increase of US citizens looking to immigrate to Canada over the recent years of Trump’s administration, with almost 85% of skilled workers originating from the US.

Most US citizens are not only drawn to Canada because of its liberal views, free healthcare and amazing education system, as well as its welcoming immigration policies but also its immigration systems such as the Express Entry system, has made the application process much easier and faster, cutting processing times to as little as 6 months.

Canadian immigration targets are more than three times that of the US, which has recently increased. The announcement for new immigration levels for 2021-2023 was announced on October 30, 2020, stating that the Government aims to invite:

This is an attempt to make up for the shortcomings due to the travel restrictions driven by the pandemic.

The bottom line is that regardless of who wins the US 2020 elections, the US simply won't have enough places available to accommodate skilled workers looking for work abroad, especially with the high unemployment rate that has taken its toll on US citizens as the economy struggles to bounce back.

Canada has already made up for over 75% of job loss due to the pandemic and has increased it immigration totals for the next three years, which demonstrates how dedicated the Canadian government is to its people, their well being and those seeking to join its community.

Ready to take the next step in your Canadian journey? Simply visit our blog here for 3 great ways to immigrate to Canada in 2020 or click the link below to speak to one of our immigration consultants!

Let Us Take Care of Your Application 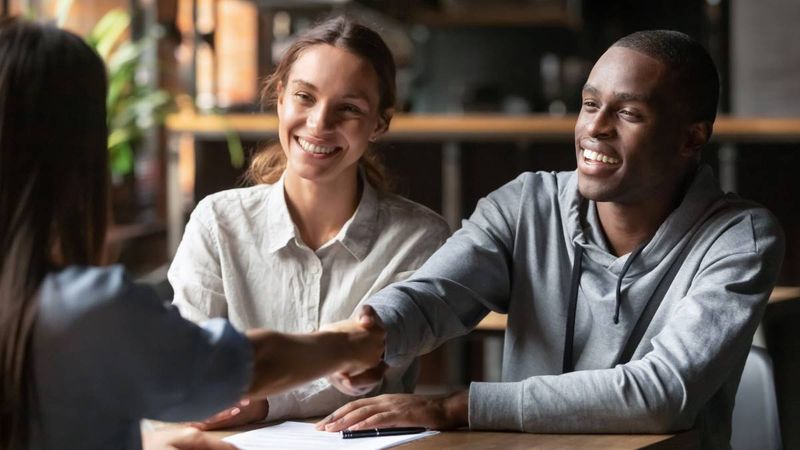 Applying for a visa can be time-consuming and confusing. With strict deadlines, procedures and requirements to adhere to, it can be easy to make a mistake that could cost you your chance to immigrate to Canada. But with the guidance and assistance of one of our knowledgeable Regulated Canadian Immigration Consultants (RCIC’s), the process will be stress-free.