Education in Canada is known globally for its excellence, quality, and vibrant campus lifestyle. The best regions for international students are Atlantic Canada- It has of top universities and colleges. Read more to dicover

About Education In Atlantic Canada 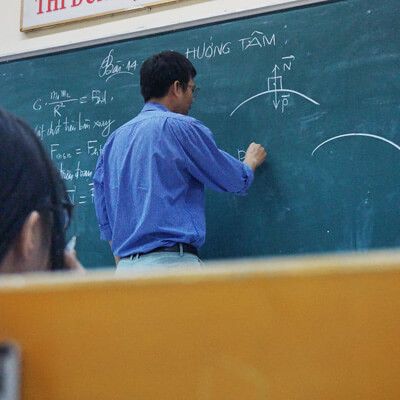 Education in Canada is known globally for its excellence, quality, and vibrant campus lifestyle. Canada finds itself firmly placed on the map when it comes to studying and teaching due to its high standards and world-class institutions. Over the east coast in Maritime Canada otherwise known as Atlantic Canada, the higher education facilities and programs are equally impressive. Although much smaller in size and population, the east coast region of Canada is a wonderful option for individuals wanting to study in Canada. Atlantic Canada comprises of top universities and colleges such as the University of Prince Edward Island, Crandall University, University of New Brunswick, and Dalhousie University just to mention a few.

Well known for its natural beauty, friendly people, quality of life, and a low cost of living that is envied around the world, this makes it an even better option for education than the populous universities in the bigger provinces in Canada. The region also boasts a high-quality education system specializing in a wide variety of undergraduate, graduate, and community colleges, with education and training available in French or English. This makes Atlantic Canada a preferred education destination for Canadian and international students alike.

Maritime Canada comprises of four provinces located on the Atlantic coast, these include New Brunswick, Nova Scotia, Prince Edward Island and the easternmost province of Newfoundland and Labrador.

There is also a wide range of community and public colleges in all four Atlantic Provinces. Each college's unique variety of programs focus on practical skills training and provide educational opportunities for everyone. The Atlantic region also boasts a great number of schools offering programs which specifically target the demands of the current job market. 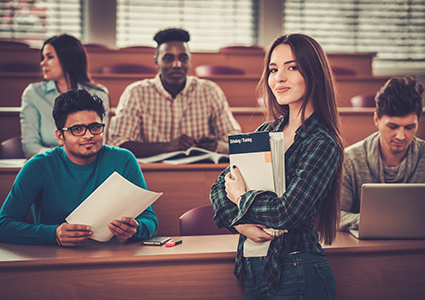 Welcoming students from over 100 different countries, New Brunswick has a diverse population of international students attending French and English modes of learning in the various colleges and universities.

New Brunswick is officially bilingual, with nearly 32 percent of the population speaking French and 64 percent being English speaking. As a result, the higher education system in the province reflecting this linguistic concept.

The Université de Moncton, with campuses in Moncton, Edmundston, and Shippagan, is the largest French-language University in North America outside the province of Quebec, while the other three public universities are primarily English-speaking. Five of the province's eleven community college campuses offer programs in French, the other six in English.

The University of New Brunswick is the largest degree-granting institution in the province and offers a broad range of undergraduate programs, as well as graduate degrees in areas such as arts, science, engineering, forestry, business, and computer science. It also provides pre-medicine and pre-dentistry programs.

Nearly all New Brunswick universities are engaged in distance education programs, using telecommunications technology and on-site instruction to reach communities throughout the province.

Three private universities with a religious affiliation are granted the right to offer degrees through acts of the New Brunswick Legislature and these include Crandall University, Saint Stephen's University, and Kingswood University.

Nova Scotia is home to 11 universities, 13 college campuses, and many English and French programs. Known as Canada's Education Province, Nova Scotia is recognized not only for its number of institutions but also for the wide variety of available program options.

With 13 campuses across the province, the Nova Scotia Community College (NSCC) welcomes over 25,000 students each year with over 110 program choices. The NSCC also offers long distance learning curriculum.

Students and faculty from over 120 countries come together to learn, teach and do research in Nova Scotia. Students are encouraged to undertake cooperative work terms, both in Nova Scotia and overseas, exchange programs, and even to participate in global research.

Some of the province's degree-granting institutions are highly specialized whereas others offer a broader range of undergraduate and graduate programs. These include six English-language universities - Acadia University, Cape Breton University, Dalhousie University, Mount Saint Vincent University, Saint Mary's University, and St. Francis Xavier University – and one French-language university college, Université Sainte-Anne, which provides a comprehensive range of educational opportunities in French at both the college and university levels.

The Nova Scotia Community College (NSCC) provides a province-wide system of training and education. Physically located on 13 campuses and a number of learning centers, the NSCC offers certificate, diploma, and post-diploma programs throughout five academic schools that serve key sectors of the economy: applied arts and new media, business, health and human services, trades and technology, and access. As well as receiving classroom training, students have the opportunity to take apprenticeship courses, safety training, and regular college programs through the Internet. 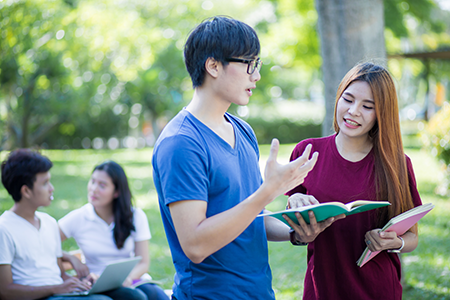 Newfoundland and Labrador is home to one university, one public college, and at least 18 independent private colleges.

Memorial University, located on four campuses (three in Newfoundland and Labrador and one in Harlow, England) is known for its strengths in engineering, business, geology, and medicine. It is also home to the Marine Institute, one of the world's leading ocean technology research and teaching institutions. With over 17,500 students, Memorial University is the largest university in Atlantic Canada.

The College of the North Atlantic, boasting 17 campuses across the province, welcomes over 20,000 students each year. It offers over 100 full-time programs, 300 part-time programs, and includes an Office of Applied Research.

Memorial University in Newfoundland is the only public university in the province, it enrolls over 18,000 full-time and part-time national and international students. The university award-winning research in oceans, health, energy, natural resources, culture and heritage and many other areas. The continued growth of the university’s graduate programs enhances its research and development capacity and that of the province as a whole.

Canada's smallest province is home to one public university, one private college, and over 20 private training schools.

The University of Prince Edward Island has a growing reputation for academic excellence and research innovation, specializing in veterinarian and life sciences. The university offers programs and courses in various areas of interest such as Arts, Science, Business, Education, Nursing, Mathematics and Computer sciences, and Veterinary Medicines just to mention a few.

Holland College, which was founded in 1969, boasts 13 campuses across the province and offers over 65 full-time programs. Holland College is also home to the Atlantic Police Academy, and the Culinary Institute of Canada, the top-ranked culinary school in Canada.

Whether it’s the great outdoors or quiet lifestyle that takes your fancy, Atlantic Canada has something for everyone especially if you are an international student from abroad. Whilst a great location and excellent education facilities are top of every international student's list of priorities, it is important to understand what your student life will be like in your chosen destination. Do living costs fit your budget? Will you find a student community that will be easy to integrate into? All these questions come into play. In that case, look no further than Atlantic Canada which has some of the lowest tuition fees in the country with courses starting from as little as CAN$6,000 annually and monthly accommodation costs at an average of CAN$500. Whilst you are likely to find great communities in any destination in Canada, as a student you’d be hard-pressed to find one as friendly, tolerant, welcoming as the one you’ll experience in Atlantic Canada.

Join over 530,000 international students in Canada!

Benefits to Studying in Canada

Canada is not only known for its snow clad peaks, ice hockey and a popular neighbour to the USA but is also known for having some of the world’s highe

Studying in Canada Is a Pathway to Permanent Residence