Find out how you can find a job in Canada’s food service industry. 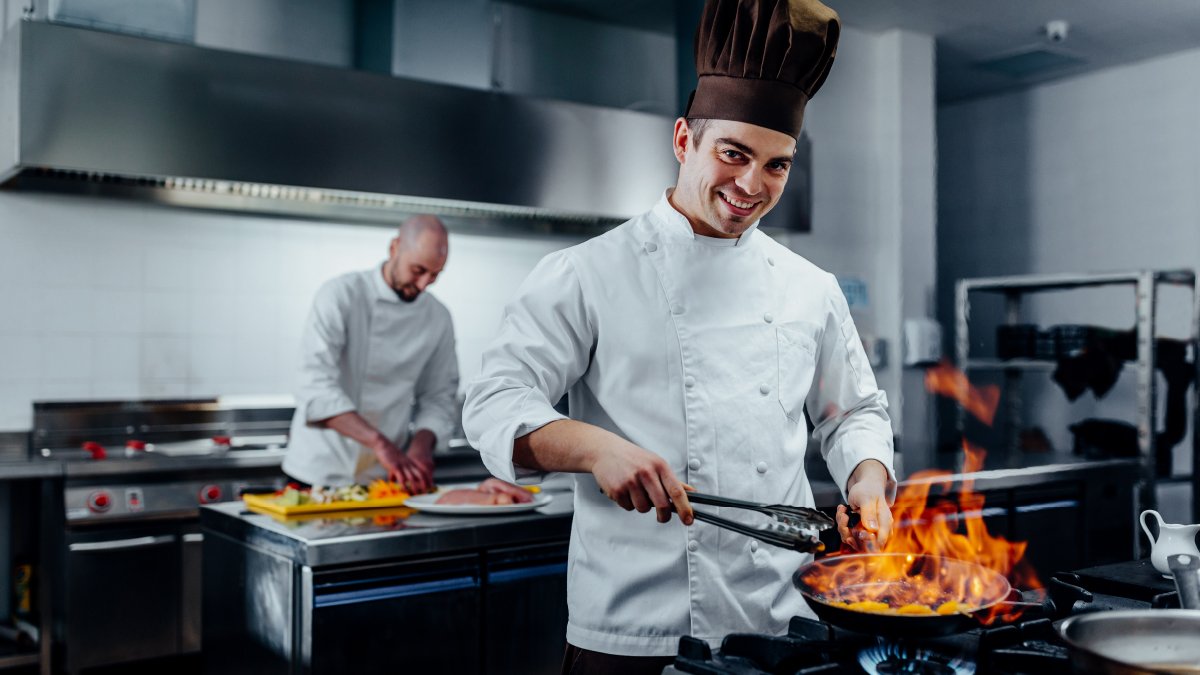 If you're a food service worker looking to broaden your horizons, you'll be happy to learn that you can find a job in Canada doing just that, while enjoying a better standard of living and being fully-immersed in the Great White North's food scene.

Canada's food services sector ranks as one of the top employers in the country, employing over 1,1 million across the board. With the number of vacancies in Canada recently reaching a record high of over 1 million, reports show that openings in the food services industry - along with accommodation and retail services (which employs food workers) - jumped to over a third, leaving employers in these sectors needing to fill more than 100 000 positions in each area. 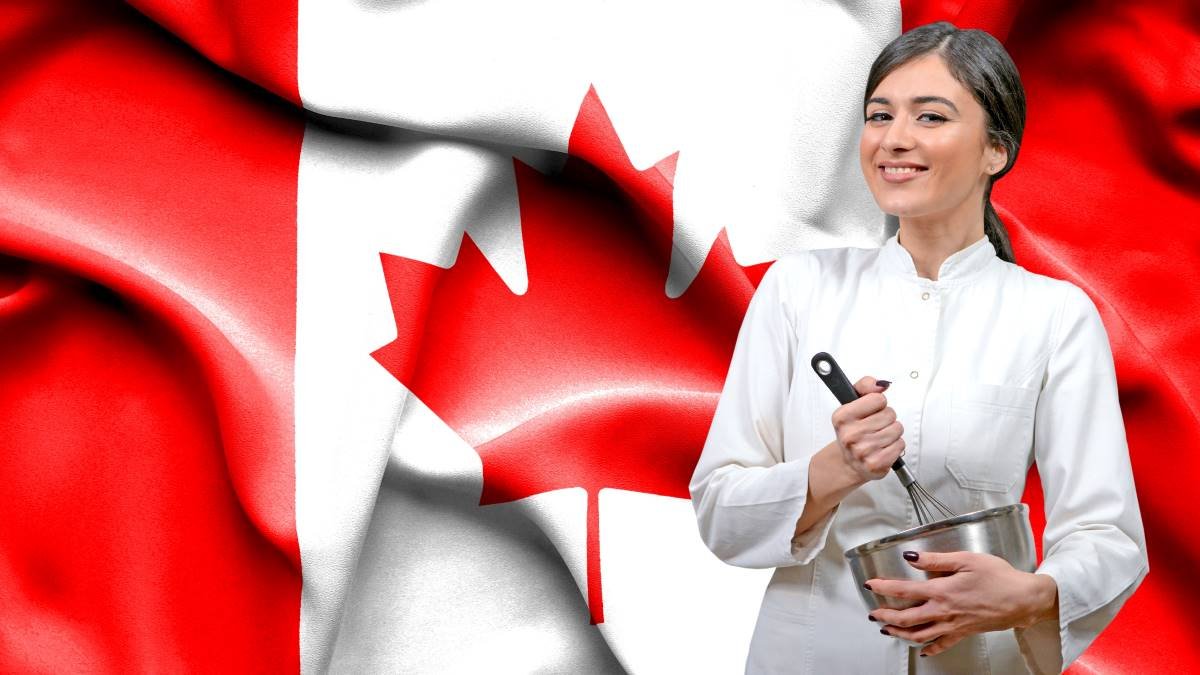 Census statistics have, over the years, revealed that immigrants play a significant role in the growth of Canada's food services sector. Famous immigrants who have found success in the Canadian food service sector include Mike Timani, Vikram Vij, Susur Lee, Massimo Capra Dimitrios and Jimmy Antonopoulos. Discover how to find a job in Canada in this industry and where the best jobs are!

Your National Occupation Classification (NOC) code is the number by which the job is listed in the Canadian job classification system. Each NOC code has a specific job title, lead statement, as well as list of main duties and responsibilities. Note that to Canadian Immigration, your job title will not be as important as your work experience. This must match the lead statement. There would be instances where your work experience could fall under several different NOC codes, and your job title may be under one that isn't in line with your experience. Be sure to choose the correct code to avoid a rejected application.

Job skills that fall under NOC B are usually technical jobs and skilled trades that require a college diploma or training as an apprentice, such as chefs.

Top Food Service Jobs In Canada And Their NOC Codes

This group consists of different levels of chefs who plan and supervise food preparation and cooking activities, as well as cooks who prepare and cook meals and different delicacies. They can be employed in restaurants, hotels, hospitals and health care or special care institutions, clubs, businesses and on cruise liners.

Requirements for chefs and cooks to work in Canada:

Provinces with the most cook and chef jobs

All food operations require management staff to ensure that production runs smoothly, customers are happy, there is sufficient stock, quality is maintained, and budgets are adhered to. Food service managers and supervisors fall under skill level 0, which is for managerial positions in the National Occupation Classification system.

Provinces with the most Food Service Manager jobs

Home to a great food culture, Canada has many restaurants, so naturally, there would be many jobs for waiters or food servers. Food and beverage servers are also considered to be tourism-related occupations. For this reason, servers in Canada are readily employed in major holiday spots around the country.

Provinces with the most Food Service Manager jobs

Foreign nationals who wish to find employment as farm workers in the food industry in Canada will find that Ontario has a huge amount of farms and is the top producer of crop and livestock products. Prince Edward Island, on the other hand, is said to be Canada’s largest producer of potatoes. Options for entry to Canada include the Agri-food Pilot

Provinces with the most farm worker jobs:

Industrial butchers and meat cutters, poultry preparers and related workers (9462) Because fewer Canadians are taking up this profession these days, there is a great demand for foreign nationals to fill this gap. This is mainly due to the hands-on nature of this job, as well as the rise of a meat-free culture among the younger population. But even with many vegans in the country, butchers remain sought-after.

Butchers are so highly sought after throughout the country that the government has made it even easier for employers to hire butchers from overseas by removing the tedious LMIA - a requirement when applying for a work permit.

Provinces with the most butcher jobs: Saskatchewan

How Much Can I Earn as a Food Services Worker in Canada?

According to talent sourcing statistics, the average food service worker salary in Canada is just over $34,300 per year or roughly $17 per hour. Entry-level positions are said to begin at $29,250 per year; high-level food service workers like head chefs can make up to $40,800 per year.

Find Your Pathway to Working in Canada 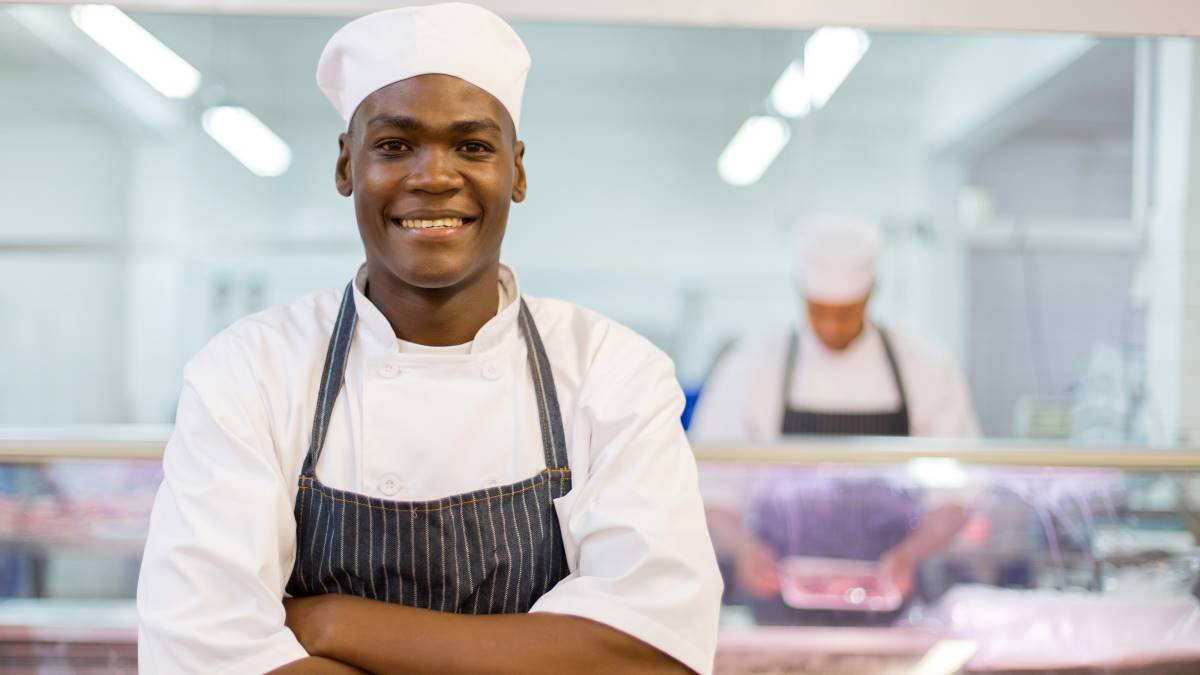 Candidates in search of certain food service jobs in Canada via a work permit will need to be in possession of a valid offer of employment letter from a Canadian employer and a copy of the Labour Market Impact Assessment (LMIA). LMIAs are issued by the department of Employment and Social Development Canada (ESDC). The work permit process will depend on the applicant's country of origin. Applicants will also have to get a temporary resident visa to enter Canada.

Migration to Canada is possible for some food service workers, provided they are eligible. Requirements include:

For many people wanting to work in Canada, securing a job in the country and then applying for a work permit would be the first port of call. But with most foreign nationals wanting to establish themselves in the country more permanently, let's explore some different immigration pathways.

The Express Entry system is Canada's main immigration channel that processes skilled worker applications at the speediest pace. It runs on a points-based system which ranks candidates based on a number of factors. The highest-ranking applicants receive Invitations to Apply (ITA).

The Express Entry System may not be an option for semi- and intermediate-skilled foreign nationals, but they have one in the Atlantic Immigration Program. The particular immigration stream was established to assist employers in Canadian maritime provinces with the recruitment of foreign workers in a bid to fill labour gaps. There are many food service industry jobs in these regions.

As its name states, the Agri-Food Pilot focuses on attracting non-seasonal farm and livestock workers who would like to settle in Canada. To qualify, applicants would have to have a minimum of one year's non-seasonal work experience in the country, as well as a permanent job offer in the relevant industry.

Work in the Food Service Industry in Canada in 2022

Now that you know what your options are in terms of a job in the food service sector in Canada and the permit and immigration program options, it's time to find out which NOC B your job title falls under and take that first step to live and work in Canada. Let your food journey in Canada begin!

What is the Comprehensive Ranking System?

The Comprehensive Ranking System (CRS) is a points-based system used to assess and score an applicant's profile to rank them in the Express Entry pool. Assessments are based on:

How Many CRS Points Will I Need to Qualify for an Invitation to Apply (ITA)?

It depends entirely on the draw you'll be in. A CRS score of between 450-460 should be enough to qualify for at least one draw per year.

What is Job Bank?

Job Bank is Canada's main job and employment information hub. If you don't have an offer of employment, you can register with the Canadian Job Bank first. You’ll find information on: