Discover how to immigrate to Canada in 2023 and join the 411,000 immigrants moving as permanent residents. 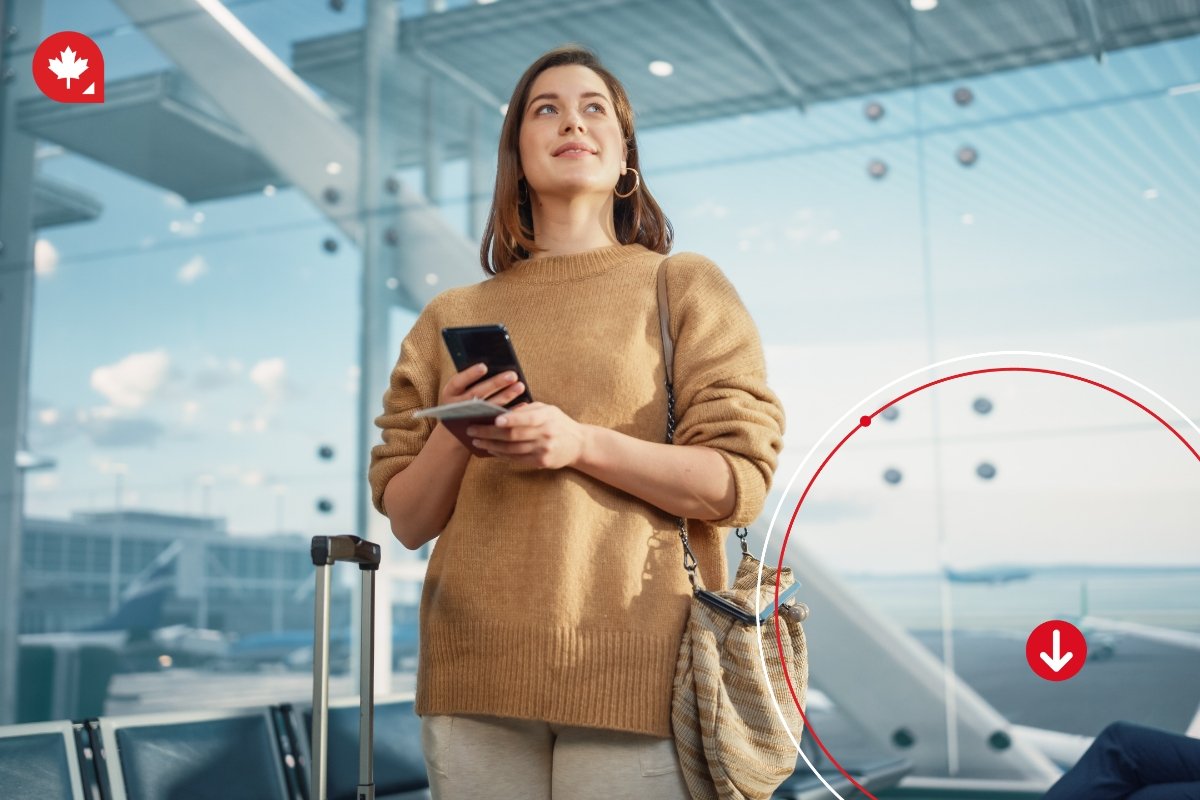 There’s no better time to start your move to Canada for 2023 than right now! As we’ve mentioned in previous blogs, moving across the world doesn’t happen overnight, it takes planning and time.

Now would be the best time to learn how to immigrate to Canada in 2023 because the Canadian government has a goal of inviting 465,000 new immigrants as permanent residents and by preparing ahead you can increase your chances of being one of them.

Let’s have a look at how you and your family can live in one of the best countries in the world! 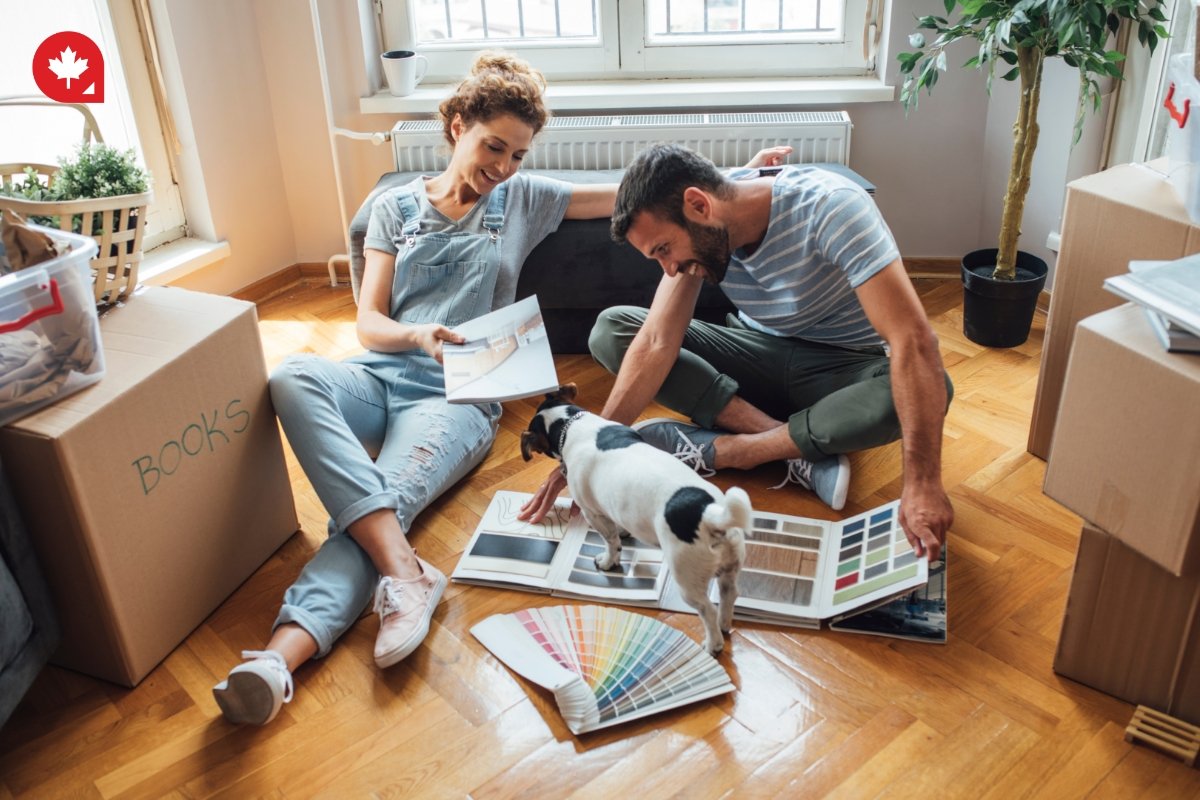 Canada is a big believer in immigration and therefore has over 100 visa and immigration programs to allow immigrants from all over the world to work and live in Canada. Of these many programs, Canada has five top programs that will have you living in Canada as a permanent resident.

They are as follows:

If you haven’t heard of Canada’s famous Express Entry yet, then you’re missing out as it is one of the top ways to immigrate to Canada as a foreign skilled worker. Express Entry, which started in 2019, is an online system. This makes it accessible to everyone from all over the world.

So, how does Express Entry work?

You would need to determine if you meet the Express Entry requirements, if successful you’ll need to create an online profile. After this, you’ll then be placed into the Express Entry pool, along with other eligible candidates. You’ll also be given a Comprehensive Ranking System (CRS)  score which ultimately determines if you will receive an Invitation to Apply (ITA). An ITA means you have the chance to apply for Canadian permanent residency.

How to receive a good CRS score

Your total CRS score is made up of two sections. The core set of points is a total of 600 and the additional set of points of 600 points. This makes the maximum score 1,200 points.

Express Entry candidate profiles can remain active and rank against other candidates for up to 12 months. The higher you score, the more likely you are to also receive your results faster.

The Provincial Nominee Program (PNP) is yet another great way to move to Canada. In order to address the labour needs in each province of Canada, the government and local provinces have an agreement. The agreement allows the local provinces to nominate eligible foreign skilled workers, such as yourself, to live and work permanently in Canada.

There are many advantages to the PNP. They include:

Here are the 11 Provincial Nomination Programs in Canada:

How to apply for a Provincial Nomination?

Applying for a provincial nomination can go two ways. You could apply directly via a paper application or the Express Entry system. It’s good to know that applying directly will have additional costs because you’ll be using mail or courier services and it will take approximately 15 to 19 months to find out the results of your application.

However, if you go via the Express Entry system your processing time will be much faster and you’ll have two ways to apply. Either through expressing interest through your Express Entry profile or by applying through a Provincial Nominee Express Entry Stream.

Regardless of the method, you choose to apply for a nomination through, a good tip would be to always apply to a province in Canada where your occupation or skill is in-demand. Doing so will increase your chances of receiving an ITA and immigrating to Canada in 2023. 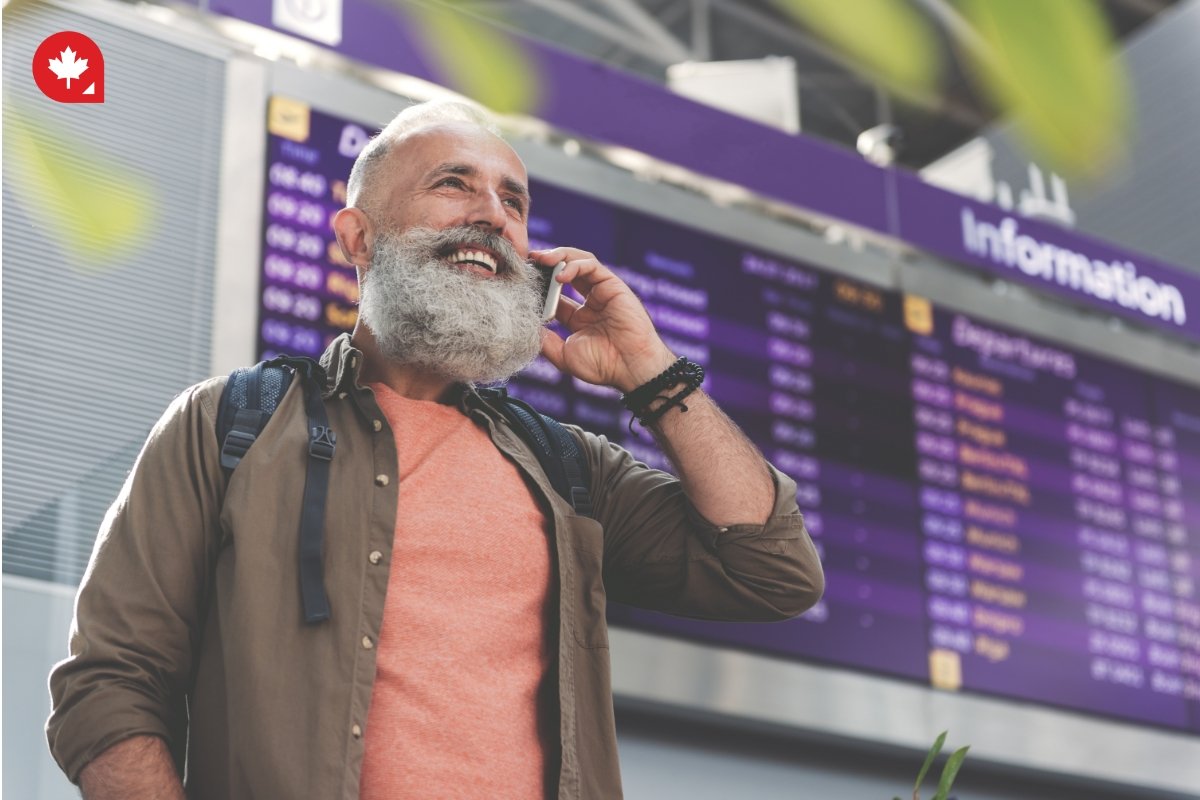 This stream allows the sponsor (who is a permanent Canadian citizen) to sponsor their spouse or partner for permanent residency in Canada, whether they are currently in Canada or not.

This stream is limited to 10,000 people as that is the amount that the IRCC invites per year. Applicants can sponsor their parents or grandparents to move to Canada, however, they will have the financial responsibility on their shoulders.

The government doesn’t offer financial assistance for this program.

If the children receive approval from the IRCC, biological or adopted, the sponsorship will apply to them. Children qualify as dependents if they’re under 22 years old and don’t have a spouse.

If you have a brother, sister, nephew, niece, or grandchild that is orphaned, you will be allowed to sponsor them if you are residing in Canada. Other options are to sponsor one relative (brother, sister, nephew, niece, aunt or uncle) of any age if you don’t have a closer living relative such as your spouse, dependent children, parents, and grandparents.

Who Is Eligible to Sponsor?

You can sponsor your spouse, partner or dependent child if:

As a sponsor you will need to make a promise that you’re able to take care of the person you’re sponsoring financially, this promise is known as an undertaking. The undertaking commits you to:

There’s also the sponsorship agreement which is a document stating that you and your sponsored family members agree that:

The length of the undertaking depends on the age of the person you sponsor, the relationship to you and where you live. Below is a table demonstrating the period of each sponsor type.

The entire application process for the Family Sponsorship takes around 12 months but can be longer depending on the country you’re immigrating from.

Spouses can work in Canada under Sponsorship Programs

This is yet another advantage of the family sponsorship program because it’s designed to allow spouses to work in Canada while waiting for their applications to be finalized. However, this part of the program is only for individuals who are already living in Canada under a temporary visa.

The AIP was specifically designed for Canada’s four Atlantic provinces. The main aim of this program is to assist Canadian employers with finding skilled or qualified foreign nationals who were able to close gaps in the market where they couldn’t fill them locally. This program enables skilled workers to immigrate to one out of four provinces:

There are three programs within the AIP:

In order to qualify for the Home Care Provider Pilots, you’ll need a valid job offer from a Canadian employer. You’ll also need a one year post-secondary education credential. There are two types of home care provider pilots. 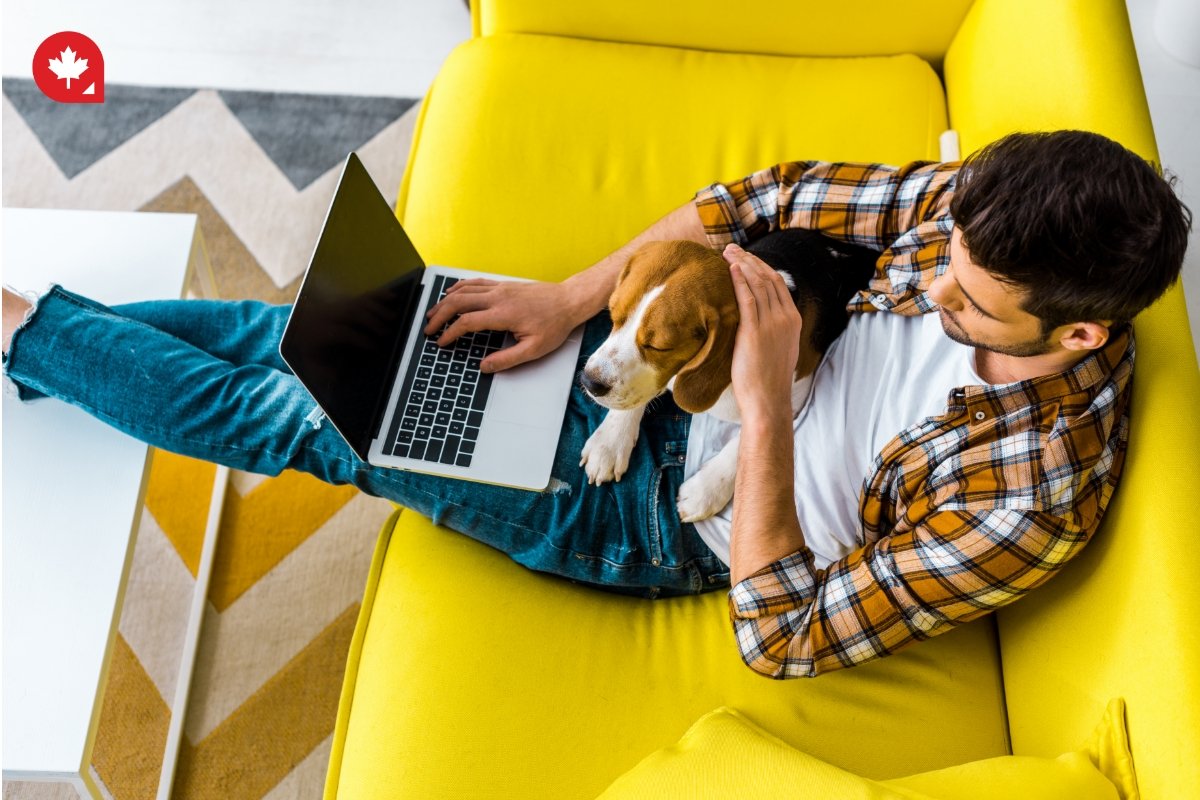 What is the maximum age for foreign nationals to immigrate to Canada?

There is no set age limit requirement for any Canadian immigration program. Although, applicants between the ages of 25-35 receive the maximum amount of points. This in no way means that older applicants can’t be selected. Having enough work experience, connections to Canada such as relatives, high language proficiency, and advanced education or the equivalent of Canadian education can easily make up for any points lost for age in the economic immigration process.

Family sponsorship, humanitarian and refugee immigration to Canada don’t use a ranking system so age will not influence the immigration process.

Can I bring my family to Canada?

Absolutely! Some immigration programs allow foreign nationals to immigrate to Canada with their family members. The family members who are able to accompany the individual immigrating will depend on the immigration program of choice. Those immigrating through Canada’s Express Entry system can include their spouse and dependent children on the application, but their parents will not be included in this option. Canada specifically has the family sponsorship program enabling Canadian citizens and permanent residents to sponsor their spouse or common-law partner, dependent children, and parents/grandparents.

What is the difference between a Canadian citizen and a permanent resident?

Can you become a caregiver without post-secondary education?

Yes, you can. If you have past experience or training in-home care support or child care you will be considered, however, you will need to complete a year of post-secondary school education in Canada in order to officially work there.

What are the top occupations in-demand in Canada?

Canada has many jobs to offer that require high skills or low skills. Canada's in-demand occupations range from engineers to electricians and more.

Which city has the most job opportunities in Canada?

Vancouver, British Columbia has a fast-growing economy and is one of the world’s wealthiest, cultured and more diverse cities in Canada. This means there are many jobs available across several different fields. Toronto also has the biggest population of immigrants in Canada and is a great city to find jobs. 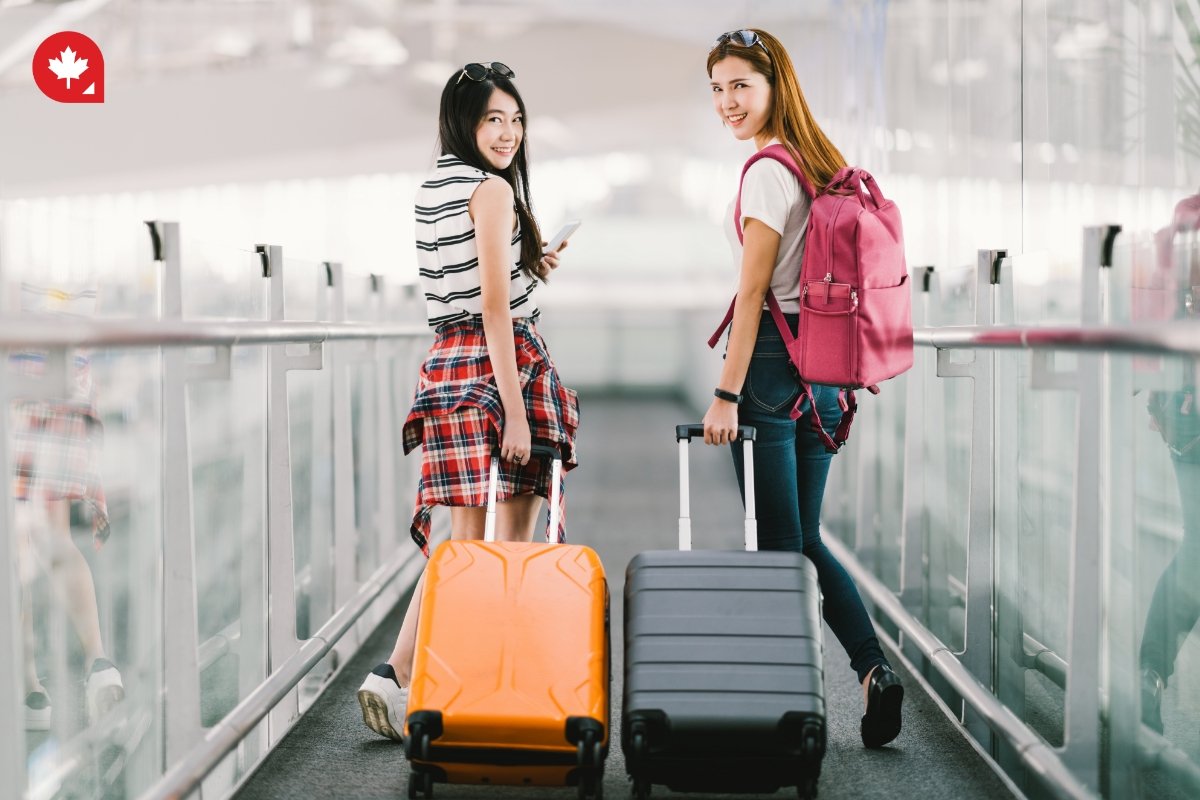 Applying for a visa can be time-consuming and difficult to wrap your head around. With strict deadlines, procedures, and requirements, it can be easy to make a mistake that could cost you your chance of receiving an invitation to apply for permanent residency. But with our vast knowledge of how to immigrate to Canada, we can offer you the guidance and assistance that you will need for a successful application. One of our knowledgeable Regulated Canadian Immigration Consultants (RCIC’s) will be able to help you with the entire process, making your Canadian visa application stress-free.