Jobs in Canada for foreigners through Newfoundland and Labrador's Atlantic Immigration Pilot Program branch. There are over 172 employers who could be looking for you. 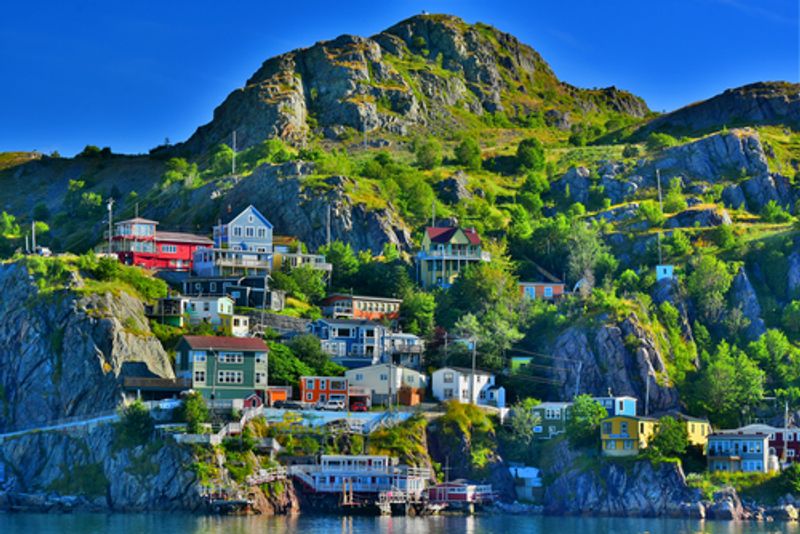 Newfoundland and Labrador release list of jobs in Canada for foreigners! The province is the first of the four Atlantic Provinces to distribute a complete list of employers participating in the growing Atlantic Immigration Pilot Program. Newfoundland and Labrador has experienced immense success with this program and subsequently, the provincial government encourage prospective newcomers to get into contact with employers.

The Atlantic Immigration Pilot Program is designed to attract immigrants to Newfoundland and Labrador, New Brunswick, Nova Scotia and Prince Edward Island to help grow their population and economy. The provincial government of Newfoundland and Labrador recently revealed that, as a result of population decline, there are thousands of jobs available from now till 2025. The program has been so successful that the 2018 intake increased from 1,000 to 2,500 in July. For more information on the Atlantic Immigration Pilot Program click here.

Below you will find a list of over 172 employers offering jobs in Canada for immigrants. If you are interested in immigrating to Newfoundland and Labrador we highlight recommend you start contacting the following Canadian employers.

The capital and largest city of Newfoundland and Labrador, St John’s is known as the oldest city in the entire North America. Rich in history, St John’s has much to offer newcomers, including historic sceneries and sights, several urban parks, museums and of course tons of employment opportunities.

Clarenville is one of several smaller historic towns of Newfoundland and Labrador. The town serves as the natural entrance to the famous Discovery Trail, the area where John Cabot first landed in Canada.

Grand Falls-Windsor is the largest town in central Newfoundland. Do not miss the annual Exploits Valley Salmon Festival, during this time the town truly comes alive.

This town can be found in the centre of Labrador on the coast of Lake Melville and the Grand River. Fun fact, the town is famous for having the largest military air base in northeastern North America.

St. Anthony was home to Dr. Wilfred Grenfell, an influential healthcare figure in Canadian history. In the year 1900 he was responsible for bringing healthcare services to over 30,000 residents. The spirit of Dr. Wilfred Grenfell is now immortalized in the town and can be seen in the ways the community cares for one another.

Have you heard about the musical play, Come from Away? The story highlights the compassion and caring of the citizens of Gander. In this small town you will find several jobs in Canada for immigrants.

Land of the hard-working people! This is the motto of Labrador city and is seen in every action of its 9,354 citizens. The town is found near the border of Quebec and together with its neighbouring town, Wabush, is known as Labrador West.

Bay Roberts, though a small city, is currently experiencing great economic growth. It is conveniently located to all the major Newfoundland markets, for this reason, and many others, Bay Roberts often tops lists of the best towns in Canada.

Mount Pearl is the second largest city in the province with a population of 22,957.

Placentia is a popular tourist town in Newfoundland and Labrador known for its many archaeological sites, 19th century architecture and museums. Become familiar with the Placentia Bay Cultural Arts Centre to stay up to date with all the exciting events in town.

Corner Brooke is the city with the fifth largest population in the province. The city is home to Grenfell Campus of Memorial University, for this reason Corner Brooke is a hub of creativity and the arts.

CBS or Conception Bay South is a lovely coastal town located on the Avalon Peninsula of Newfoundland. Many claim that CBS has the best weather in the province and with a thriving business community more and more are joining this coastal beauty.

Paradise is one of the fastest growing towns in the province. On average it has the youngest population in the province, the majority of its 21,000 citizens are between 28-35. If you are a young family, this town will truly be your Paradise.

Nature lovers rejoice! Rocky Harbour is found right in the heart of the famous Gros Morne National park. The town is also known for its fishing, wood and tourism industries.

Glovertown is a very small town with a lot of spirit. It is home to around 2,300 people who run over 50 businesses in the town.

With all of these employment opportunities and 70+ immigration programs and visa options to choose from, the process can become quite overwhelming and confusing. But it doesn't have to be. By using our accredited Regulated Canadian Immigration Consultants (RCICs) you will not only improve your chances of success in the visa application process, but you will get expert advice on which program is best for your specific needs. Our RCICs are highly qualified and are granted permission by the ICCRC to assist you with your eligibility evaluation, review all your documents and application forms and submit them to the Canadian government for you. Why take the chance of having your application denied because your forms are incorrect or sent in too late. let us take care of all the fine print while you plan your move to Canada.

Getting a job offer does not secure your application’s success, however, it does help significantly. If you are planning to make Canada your new home, you need a team of professionals on your side to ensure your application is correct. That being said, we highly recommend you to browse for jobs in Canada for foreigners to maximise your chances of success. Sign up for services today and let’s get started on your journey to Canada.