If you live in Canada, you will celebrate the National Aboriginal History Month every June. This is where Canada celebrates and honours the heritage of the the First Nations, like the Inuit and Metis people. 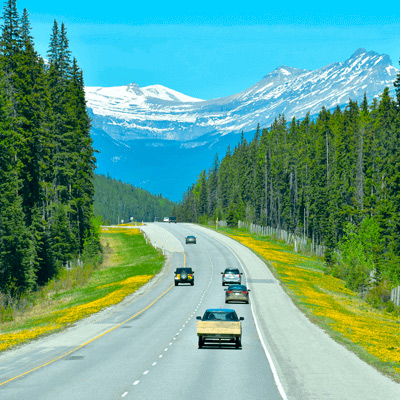 Every June month, Canada celebrates and honours the heritage, contributions and cultures of Indigenous peoples in Canada. During this month, Aboriginal and non-Aboriginal people alike all come together to reflect on and commemorate the First Nations, Inuit and Metis people.

National Aboriginal History day is celebrated on the 21st of June and follows a grand celebration and tribute to the large Aboriginal community residing in Canada. Over this period, many events and festivals take place all over the country and everyone is invited to join in the festivities and support the local craft vendors trading at these events.

The initial idea behind these events was to create an awareness of the indigenous people as well as providing a platform for people who do not know much about Aboriginal culture to learn about their way of life. Since its inception in 2009, National Aboriginal Month has been a much anticipated event on the Canadian calendar and has been responsible for many bonds being forged over the past few years through encouraging cultural competency and intercultural connections among Canadians and its indigenous peoples.

Why do Aboriginal people need to celebrate their culture?

According to a survey conducted on The First Nations Regional Health, it was found that a strong and vibrant culture is a key component needed to sustain a healthy community of First Nations, Inuit and Metis people. Moreover, the study found that “adults who frequently participated in community cultural events were less likely to be depressed, more likely to perceive control over their lives, more likely to perceive greater social support, and less likely to use licit and illicit substances." After years of erosion, the very cultures that were almost defunct are now being celebrated and being passed on to the younger generations.

How do Canadians celebrate Aboriginal Month?

As previously mentioned, there are a host of special events and activities that take place all over the country in honour of the First Nations, Inuit and Metis people. The Canadian Museum of History hosts a special exhibit recalling the history and sacrifices of the Aboriginal people. Showcasing a variety of different artwork, photographs and documents, the exhibit is a sombre look into the difficult past the First Nations, Inuit and Metis people had to endure. In Toronto and Vancouver, there are a tons of festive activities being held which include live musical performances, wrestling events, craft demonstrations, art sales and even a Spirit Catcher Miniature Train that travels through Stanley Park, Vancouver. A large sacred fire is lit in Halifax Waterfront where storytelling and concerts take place among a throng of other partygoers.

National Aboriginal month is certainly a jovial time in Canada, but more than that, it is a time to sit back and reflect on the struggles of the First Nations, Inuit and Metis people and to ensure that their history may never be forgotten or repeated.