Preparing for your future can be both a scary and exciting stage of your life. There are so many options and avenues to choose from! To broaden their horizons and experience something new, many students opt to study in Canada.

Why International Students Choose To Study In Canada

Preparing for your future can be both a scary and exciting stage of your life. There are so many options and avenues to choose from! To broaden their horizons and experience something new, many students opt to study in Canada.

Out of all the many choices available to students, Canada comes out on top. In fact, the number of international students has risen dramatically over the last few years.

So you have decided to study in Canada, but you need just a few more facts before committing to the full experience? Here are a few of the many reasons why others have chosen Canada for their study experience.

Canadian Qualifications Are Valued Around the World 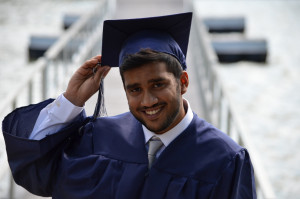 Canada’s high academic standards and rigorous quality controls mean that you’ll be earning a high-quality education that will open doors for your future and benefit your career over the long term.

A Canadian degree, diploma or certificate is globally recognized as being equivalent to those obtained from the United States or other Commonwealth countries.

The quality of education and living standards in Canada is among the highest in the world, but the cost of living and tuition fees for international students are generally lower than in other countries such as the United States and the United Kingdom. As such, Canada is often the preferred choice for students attending college or university.

With almost all of the world’s ethnic groups represented in Canada, it’s hard not to find ethnic foods and recreation activities associated with a specific culture.

Canada is a bilingual country, which makes studying here an excellent opportunity to develop your language skills and boost your prospects for an interesting career.

Coursework in French and English is an integral part of Canada’s educational system, which enriches its cultural and community life.

While you may have heard of or experienced Canadians’ friendly and open nature, you may not have known that the United Nations consistently ranks Canada as one of the best places in the world to live. As an international student in Canada, you’ll enjoy all of the same freedoms which protect Canadians – respect for human rights, equality, and a stable and peaceful society.

According to QS World University Rankings, three Canadian cities, Toronto, Montreal and Vancouver, made the list of the top 50 student cities. The ranking was based on several criteria, including affordability, the diversity of the student population, and employers’ perception of graduates on the job market.

Canada boasts an enviable quality of life, with a cost of living (e.g., housing, transportation, tuition) that is lower than in other countries, such as the US, France and the UK, and offers safety, stability and respect for the rights of individuals and communities. 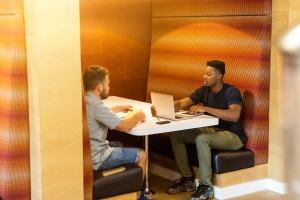 The telecommunications, digital media, video game, biotech and aeronautical engineering industries are particularly strong in Canada. In addition, Canada was the first country to link its schools and libraries to the Internet through its innovative SchoolNet program. It is therefore not surprising that nearly 90% of Canadian households are connected to the Internet.

In fact, according to a study by theCanadian Internet Registration Authority (CIRA), Canadians rank 2nd in the world for the average number of hours spent online per user (41.3 hours per month). Among G8 countries, Canada takes 2nd place in terms of Internet penetration rates.

What’s more, Wi-Fi is accessible virtually anywhere in the country. For example, Montreal has launched an initiative to provide free Wi-Fi across the city. This will make it easy to stay in touch with your family and friends!

Canada a Land of Possibilities

Under Canada’s highly dynamic and hands-on academic environment, you will not only acquire knowledge and skills in analysis and communication, but you will also learn how to express yourself, demonstrate your creativity, and develop your self-confidence!

Teachers and professors are always available and eager to help with lessons, and studies fuse academic excellence with interaction and collaboration in the classroom.

Did you know that some international students with Canadian credentials and Canadian work experience may apply for permanent residency without having to leave Canada?

The Canadian government offers a work program to students who have obtained a diploma from a post-secondary school in Canada and are looking to gain work experience. This is an excellent way to continue to live in Canada while diversifying and developing your professional skills.

Find more tips and advice about immigrating to Canada as an international student by visiting our website here.